In Kansas, lawmakers delay decision on wagering with Chiefs' relocation in mind 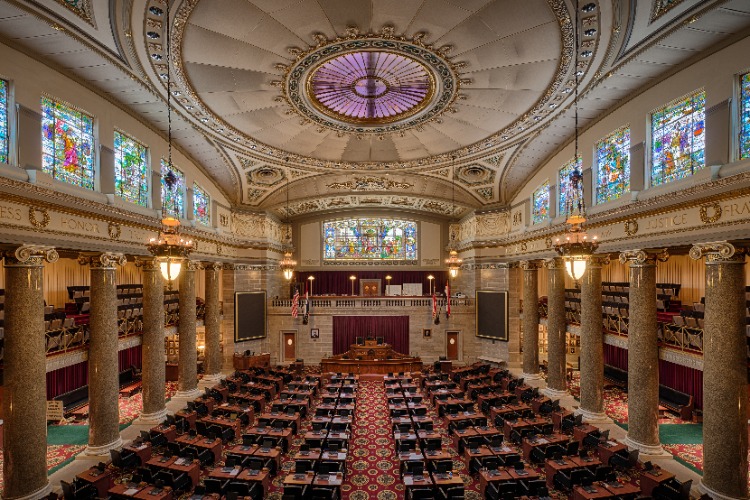 Missouri Senator Denny Hoskins had long been promising a filibuster if the sports betting bill that moved in his chamber wasn’t to his liking. Wednesday night, he made good on his promise.

In a filibuster that went on for nearly four hours, often to a nearly empty Senate chamber, Hoskins cajoled and shamed one of his peers while making nice with others before Senate President Pro Tem Dave Schatz adjourned the chamber “under the rules” at 9:30 p.m. local time, killing the two sports betting bills up for debate.

The session ends on May 13, leaving some time to come to an agreement using one of the other bills filed in Jefferson City. The bills that were killed Wednesday night came out of the House.

“It’s unfortunate that one member who has advocated for years to pass sports betting became the roadblock to allow Missouri residents to to legally wager on sports,” consultant Brendan Bussmann told Sports Handle. “Clearly, VGTs can’t get it done with sports betting and advocates are willing to let the illegal market run rampant while the rest of the industry coalesced around the proposal.”

Sports betting came up on the Senate floor on the same day it did in Kansas, as both states continue a minor skirmish to see which will legalize first. Though there is some negotiating left to do in Kansas, it appears as if the Sunflower State currently has the advantage.

The Kansas Senate delayed its decision on sports betting when it declined to discuss SB 84, which passed through the House before the legislature went on break at the beginning of April. The issue will now go to a conference committee, which will attempt to reconcile the wants of both chambers.

Recently, lawmakers in Kansas have turned their attention to trying to find ways to get the Kansas City Chiefs to move from Missouri to Kansas. To that end, the Senate is interested in earmarking money from sports betting to luring the Chiefs across the border, and that desire appears to be throwing a new wrench into negotiations.

Back in Missouri, Hoskins referred to his “filibuster book” more than once, and told the chamber that he had 153 amendments he could offer — one for every $1 million in tax revenue he said would be lost if sports betting was legalized, but video lottery or gaming terminals were not.

Hoskins has long been a proponent of VLTs, the so-called gray machines that are found in some Missouri establishments. And while he offered up a sports betting bill that did not include legalizing VLTs early in the session, it was clear on Wednesday that he hadn’t given up on the idea.

Missouri lawmakers found themselves in a unique situation this session, as a coalition of professional sports teams and casinos came together to craft legislation that was eventually filed in both chambers. Hoskins wasn’t part of that discussion, but on Wednesday, when he offered up replacement language for the sports betting bills, it did include many of the provisions that both operators and teams sought such as  a 10% tax rate and an entertainment zone around each professional venue.

In addition, casino operators would be entitled to three skins, or digital platforms, per retail property, with a cap of six skins. Penn National Gaming (Barstool Sportsbook) and Caesars each own three properties, and under the agreement, they would each get six skins. Boyd Gaming (FanDuel), Century Casinos, and Affinity Gaming each have two retail properties, and Bally’s has one. Six more skins would be earmarked for pro sports teams.

But none of that mattered, as it was clear that senators were unwilling to pass a bill that included legal VLTs.

Hoskins isn’t shy about being heard or making a point. Early in the filibuster, he went around with Sen. Mike Bernskoetter, who had proposed an amendment to strip VLTs out of the legislation. Here’s a look:

Hoskins: What do you think about white-label sportsbooks?

Bernskoetter: I have no idea what white label is.

Hoskins: What about AGR?

Bernskoetter: I have no idea.

Hoskins: If this bill would pass with video lottery terminals in the bill, when would they be able to go into service?

Bernskoetter: I have no idea because I want to delete them.

Hoskins: But if your amendment fails?

Bernskoetter: I have no idea.

Hoskins: How many total skins can a casino have?

At one point, Bernskoetter suggested that he and Hoskins stop jousting and bring the amendment to a vote. But Hoskins pressed on, listing all of the professional teams in Missouri that would be eligible for wagering licenses: the NFL Chiefs, the MLB Cardinals and Royals, the NHL Blues, the the MLS St. Louis City FC, and the new National Women’s Soccer League’s Kansas City Current — which it quickly became clear Bernskoetter had not heard of and or has no interest in.

Bernskoetter: I don’t even like to watch kids soccer, so I’m not sure I would go to those games.

Hoskins: Do your kids play soccer?

Bernstkoetter: My grandkids do, and I go to those games, but I don’t like it.

Hoskins grilled his colleague for more than an hour before ceding the floor to a friendlier voice: Sen. Karla May, who favors legal VLTs.

She and Hoskins talked for about two hours about how VLTs were good for small businesses, how it didn’t make sense to legalize sports betting but not VLTs, and how their colleagues would surely vote down the amendment to strip VLTs. But both conversations were merely time fillers on the way to adjournment.

While the House bills that were on Wednesday’s agenda are effectively dead, there are still multiple avenues to get sports betting to the finish line this session, stakeholders say. A different House bill could be stripped and replaced with new language or one of the half-dozen Senate bills — including one filed by Hoskins — could move. Or stakeholders could try taking the issue to voters.

“I would not blame one person that is an advocate for sports betting to take this to the people, as some members of the legislature fail to compromise around a good proposal,” Bussmann said. 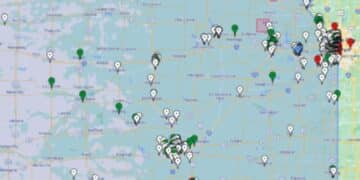