Filling Out A March Madness Bracket Without Having Watched College Basketball

It's a numbers game 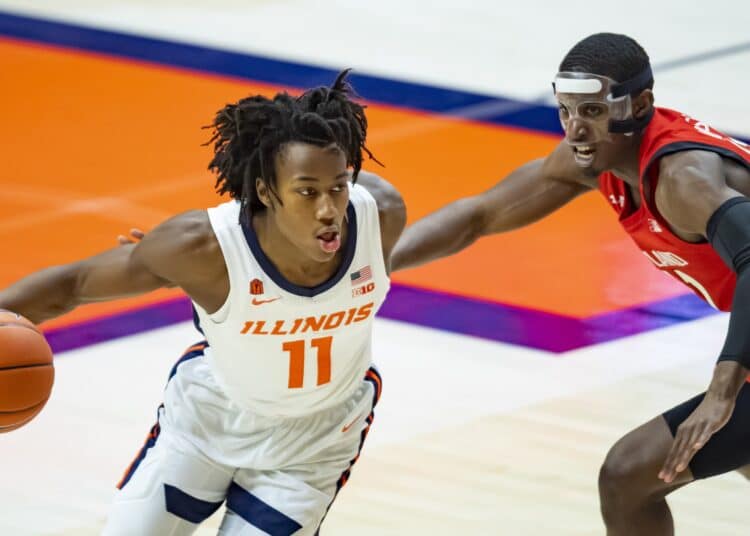 It has been a decade now since I launched my concept of “How to Fill out a March Madness bracket without knowing anything about college basketball.”

There have been many imitators since, which is indeed flattery — of sorts.

But mine still has some twists.

The origin of the concept stems from the fact that many office workers enjoy entering the Super Bowl company “box pool,” because all entrants have to do is fill out one or more of 100 squares, and can get a little taste of sports betting.

Only after the squares all are filled do the corresponding numbers get filled in, too — meaning anyone can win.

But six weeks later, many non-sports fans feel as if they are out of luck with the company’s March Madness bracket pool — believing they can’t compete with their sports-obsessed co-workers.

That’s not true, however.

No player names in this guide

With this primer, you can fill out a competitive bracket for your office pool even if you can’t name a single player participating in the tournament — none of whom will be named in this exercise.

And the best part is that these will be YOUR unique picks — not just a copy of some “expert’s” choices on sports websites.

This ultimately is about game theory and understanding tournament history numbers.

First, here’s the bracket for the men’s event (and here is the women’s version, although unfortunately few offices have competitions over this bracket).

The traditional first round consists of four 16-team regions, as you’ll notice. (Okay, there are four extra teams now, but we’re not going to get too sidetracked by that. Many pools don’t even ask you to pick those games.) This year’s tournament will have a slightly different format, and all games will be played in a bubble in and around Indianapolis. But none of that will affect your bracket.

Here’s how to handle the opening main-round matchups of your brackets:

• 1 seed vs. 16 seed: This is the best-rated team in the region against the worst rated. Just take all the 1 seeds to win that first game, since No. 16 seeds have a 1-139 record in these matchups in the last 35 tournaments (the exception being Maryland-Baltimore County shocking Virginia in 2018). All of the “sharps” in your office will do the same.

UMBC upset No. 1 seed Virginia three years ago today. Who are potential giant killers this March?@sethwalder and @JohnGasaway identify the 10 likeliest upsets in the NCAA men’s tournament (ESPN+): https://t.co/2RdwEyJF9v pic.twitter.com/fb1oNmmiJX

• 2 vs. 15: It’s not quite as impossible an upset possibility — but the 8-132 record compiled by 15 seeds is compelling. Four of those upsets have come in the past decade, so if you insist, you can take your alma mater the 15th seed (but not No. 16, as my Fairleigh Dickinson University Knights were in 2019).

• 4 vs. 13: Now it starts getting interesting — a 29-111 for the 13 seeds, and a 4-12 mark in the previous four tournaments.  Take an underdog here (Ohio, UNC-Greensboro, North Texas, or Liberty) if you have a fondness for any of those schools. A correct pick there would impress your office mates.

• 6 vs. 11: The playing field continues to level further, but just barely — a 52-88 record for the 11 seeds. A complicating factor is that there are two “play-in” games between schools that compete for the prize of being an 11 seed in the main 64-team bracket. Especially if you must choose your bracket before those games are played, just take the 6 seeds there and instead consider 11 seeds Utah State or Syracuse.

• 7 vs. 10: A 55-85 mark for the 10 seeds gives you a good handle on their chances. If your pool gives extra points for correctly forecasting upsets (it’s worth checking on that), then lean a little more toward the 10s.

• 8 vs. 9: The seeding numbers tell you these games are between very evenly-matched teams — so much so that the No. 9s actually have a 72-68 record. Feel free to select a team by which mascot you like better or for other inane reasons — or just flip a coin.

Now to Round Two

You should mostly have these matchups below with 32 teams remaining. If you don’t, double back and consider reducing the number of 11 through 14 seeds that you took in the earlier round. That keeps you from losing too much ground if those first-round hunches lay an egg.

• 1 vs. 8 or 9: Practically a 90% chance historically that the top seed wins this game as well — and if they don’t, well, almost everyone else missed it, too. So pick the No. 1s again.

• 3 vs. 6 or 11: Now you can start taking more chances —the 6 vs. 11 winners usually have been more sternly tested in the first round and thus tend to be a little sharper than a 3 that breezed past a 14 in Round 1. The 11th seeds went 8-4 in this round from 2016-18, though that has not been a consistent track record. There’s room here for a frisky underdog pick.

• 4 or 13 vs. 5 or 12: Not only is this a tossup if you have 4 vs. 5, but you can’t even be sure either one even gets this far — given the potentially dangerous 12 and 13 seeds in the previous rounds. Lean toward the favorite, but know that it’s likely that some 12 or 13 seed is liable to win two rounds or more in the tournament.

By following step-by-step, you give yourself a good chance of finding your way into the top half of your pool standings entering the second weekend of play — and that’s with YOUR picks.

Only four teams are left in each of the four regions now (hence the term “Sweet 16”). If you have any teams left seeded 8th or lower, now is the time to cut bait on them — you’ll either cash out on a happy hunch, or cut your losses on a first- or second-round loser. The same is somewhat true of any 5, 6, or 7 seeds that remain in your bracket, because any or all of them may not even have won their first-round matchups.

These are the regional finals. Most likely, you will have remaining:

But don’t go any deeper with longshots than that — partly because hardly anyone else will, either. Of course, if you’re a “go big or go home” type, pick accordingly.

Now we get to a critical step in determining your chance of winning the office pool.

Some years, there effectively are two segments of your office pool: those who pick the heavy favorite to win it all, and those who don’t. This is one of those years.

The team is Gonzaga, a school located in Spokane, Wash. Our colleagues at VegasInsider.com show us that Gonzaga is about a 2-1 betting line favorite to win the whole thing, with Baylor at 5-1 or 6-1 and Michigan at 6-1 or 7-1, and Illinois checking in around 7-1 or 8-1.

If you live in Big Ten country — mainly meaning the Midwest — then Gonzaga might be a good play in your pool, because numerous Big Ten schools have a chance and your office rivals may well be alumni of those universities (anyone with an alma mater among the top dozen or so contenders would never forgive themselves if the school wins and their bracket didn’t have them winning). In the Pacific Northwest, though, taking Gonzaga just leaves you in a massive crowd of such backers — so look elsewhere.

It’s worth noting that top seeds have won 22 of the 35 titles in the 64/68-team bracket era — so don’t get too cute with your predicted winner.

This method of picking games is designed to maximize your chances of at least getting to the second weekend with a decent chance while some of your office mates will have ripped up their sheets (at least, the old ones who still make printouts will).

Of course, this is more satisfying in a non-pandemic era when people are actually in the same office. But perhaps someone will salute your selections at the beginning stage of your division’s weekly Zoom call.

For all of the time and effort that some of your office mates will put into their selections — buttressed by their endless hours of watching college basketball for several months — there usually are so many last-second baskets in so many games that you have to be damn lucky to have the winner in most of those contests (not that any pool winner has ever thought that luck had anything to do with it).

The “genius” who won his pool in 2019 in large part because he had the predicted winner — Virginia — might have been the same guy who a year earlier saw his title pick — also Virginia — be that only No. 1 seed ever to lose in the opening round.

So you left yourself plenty of time to pursue other areas of interest this winter, instead of inhaling all that college basketball on TV or your smartphone — while you now have a bracket selected that is going to beat some of the brackets by those hoops-a-holics.