Financial Analysis: How Much Will Connecticut Benefit From Sports Betting? 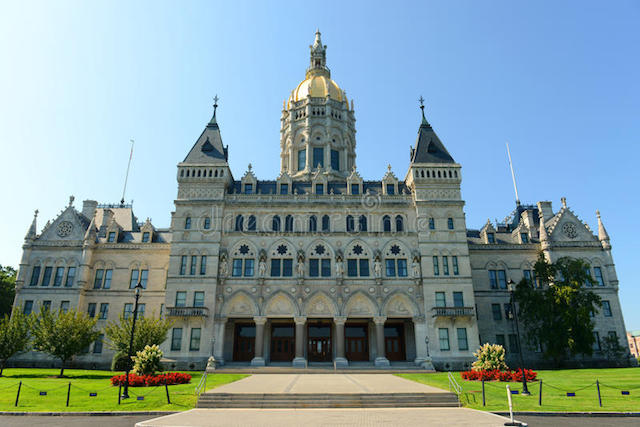 Despite a feeling that a Connecticut sports betting law won’t reach completion during this legislative session, one bill on the table, SB 540, continues to move through the process of getting to the Senate floor.

Earlier this week, the bill, initially introduced by the Finance, Revenue, and Bonding Committee, was reviewed by the state’s Office of Financial Analysis. This step is necessary before a bill can be voted on in either chamber.

The report shows modest gains in state revenue should Connecticut legalize sports betting. For example, according to the report, the Connecticut Lottery Corporation, which would be charged with overseeing sports betting, is projected to see an increase in revenue of “up to $2 million” in fiscal year 2019 and “up to $4 million” in 2020. Those projections do get as high as “up to $16 million” by fiscal year 2023. The revenue would ultimately land in the state’s General Fund.

Lawmakers have been publicly stating that sports betting could bring in “$40-$80 million” per year, and Governor Gina Raimondo of nearby Rhode Island already has factored a reported $23.5 million in revenue from sports betting into her state budget.

Lawmakers Predict Up to $80 Million in Sports Betting Revenue, but Office of Financial Analysis Predicts Up to $16 Million.

In addition, the report shows that the Consumer Protection Department would see a small increase in revenue –“at least $40,000” in 2019 and $20,000 in 2020 based on the licensing fee gaming operators would be required to pay. There is also $100,000 earmarked from sports betting revenue for the state’s Mental Health and Addiction Services.

The report assesses that there will be minimal cost to the state to implement sports betting – the Consumer Protection Department is expected to spend $155,785 annually while the Comptroller’s office is expected to spend $56,597 a year. These figures, for the most part, would cover additional staff.

SB 540 does include a pro league-friendly “sports betting right and integrity fee” of .25 percent off-the-top on all wagers on a leagues’ events, as well as a 15 percent state tax on gross wagers and a 6.35 percent sales and use tax, as well as data rights benefiting the leagues. At a public hearing on March 15, Seth Young on behalf of the Mashantucket Pequot Tribal Nation, which operates Foxwoods Resort Casino, laced into the leagues’ positions regarding the “integrity fee” and such data rights, among other things.

As with legislation across the country, both bills requires sports betting to become legal at a federal level. The United States Supreme Court has yet to issue a decision in Murphy v NCAA, which could result in the elimination of the Professional and Amateur Sports Protection Act (PASPA), allowing states to make sports gambling legal.

HB 5307 on Wednesday was referred to the House Judiciary Committee.

With the fiscal information in hand, lawmakers can now consider passing the Senate bill.

That said, the bill mandates, just as the Attorney General pointed out last week, that sports betting must become legal under federal law and that is must not interfere with current tribal compact agreement. Connecticut’s casinos are owned by two Indian tribes and, according to comments from Attorney General George Jepsen, the tribes “would not have the an exclusive right under the Compacts and [Memoranda of Understanding] between the State and the Tribes, or ‘MOUs’]” to offer sports betting. This issue must be resolved prior to sports betting being implemented.

In recent months, Connecticut has become quite the destination for those interested in seeing sports betting legalized. The state held hearings at which representatives from the NBA and Major League Baseball testified earlier this year, and on Tuesday, former Mets pitcher Al Leiter and former Celtics forward Cedric Maxwell were on hand to lobby in favor of legal sports betting.

We can surmise that they spoke in favor of the “betting right and integrity fee” the leagues have pushed. It is unclear if they appeared on behalf of the leagues, the players’ associations, neither or both.

“I don’t know how [sports betting] is actually going to play out — whether brick and mortar [stores] or existing casinos or online” Leiter said, per the Hartford Courant. “The more you broaden that, there’s got to be some regulation and some people watching to make sure that everything is done properly and maintain the integrity of the respective sport. … There has to be some oversight.’”