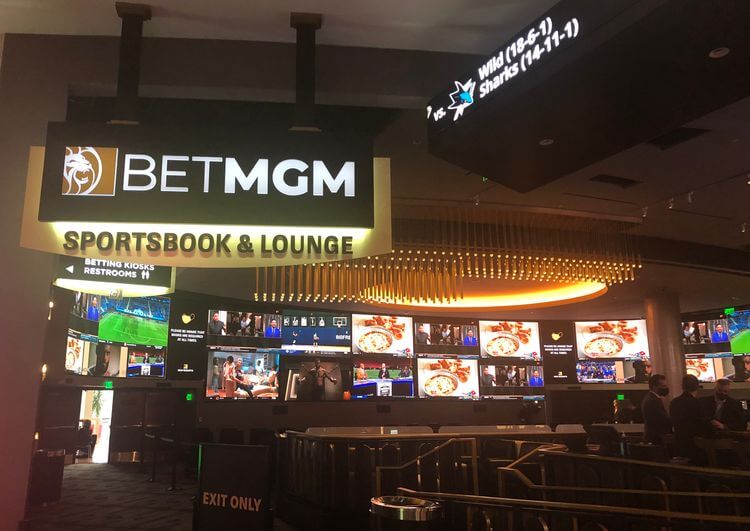 Gov. Larry Hogan, an outspoken supporter of legal sports wagering, placed the first bet in the state moments after a ceremonial ribbon-cutting event. Hogan bet on the Baltimore Ravens (+700) to win the AFC, and the Washington Football Team (+5000) to win the NFC.

“The only loser is MGM, because they’re gonna have to pay me more than 20 grand when I hit this one,” Hogan said.

“Today marks the culmination of years of effort to get sports betting up and running here in the state of Maryland,” Hogan said in a statement. “In addition to allowing Marylanders to bet on the NFL, March Madness, and more, sports betting will also help to keep more dollars in state and will provide another critical revenue source for public education without raising taxes on families and small businesses.”

At the ribbon-cutting ceremony, Hogan was joined by former NFL quarterback Joe Theismann and Calvin Hawkins, the chair of the Prince George’s County Council. The trio all placed initial bets.

In addition to Hogan’s local Super Bowl prediction, Theismann picked the New England Patriots and Tampa Bay Buccaneers to face off in the Super Bowl. A puzzled crowd offered the occasional boo as he explained his bet, although Theismann did clarify he’s rooting for Washington. Hawkins bet on the Washington Football Team to beat the Dallas Cowboys this weekend, drawing a round of applause.

Theismann had nothing but positive things to say about the BetMGM sportsbook setup at MGM National Harbor. The facility includes betting kiosks, a betting counter, a bar, and dozens of large TVs showing sporting events. There are also movie theater-style chairs for those hoping to watch the action.

“I sat in the chairs,” Theismann told the media. “If things go really bad, you can fall asleep.”

Live! Casino will open its FanDuel sportsbook offering at 9:30 a.m., and Hogan and former Baltimore Ravens star Ed Reed will be among those in attendance. Horseshoe Casino’s sports betting launch is set for 1 p.m.

“It’s hard to overstate how exciting this moment is; we couldn’t be happier to see sports wagering get started,” Maryland Lottery and Gaming Director John Martin said in a statement. “It’s a new form of entertainment that we know Marylanders will enjoy, but more importantly, it’s delivering a new stream of revenue for public education in the state. We’re especially proud of that.”

Maryland sportsbooks contribute 15% of their revenue to the Blueprint for Maryland’s Future Fund, which supports state education programs.

Meanwhile, Riverboat-on-the-Potomac (PointsBet) and Long Shot’s were awarded licenses Wednesday. Each of those locations are aiming for an early 2022 sports betting launch, and digital betting is also expected to begin in the state sometime next year.