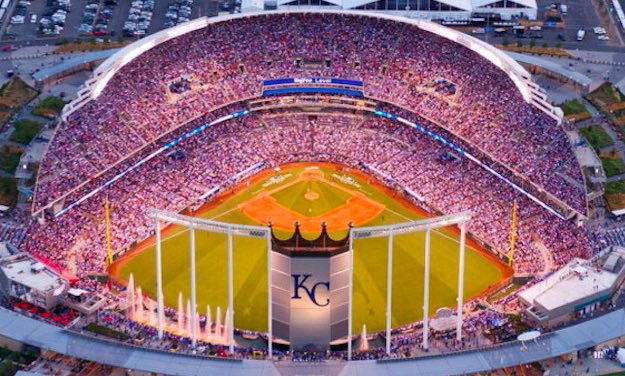 Legislation that would allow for statewide mobile and retail wagering with digital platforms tethered to gambling boats has been introduced in Missouri. The bill — which appears to the be the first filed for the 2022 legislative season anywhere in the U.S. — marks the fifth consecutive time that Missouri lawmakers will consider legal sports betting since the Professional and Amateur Sports Protection Act was overturned in May 2018.

House Bill 1666, filed by by Republican Rep. Phil Christofanelli, is similar to one filed by Senate Majority Leader Caleb Rowden last year. Rowden’s bill was among 10 filed for the 2021 session, and did not get a hearing. Christofanelli’s version sets the tax rate at 6.75% and does not have a league data mandate, but does allow for sports governing bodies to request that certain events or bet types be banned. Licensees would pay a $50,000 initial application fee and a total of $40,000 per year — $20,000 in administrative fees and $20,000 in renewal fees — to keep their licenses current.

The Missouri Gaming Commission would be the regulator, and digital operators would be required to work with existing gambling boats to offer wagering. Gambling boats would be awarded facility licenses, and digital platforms would then have to apply for for an interactive sports platform license and partner with a facility.

The bill is likely the first of many. Missouri lawmakers have struggled to come to a consensus, not just about what sports betting in the Show Me State should look like, but whether or not wagering should be legalized alongside video lottery terminals. Sen. Denny Hoskins, whose bill last year made it to the Senate floor but never got a vote, and Rep. Dan Shaul have plans to file bills that will include both. They both did so last session, as well.

“We need to do something,” said Rep. Dan Shaul. “People in Missouri want to be able to bet on sports.” https://t.co/0hjn85RlEQ

“I wish it was as simple as, ‘Hey, you want to bet on sports, then you just bet on sports,’”  Hoskins told a local TV station this week. “Obviously, when you look at the big picture, that’s what we’re trying to do, but a lot of the devil is in the details.”

Shaul told the same TV station that by legalizing VLTs and sports betting, Missouri could bring in $400 million per year in taxes. It’s been a dead end for Missouri lawmakers in the past to try to package the two together, but Shaul is undaunted and plans to file a bill later this month. The 2022 Missouri legislative session opens Jan. 5 and the pre-filing window opened Wednesday.

“We’ll take legalized betting and also the video lottery terminals and add those together and deal with both issues at one time,” said Shaul. “Right now we are the wild wild west and people are doing their own thing. It’s time that we as legislators need to step up and do something.”

While lawmakers work to find a middle ground, Missouri’s professional sports teams are pushing for legal wagering on their own. The MLB Royals and Cardinals, NHL Blues, and MLS St. Louis City Soccer Club are backing several proposed ballot initiatives — nine were filed — that would legalize statewide mobile sports betting on professional sports only.

“Each of our organizations supports the legalization of sports wagering in Missouri as a way to increase engagement with our fans and provide a fun and exciting new way to enjoy sports and root for our teams. We also believe that sports wagering will generate a significant new source of tax revenue for Missouri,” the teams wrote in a joint statement a month ago.

With Missouri lawmakers unable to find common ground on a significant expansion of gambling in recent years, four of the state’s professional sports teams are attempting to go straight to the voters to legalize betting on their games and others.https://t.co/CGvRE7wToJ

Since SCOTUS made legal sports betting a states’ rights issue in 2018, four of Missouri’s border states have legalized the practice. Among them, Illinois, Iowa, and Tennessee all offer statewide mobile betting.