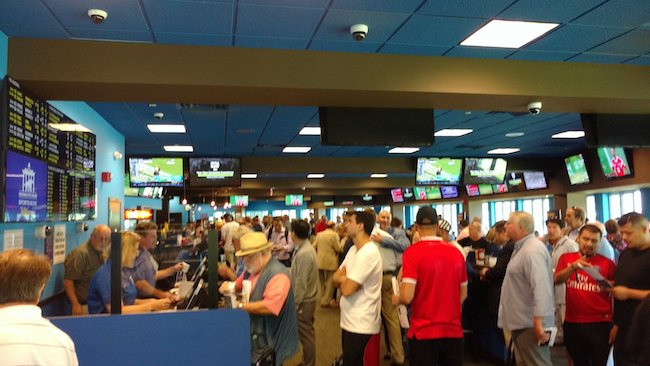 Saturday will mark one month since New Jersey sports betting began in the Garden State, and the state has plenty of reason to celebrate the past month and look forward to the months and years ahead.

Governor Phil Murphy placed the state’s first official bet at Monmouth Park Sportsbook on June 14 as cameras clicked and a big crowd watched. Ninety minutes south, NBA legend Dr. J placed the first sports bet at the Borgata Race & Sportsbook in Atlantic City. Both venues claimed a first – Monmouth Park was the first New Jersey racetrack to accept a sports bet and the Borgata was the first New Jersey casino to do the same.

In the first month, there have been some key changes at Monmouth Park to accommodate the flow of sports bettors. The William Hill-run sportsbook had six teller windows at launch, which didn’t turn out to be enough: 15 additional windows have been added, in addition to 50 high-definition televisions, food carts, chairs and tables, in the grandstand area at the racetrack.

To Accommodate NJ Sports Betting Interest at Monmouth Park, the Facility Has Transformed the Grandstand

“That was a dead grandstand area,” said Tom Luicci, media manager for Monmouth Park. “If you’re facing the track, it’s on the far left side and now all of a sudden it’s probably the most vibrant area on the track. … It’s like a whole community that just sprung up out of a desert area.”

Luicci also said that the track has accommodated sports fans by opening its gates early — 8 a.m. vs. the traditional 11-11:30 a.m. opening times for horse racing — during the World Cup, so fans could place bets and watch games.

William Hill, which runs the sportsbook, is planning a permanent expansion.

Similar scenes have likely been playing out at other venues. And there’s plenty of glory and goodwill – and money, it turns out, to be shared around the state.

“The initial sports wagering results illustrates the popularity among patrons and the potential of this new revenue stream for New Jersey operators,” said DGE Deputy Chief of financial investigations Christopher Glaum. “The Division anticipates continued revenue growth in future months as each of the state’s remaining 11 eligible sports wagering operators determines when and how they will seek to enter the marketplace.”

After nearly a decade of legal wrangling, New Jersey finally won the right for it – and every other state in the nation – to offer sports betting when the Supreme Court issued its decision on May 14, striking down the Professional and Amateur Sports Protection Act in its Murphy v. NCAA decision.

The 14th has become an auspicious date for New Jersey since. It was on June 14 that Monmouth Park and the Borgata took those first sports bets, and it will be on July 14 that the Meadowlands, just over the border from New York City, will open for sports betting.

If the initial numbers are any indication, the Meadowlands should be in for some good business. The New Jersey Division of Gaming Enforcement released numbers from the first 17 days of sports betting at three locations (though the Ocean Resort didn’t open until June 28, so most of the money in the report flowed through Monmouth and the Borgata), they revealed a healthy interest in sports betting.

As in Delaware sports betting, New Jersey is using a cash method of accounting, not the accrual method used in Nevada. With that understanding, the sportsbooks generated in a collective $3,458,688 gross revenue, producing $293,863 in tax revenue for the state of New Jersey. That’s based on a total handle of $16.4 million from June 14-30.

The nearly $300,000 for New Jersey’s coffers is based on an 8.5 percent tax rate on operators’ sports wagering revenue. Considering that the state set the tax for mobile sports betting at 13 percent, it stands to bring in even more once mobile wagering is online, and certainly once more properties begin operations in the coming months. Those expected to do so include the Hard Rock Hotel & Casino Atlantic City and the Golden Nugget.

Several properties are planning to debut mobile platforms later this summer and bettors in the state of New Jersey will be able to sign up for an account remotely.

As sports betting grows in New Jersey, so, too, will its sportsbooks. Monmouth Park, the Borgata and Ocean Resort all opened with what they called “temporary” sportsbooks.

Essentially, there’s betting windows, odds boards and a few televisions in Spartan surroundings. The idea was to get up and running as soon as possible, and based on the numbers, all of the sportsbooks bet right – bettors were more interested in being able to place bets than needing the creature comforts of a Las Vegas-style sportsbook. But during the first month, and beyond, all three properties have continued work on more elaborate sportsbooks, and hope to have those open by the start of football season. 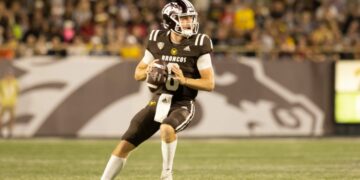