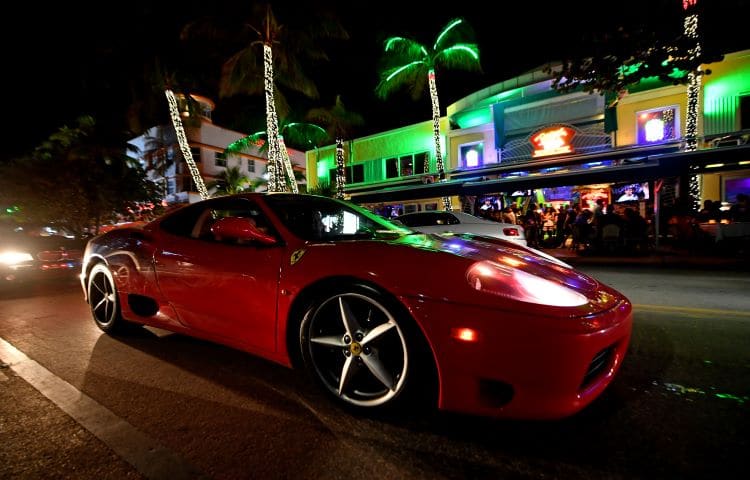 With the future of mobile sports betting in Florida still in flux, the legislature tabled several bills on fantasy sports during Tuesday’s special session providing a temporary victory to industry heavyweights such as DraftKings and FanDuel.

The decision came one day after the Senate Appropriations Committee passed a bill, SB 16A, that sought to regulate paid fantasy sports gaming across the Sunshine State. A companion bill in the House, HB 9A, also passed through a committee on Monday. The bills, which met with strong objection from the DFS giants, were removed from consideration on Tuesday before the full Senate could consider the measures for vote.

Following Tuesday’s moves, the fantasy sports bills are considered dead for this week’s special session and will not be reconsidered until at least next year, the Miami Herald reported. The delay ostensibly gives legislative leaders time to work with fantasy sports companies to craft a more favorable bill for the industry.

On Monday, however, gaming attorney Scott Ward urged the Senate to make several modifications to the bill, most notably on a provision that would require fantasy sports operators to limit the number of entries allowed for various contests. Ward serves as national public policy counsel to DraftKings and FanDuel.

“Unfortunately, right now, the way the bill is written we don’t think can we operate, and those 3 million Floridians would suffer,” Ward said during Monday’s Senate hearing.

Another proposed bill in the Senate, SB 18A, calls for an initial licensing fee of $1 million, along with renewal fees of $250,000 per year. The $1 million fixed payment is on the high end nationally, Ward emphasized, while the renewals are in line with a number of other states. There are some indications that the proposed $1 million fee would dwarf the initial cost of licensing in every other jurisdiction nationwide by a factor of more than 8x.

The initial fee doubles the $500,000 proposed amount contemplated in 2016 when Florida considered regulating fantasy sports, according to Alan Wilmot, senior legal counsel at Heitner Legal, a Florida-based sports law firm. In other states, the initial license fee also covers a period of time before renewal is required.

“Not only is the initial license fee more costly than other states, but the quick turnaround for renewal also plays a role in characterizing the bill as a cost-negative for operators,” Wilmot told Sports Handle.

The provisions also appear to contain strong disincentives for small fantasy sports players to operate in Florida. As of Monday, 24 other states have passed bills on fantasy sports with language that recognizes the activity as a “game of skill,” not gambling, Ward said during the hearing. But in a number of large states, such as Florida, Texas, and California, smaller operators attempt to expand their footprint before the states impose licensing requirements, Wilmot explained.

Daily Fantasy Sports (DFS) operators beyond the DraftKings of the world need to be creative through innovation and unique product offerings to break into the market, he noted. Companies like Prize Picks,  Monkey Knife Fight, and UnderDog Fantasy fit within this bucket. By setting a high fee structure, Florida may create a slippery slope for others such as California to impose even higher fees.

“Not only are small operators fighting for their livelihood in Florida, but also in other largely populated states that may want to charge a premium to operate,” Wilmot said.

Another factor that should be considered, Wilmot said, surrounds Florida’s proposed monthly operating fee (an equivalent to $1 per contestant who paid an entry fee in the previous month). Small operators tend to key in on Florida because of its expansive customer base as the nation’s third most populous state, with approximately 21.5 million residents. A so-called monthly operating fee is damaging to small businesses, Wilmot argues, since it counteracts the main reason why the companies wish to enter the state in the first place.

Not only is this proposal extremely prohibitive for major operators, but it makes it highly unlikely that DFS startups would be able to provide DFS contests in the State of Florida.https://t.co/pMzWo28wnl

Wilmot appears pleased that the package of fantasy sports bills have been put on hold for now.

“Ultimately, the bill would have had the effect of creating a pseudo monopoly against small operators, and I believe the purpose of any bill is to be as inclusive as possible,” he told Sports Handle.

A contingent of fantasy sports advocates, led by the Fantasy Sports & Gaming Association (FSGA), responded on Monday with a determined effort to push for changes in the bill. Wilmot characterized the amount of pushback to the bill as an unexpected development. As the the only national organization representing the interests of fantasy sports and gaming companies, the FSGA represents more than 60 million fantasy sports players in the U.S. and Canada, according to its website.

Sen. Travis Hutson, a sponsor of the bill, said that a newly proposed Florida Gaming Commission could look to shut down the fantasy sports companies if it determines that the businesses operated illegally. It is why Hutson filed the two bills separately, he said at Monday’s hearing.

As fantasy sports proliferates, it appears that top industry advocates have met challenges on the state legislative level head-on. RotoGrinders Director of Media Dan Back points to initiatives such as the Fantasy Sports For All campaign as endeavors in which the industry is fighting assiduously to overcome considerable barriers to entry. Two fantasy sports bills that were scheduled to appear before the Florida Select House Committee on Gaming on Tuesday were also removed from the agenda.

“The fantasy sports community has always done a great job mobilizing when asked, and I saw that again last night around this Florida bill,” Back said.