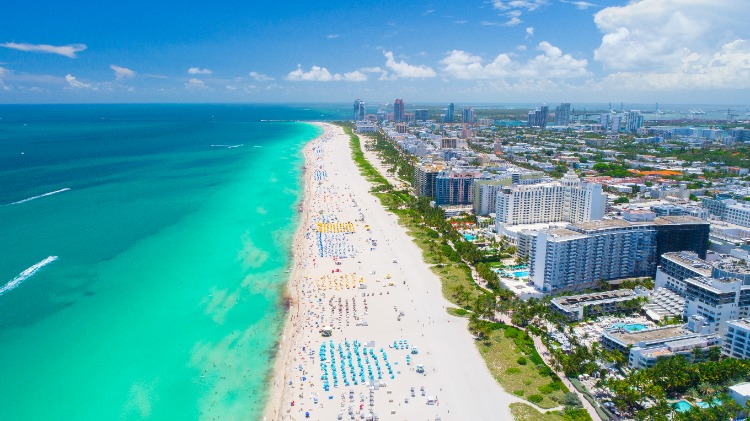 Gov. Ron DeSantis signed a new gaming compact between the state of Florida and the Seminole Indian Tribe Friday morning, paving the way for legal sports betting in the state. Senate President Wilton Simpson’s office on Friday sent out an overview that confirms statewide mobile and retail sports betting “in partnerships with the pari-mutuels” is included.

The 75-page compact covers everything from allowed games — including sports betting, daily fantasy, and the addition of craps and roulette to tribal casinos — to setting the legal age at 21, outlining problem gambling guidelines, and detailing how the arrangement between the Seminoles and the pari-mutuels will work for sports betting.

According to the pact, wagering will be allowed on all professional, college and Olympic sports, but prop bets on college sports will be prohibited.

Simpson and Speaker of the House Chris Sprowls have agreed to call a special session the week of May 17. The legislature must ratify the compact as one step in the process before it is sent to the U.S. Deptartment of the Interior for approval. Before sports betting can become legal, lawmakers must then also approve legislation.

“While the previously announced legislation to establish a Gaming Control Commission and to decouple greyhound, jai alai, harness, and quarter horse racing has seen tremendous support in the Senate thus far, my intention is to reintroduce these bills during the Special Session, so that we can discuss and address the future of gaming in our state in a more comprehensive manner at that time,” Simpson said in the press release.

The compact was signed after intense negotiations over the last 48 hours. On Wednesday evening, discussions on a potential sports betting pact resurfaced as the state dealt with a budget gap in the range of $3-4 billion, according to sources familiar with the negotiations.

“These have been very high-level negotiations that have taken place over the last two years,” Sen. Jeff Brandes (R – 24th District) told Sports Handle. “We’ve been close before. It seems like we have gotten over the major roadblocks and we’re ready to move forward.”

Should the Deptartment of the Interior sign off on the compact and the legislature approve sports betting by the end of the special session, it would seem likely that the first wagers could be taken before the end of the year, if not during the NFL season.

By agreeing to the new compact, the Seminole Tribe will reinstate gaming payments to the state, which it suspended in 2019 after it claimed the state violated the existing compact by allowing banked card games at commercial card rooms. The tribe was paying $350 million annually, but with the addition of sports betting and some table games, the expectation is that the annual payment could reach $600 million going forward.

Says House Speaker @ChrisSprowls "I have felt very strongly that that is not something that we were willing to take up during the course of the regular session. As we have a lot of policy for the people of Florida…and continues to be our focus over the next several days."

According to the memo from Simpson’s office, highlights of the new 30-year pact include:

Simpson’s office estimates the new agreement will send $6 billion to the state through 2030.

“Florida is a diverse state and our Senators and constituents have many different opinions, beliefs and convictions regarding gaming,” Simpson said. “The fact remains, Florida has a significant gaming footprint, and I think if we are going to regulate these activities, it should be within a structure that is fair and equitable to all parties.

While the details have yet to be ironed out, the servers used to facilitate online sports betting are expected to be located on tribal property, Brandes explained. From there, each pari-mutuel facility will be able to create its own skin or online sports betting brand, he added. A consensus on the total number of mobile skins in the market has yet to be determined.

As a result, Brandes believes that there will be partnerships struck between the pari-mutuels and a number of major sportsbook operators nationwide. South Florida is home to Gulfstream Park, which hosts the $3 million Pegasus World Cup each January.

The Seminole Tribe owns and operates seven casinos in Florida, some under the Hard Rock banner. Earlier reports were that the new compact could limit the number of mobile platforms available in the state to as few as one, but the tribe will be able to offer retail wagering at each of its casino locations as well as through pari-mutuel venues, which will give a reported 40% of gaming revenue to the Seminoles.