There was heated debate, but in the end near-unanimous approval; House to vote on compact Wednesday 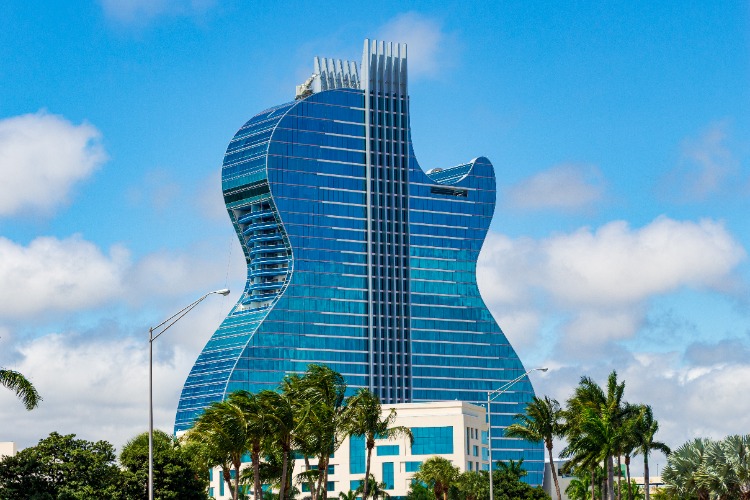 Despite intense debate that included phrases like “it’s about the money,” “this is a little bit of a food fight,” and “it’s a lot of work for staff,” the Florida Senate approved the compact that will give the Seminole Indian Tribe a virtual monopoly on gaming and sports betting, 38-1, Tuesday morning.

In the House, lawmakers passed the compact out of committee, and it will be on the full House agenda Wednesday before a vote that would send it to the Department of the Interior for federal approval.

After tense negotiations, the compact was signed by Gov. Ron DeSantis and Seminole Chairman Marcellus Osceola on April 23. It allows for retail casino gaming and sports betting and mobile/online sports wagering after the legislative leaders on Monday announced that DeSantis and Osceola had agreed to strip the iCasino provisions from the compact.

“We decided to create a monopoly for one entity … for the money,” Sen. Jeff Brandes, the lone no vote, said during debate. “It doesn’t stand for our Republican values, it’s about a free market and having options and saying our economy is open and not for sale.

“What has played out is that we’re showing people we’re not open. We chose a monopoly and that is not something my grandfather would have stood for. It’s not all about the money, it’s the principle.”

The state stands to bring in $2.5 billion over the first five years of the compact from the agreement. The Seminoles have been withholding payments to the state since 2018, when they claimed the state violated the pact.

All gaming runs through Seminoles

“By comprehensively addressing issues raised for almost a decade, this historic legislation restores Florida’s relationship with the Seminole Tribe, offers new opportunities for Florida’s legacy pari-mutuel industry, and provides substantial new revenues for our state,” said Senate President Wilton Simpson via press release. “After years of negotiations and the hard work of many people on both sides, I’m pleased to see this significant legislation pass the Senate today.”

The tribal compact calls for all gaming in Florida to flow through the Seminole Tribe, and though it theoretically allows for other commercial sports betting operators to operate in the state, they cannot do so as branded digital platforms. For the most part, they must partner with pari-mutuel facilities, including racetracks, jai lai frontons, and card rooms, to gain mobile access.

There is some question about how commercial operators would make this happen, as another arrangement like this in the U.S. has yet to arise where one commercial operator must share its proprietary technology with another in order to operate. On Monday, Jim Allen, counsel for the Seminole Indian Tribe, said he’d already had conversations with three operators — Barstool Sports, DraftKings, and FanDuel — all of whom are interested.

Those operators would gain access to Florida via a deal with a licensed pari-mutuel facility and would run back-end systems, while the pari-mutuel would have the customer-facing branding on the mobile app or online website. And from there, according to the compact, 40% of sports betting revenue would flow into Seminole coffers.

Other issues that came up for discussion Tuesday were changes to how much the cities of Hollywood and Davie would benefit from the new compact. The Senate passed an amendment to send a 42.5% cut of state revenue to Hollywood and 22.5% to Davie. In the original SB 2A, Hollywood was set to get a 55% cut and Davie a 10% cut. Another 25% will go to Broward County and 10% to the city of Dania Beach.

Similar bill is in a House committee. Expected to be on the House Floor Weds.

Portability of gaming licenses was also a hot topic Tuesday, with several senators questioning why casinos on Florida’s east coast can transfer licenses within 15 miles, but on the west coast, licenses can be moved up to 100 miles.

After Sen. Jason Pizzo asked about the 15-mile zone, Sen. Travis Hutson, a Republican of District 7, explained that it was agreed upon between DeSantis and the tribe as part of the compacting process, since licenses can only be transferred within a county.

Pizzo is a Democrat representing the 38th District, which includes Miami Beach.

Then the following exchange occurred:

Pizzo: Can I make a hand-written amendment to change that to 30 miles?

Hutson: That’s in the compact. I don’t think you can change that.

Pizzo: But alas, it was changed yesterday (Pizzo was referring to the stripping of iGaming)

Huston: What I mean is YOU can’t change the compact. The governor and the tribe can.

Pizzo: I don’t think it’s an arbitrary number … can you say there won’t be a casino in Miami Beach? The only safeguard is a local ordinance to keep a casino out of Miami Beach?

Pizzo: Without an act by this legislative body, can you say no casino will be placed in Miami Beach?

Hutson: Yes, that is my understanding.

Other senators chimed in, asking if the 15-mile limit intentionally excludes the Fontainbleau Miami Beach Hotel or the Trump-owned Doral National Resort. Hutson said neither would be eligible for a license as they do not currently hold any sort of gaming permits.

At the same time, the Florida Select House Committee on Gaming, advanced a bill on the implementation of the Gaming Compact between the Seminole Tribe and the State of Florida on Tuesday, despite several objections.

Under the proposed compact, the Seminole Tribe will pay the state a minimum of $500 million in annual payments, an amount that may vary depending on the size of the overall gaming market. There has been some question about whether or not the compact will be approved by the Department of the Interior and if it will stand up to legal action, as some say it violates Amendment 3, which requires voter approval for gaming expansion.

In the event that the Seminoles do not receive exclusivity in the Florida sports betting market, the tribe could withhold $50 million in payments, the Seminoles’ representatives indicated on Tuesday. Randy Fine, a Republican from the 53rd District, outlined three scenarios pertaining to the sports betting provision in the compact. Fine posed the questions to an attorney representing the tribe.

Scenario No. 1: A court strikes down all forms of sports betting in the compact (online, in-person etc.). The Seminole Tribe responds by paying $50 million less in annual payments to the state. Florida then effectively opens the marketing by authorizing other commercial operators to accept legal sports wagers. How would that affect the compact?

Seminole attorney: If the state legalizes sports betting by new action, the tribe would then be able to offer sports betting. At that point, it would be a new game (the Seminoles would not have exclusivity on the sports betting market under the scenario).

Scenario No. 2: A court rules that a tribe cannot offer online sports betting through a mobile server on tribal lands. But the tribe can still offer sports betting at a land-based facility. The state then allows commercial sportsbooks to operate, in addition to the seven tribal casino properties. Does that jeopardize the remainder of the compact?

Seminole attorney: As described, Mr. Chairman, I don’t think that would jeopardize the rest of the compact.

Scenario No. 3: The compact is passed by the legislature, the compact is then approved on the federal level by the Secretary of the Interior. The compact withstands legal scrutiny, but a referendum is proposed through a citizen initiative. The referendum allows for commercial online sports betting. How would that affect the compact?

In all three scenarios, the underlying payments on land-based gaming (outside of sports betting) would still continue, Fine noted.

At the start of the special session on Monday, the Senate had nine gaming bills to consider. When the full Senate adjourned Tuesday, it had approved four and tabled five. Three bills relating to bingo were put on hold by the Appropriations Committee Monday after one bingo-hall owner passionately argued that decisions were being made too quickly.

Two daily fantasy bills were withdrawn from the Senate floor and House committee agendas Tuesday after testimony Monday from a DraftKings and FanDuel lobbyist who pointed out that legalizing DFS in Florida would require the companies to suspend their current operations. The state does not currently have a law allowing or prohibiting DFS contests, so both operators are active in the state.

All four remaining bills passed the full Senate. Besides approving the compact, the Senate approved the creation of a gaming commission, alteration of public-record laws to be specific to gaming entities, and granted pari-mutuels the option to offer sports wagering even without offering live racing.

Matt Rybaltowski contributed to this report