Proposal likely to be more 'restrictive' than New York's 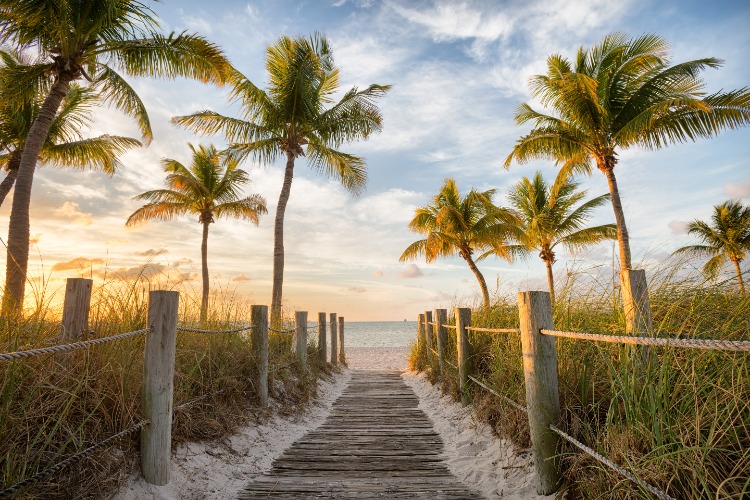 Maybe the first named hurricane to blow through Florida in 2021 should be named “Hurricane Bettor.” With seven days remaining in the regular legislative session, news of a potential single-operator, mobile sports betting deal has been swirling around all parts of the state, and late Thursday multiple sources confirmed that the state and Seminole Tribe on Friday will release details of a new gaming pact that includes statewide mobile sports betting.

The pact, sources say, will give the Seminoles near complete control of sports wagering. The tribe will be able to, in effect, sub-lease the ability to offer sports betting to parimutuel facilities, who in turn will pay the tribe around 40% of revenue. In return, the parimutuel locations will be able to have up to 30 gaming tables and will be able to retain their right to offer banked card games.

Exactly how mobile wagering will work — i.e. how many platforms will be allowed and where the servers will be required to be located — is still unclear, but the deal is sounding more and more like a monopoly for the Seminoles.

Up until the news that a new pact really is coming, sources watching the negotiations said there is a lot of pressure on both the Seminole Tribe, which controls gaming in the state, and lawmakers, who are anxious to expand gaming and create a new source of revenue for the state. There is also a looming budget deadline — it must be approved by April 27 — further complicating the issue. The regular session ends on April 30, and with a compact supposedly coming Friday, that leaves five legislative days for a bill to be approved.

Sources still anticipate that legal sports betting won’t become law before the end of the regular session. It’s more likely to get done in a special session, as early as next month.

“From a technical standpoint, there is no agreement in place, but there is momentum, and there is a clear shift in the commitment to getting this done,” gaming attorney Darren Heitner, founder of Heitner Legal, told Sports Handle prior to news that a deal had been reached. “I sincerely doubt it will get done before adjournment. Certainly parties are interested in trying to do that, but realistically, it won’t get done before April 30. Conversations are that people should plan to come back.”

Multiple sources say the deal could be shaping up to be something similar to what New York Gov. Andrew Cuomo initially pitched for his state — a single-operator model that would create a monopoly on sports betting, in this case for the Seminoles and Hard Rock. One industry source called the current version of the deal “unworkable” for anyone other than Hard Rock.

“The most interesting part of this is online wagering and the number of skins,” Heitner said. “There is communication about a limited number of skins, potentially only one. The state, in exchange for having this source of funding returned and probably to a larger level, is essentially handing the keys to the tribe, so they have the ability to hand the skins or skin to an operator. Appears for now that the plan is to grant the Seminoles control.”

If this Florida sports betting deal goes through (that's a big IF) there's going to be a lot of parallels drawn to the NY deal.

The Miami Herald reported Thursday that deal has been agreed to “in principle,” and sources say it involves the Seminole Tribe having control over sports betting while parimutuel operators in the state would function as sub-operators. The tribe would get a cut of any sports betting wager placed in Florida, and it would also gain the right to add craps and roulette to its casinos. According to the Herald, the Hard Rock facilities would enjoy a 100-mile exclusivity zone where no other competitors could offer gaming.

“I think there is a lot of desire from both offices to make a deal seem imminent,” one source told Sports Handle. “There is a lot of pressure on these guys, and room for false hope.”

Gov. Ron DeSantis and Senate President Wilton Simpson have both made gaming expansion a priority this session, but as of even early this week, there had been little progress on a deal. On Thursday, there were multiple reports of a deal that would allow parimutuel facilities to keep banked card games but not add others, and would give the Seminoles 40% of of revenue from sports wagers made at parimutuel facilities.

Another piece of the intricate puzzle involves Jeffrey Soffer, who serves as chairman and CEO of Fontainebleau Development, one of the nation’s top real estate development groups. In 2019, Soffer closed on a $1.2 billion refinancing of the Fontainebleau Miami Beach, a historic beachfront hotel.

In the wake of the Tampa Bay Buccaneers’ dominating win over the Kansas City Chiefs in Super Bowl LV, Tom Brady celebrated his record fifth Super Bowl MVP aboard a 311-foot super yacht owned by Soffer, the billionaire South Florida real estate mogul. There, Brady received congratulations from Florida House Speaker Chris Sprowls. Five months earlier, Brady and his wife Gisele Bündchen were introduced to Sprowls at a fundraiser on the yacht for the Palm Harbor Republican, the Miami Herald reported.

Sprowls’ district office in Clearwater is located about 20 miles west of Raymond James Stadium in Tampa. As DeSantis met with a wide swath of stakeholders last month to iron out numerous pending matters related to the state’s gaming expansion, reports surfaced that Soffer sought to lobby Florida political leaders on legislation that would allow entities to transfer casino permits to non-gaming facilities. The language could enable Soffer to transfer a casino license from the Big Easy Casino in Hallandale Beach to the Fontainebleau.

While it is unclear if Soffer intends to make a foray into sports betting, the Seminole Tribe apparently does not have any problem with a permit transfer to the Fontainebleau, the Herald reports.

The Tribe would not object to legislation allowing Jeffrey Soffer to transfer his casino permit to the Fontainebleau Hotel on Miami Beach. But such a policy shift would also require lawmakers to approve formal legislation as well as legislation to preempt local zoning laws./6

A call to Fontainebleau Development President and CIO Brett Mufson on Thursday requesting comment was not immediately returned.

Whatever the deal, a key driver is getting to a place where the Seminoles would resume paying the state a cut of gaming revenue. In 2019, the tribe stopped making its $350 million per year payment when it claimed the state broke the compact by allowing banked card games at commercial card rooms.

With the addition of mobile sports betting, craps, and roulette, the payment to the state would undoubtedly increase from the $350 million the tribe has withheld. According to the Herald, those payments could reach $500-$600 million.

The Seminoles operate seven casinos in the state, some under the Hard Rock banner. The question under the evolving proposal is who would operate sports betting, and how would a partnership with Hard Rock and the Seminoles work? There is no question that major operators, from DraftKings to FanDuel to BetMGM, would want entry into one of the four most populous states in the country.

On Wednesday, DraftKings announced that Bündchen joined the company as a special advisor to CEO Jason Robins and the company’s board of directors for environmental, social, and governance (“ESG”) initiatives.

When asked about DraftKings’ interest in the Florida sports betting market, a company spokesman did not immediately respond to a request from Sports Handle for comment.

One source said it’s possible one of those major operators could get into Florida under the current deal. The source called it “more restrictive” than the New York deal, which ultimately will allow for a handful of mobile operators.

Matt Rybaltowski contributed to this story