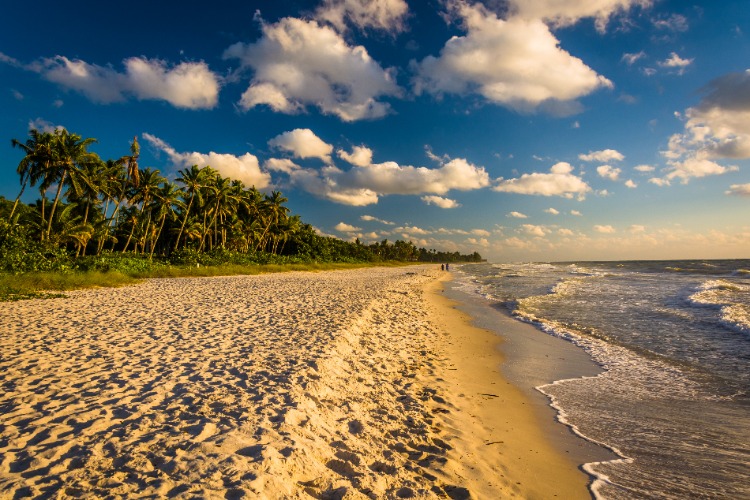 Florida voters won’t have the chance to decide in November whether or not to legalize sports betting after Florida Education Champions, the political action committee running a signature-gathering effort for DraftKings and FanDuel, pulled the plug ahead of a Feb. 2 deadline for verified signatures. As of Friday morning, the campaign had 475,325 verified signatures, well below the 891,589 needed to get on the ballot.

This past November, FEC said it had collected 600,000 signatures, and in a statement released Friday, suggested it had collected 1 million. But elections supervisors across the state have been unable to keep up with the late flow of signatures from ballot proposals.

The campaign is among the costliest efforts in Florida history to attempt to get an issue onto the ballot, with DraftKings and FanDuel putting up a combined $37 million. That number is still less than the $51.6 million, put up mostly by the Las Vegas Sands Corp., to fund a second proposal that would allow a brick-and-mortar commercial casino to be built in Jacksonville.

“It’s unfortunate that the voters will not have their say on their ability to add sports betting to the state of Florida,” said Brendan Bussmann, a partner at the consulting firm Global Market Advisors, which did not work on the two Florida campaigns. “Not only is this because of challenges experienced by the committee and their effort, but also because of parties that blocked the effort that supposedly were supportive of the voters having a say.”

Signature gathering has been a battle

The signature-gathering process in Florida has been fraught with accusations of harassment and fraud in recent months. In particular, petition gatherers for Las Vegas Sands Corp., which is still hoping to get its gambling expansion proposal onto the ballot, have been accused of fraud, while petition companies hired by the Seminole Tribe have been accused of harassment and other illegal practices.

The Seminoles, who currently have a monopoly on gambling in Florida, last year negotiated a compact to give them more table games and legal digital sports betting. That compact has since been struck down by a federal court, and it’s unclear what path forward the tribe will take to try to secure the right to legal wagering.

“We are extremely encouraged by the level of support we saw from the more than one million Floridians who signed our petition and thank them for their efforts in wanting to bring safe and legal sports betting to Florida, while funding public education,” FEC spokesperson Christina Johnson said in a statement. “While pursuing our mission to add sports betting to the ballot, we ran into some serious challenges, but most of all the COVID surge decimated our operations and ability to collect in-person signatures.”

In the last several weeks, DraftKings offered $100 to every person in Florida with one of its accounts should Florida Education Champions collect enough signatures by Feb. 2. And on behalf of Barstool Sportsbook, Dave Portnoy jumped in to make a plea.

Emergency Press Conference – I Am Here to Save Sports Gambling in Florida pic.twitter.com/2Ne6DQ97D9

Florida Voters in Charge, the political committee funded by the Las Vegas Sands Corp., currently has 730,243 verified signatures, according to the state Department of Elections website. Elections supervisors across Florida will continue the count through early next week, but even if Florida Voters in Charge meets the verified signature threshold, it may fail to get on the ballot because of a state requirement to gather a set number of signatures per district in Florida. The campaign was less than halfway to the minimum per district in at least six of 27 districts as of Friday morning.

Campaigns got a late start

“It was a longshot to gather that many signatures in six months, and it looks like they both have failed,” Scott Powers, a reporter at Florida Politics, told Sports Handle earlier this week. “It usually takes nearly a full year  to collect the signatures and some have taken longer. They didn’t really get started in earnest until around Labor Day, I’m told. And part of that is because there were a lot of moving pieces out there with litigation and what not. From the start, people were telling me it would be really hard to do.”

Sign the petition to add sports betting to the Florida ballot. All you have to do is print, sign, & mail in yours by Jan. 19.

If we hit the signature count by Feb. 1, Florida customers will receive $100 DK dollars. Share this post and let’s go!https://t.co/90vSnTF0cb pic.twitter.com/iQJ38TrFwc

According to a memo from the Florida Secretary of State, any signatures collected after April 20, 2020, are invalid after Feb. 1, 2022, which means that Florida Education Champions — or any other campaign — cannot carry the signatures forward should it choose to make another push to get on the next ballot.

Just when Florida could get legal sports betting is in flux. The Seminoles had their Hard Rock Digital platform live for 34 days in November and December before taking it down nearly a month after a U.S. District Court judge struck down the compact. Appeals in the case are pending, and the case is now in U.S. Appeals Court in the District of Columbia. A decision in that case could be up to a year away.

Johnson said that Florida Education Champions will continue to consider “all options in the months ahead to ensure that Floridians have the opportunity to bring safe and legal sports betting to the state.”  And there are more immediate pathways for both commercial operators and the Seminoles. The tribe could renegotiate its compact to be more inclusive, or the state legislature could revisit legal wagering in the 2022 session.

“Efforts should be made to have an open and competitive market in the state that allow protections and a quality product to be accomplished for the people of Florida,” Bussmann said. “Because of the political nature, this will take a solid effort heading into 2024 and an effectively run signature-gathering process to allow the voters to have their say.”