Florida Sports Betting Conversation Anything But Fruitful So Far

Despite lots of media coverage, the suggestion of a special session, and ongoing negotiations, there's an impasse 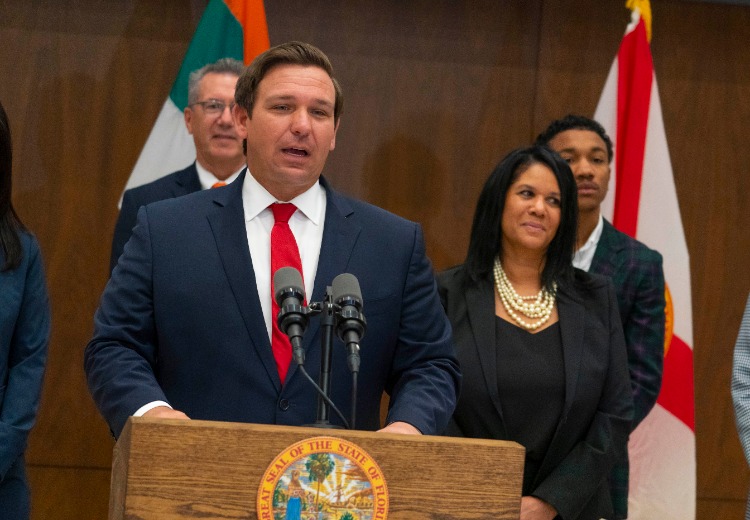 Legal sports betting in Florida is looking more and more unlikely to get to the finish line in 2021, at least during the state legislature’s regular session, which ends April 30. From Senate President Wilton Simpson’s office to stakeholders throughout the state, the general word on the street is … no word.

The issue of sports betting is hung up, as it becomes in many states with tribal interests, with Gov. Rob DeSantis’ office trying to negotiate with the Seminole Tribe, and the state legislature is kinda, sorta trying to move legislation without really knowing what the governor will negotiate.

The Seminoles, who currently have six properties in the state, were the first to open a casino in Florida when they did so in 1979 in Hollywood.

Just last week, the tribe rejected an offer from the governor that would have given the Seminoles exclusivity for sports wagering if — and this was a big if — the tribe would allow for a Miami Beach casino.

To date, negotiations have yielded little as the Seminoles maintain the position that the state broke the compact in 2019 when it allowed banked card games at commercial card rooms across the state. The Seminoles at that point stopped paying the state $350 million a year and now seemingly hold all the cards (pun intended). The compact they say was broken gives the Seminoles exclusivity to Class III gaming, and until the tribe either a) gets that exclusivity back (which would mean shutting down card rooms) or b) gives it up willingly in exchange for something else, legal sports betting won’t gain any traction in the Sunshine State.

Special session? Don’t get hopes up

A spokesperson from Simpson’s office on Tuesday said “negotiations are still ongoing, but there is nothing specific” to share. And while Simpson is being quoted all over the place as saying that sports betting could come up in a special session, it turns out that you had to be there to know what he really said.

In Florida, the two most common ways for a special session to come about are for the governor to call for one or for leadership in the Senate and House to jointly do so. And it’s not terribly unusual for the state legislature to go into special session, so point being, if it’s needed, it will happen.

But stakeholders with their hands on the pulse of Florida politics aren’t optimistic. To date, negotiations “didn’t light a fire” under the Seminoles, according to one stakeholder, and several proposals that leave the tribe out have been floated. But the reality is that until the Seminoles are at the table, have a voice, and negotiations become more of a back-and-forth rather than a “the governor said,” there won’t be much progress.

There are a total of six bills relating to sports betting — some laying out the framework, others setting the tax rate, and still others setting fees — that were filed in the legislature in March, but none has gotten out of committee.

The bills would allow for statewide legal sports betting. The Senate bill package calls for a 15% tax rate on gross sports betting revenue, a $100,000 application fee, retail wagering at kiosks, and does not include the Seminole Tribe. The House package would set the tax rate higher — 22.5% — and also allows for wagering at professional sports venues.

And as promised, special guest @PeteRose_14 joins the show!

As in any other state with tribal interests, the bills are only theoretical until the state comes to an agreement with the Seminole tribe on what sports betting should look like in Florida. In both Connecticut and Arizona, lawmakers did not move forward with legislation until the governor’s office made clear that the compacting process was complete and included the addition of sports betting to the agreements.

While DeSantis and other legislative leaders are in negotiations with the Seminoles, the legislature has made some progress on gaming.

A bill creating the Florida Gaming Control Commission, which would be overseen by the Attorney General’s office, is on the second-reading calendar for April 21. A bill that would prohibit live greyhound racing and allow jai lai frontons, harness tracks, and quarter horse tracks to opt out of live racing but still retain their parimutuel permits is also set for second reading before the full Senate April 21.

“These bills take that needed step without impacting ongoing negotiations with the Seminole Tribe,” Simpson was quoted as saying in Florida Politics last week.