Flutter Poised To Own 95% Stake In FanDuel Following Accelerated Acquisition

The transaction values FanDuel at $11.2 billion, raising the possibility of a U.S. spinoff 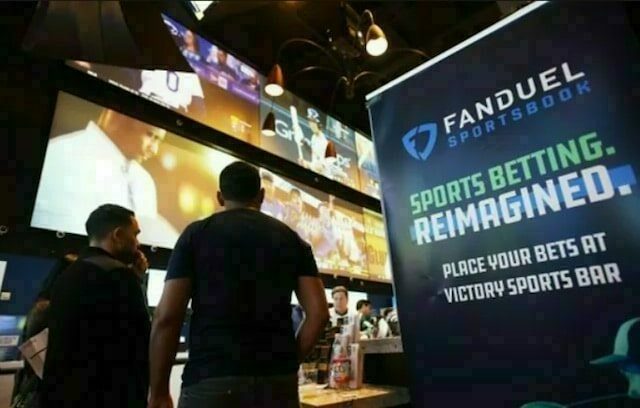 Flutter announced Thursday that it has entered into a conditional agreement with a group of private equity investors to purchase an additional 37.2% stake in FanDuel for $4.18 billion in a deal that values the U.S. sports betting and daily fantasy sports operator at $11.2 billion.

Flutter, one of the world’s largest gaming companies, initially purchased a 57.8% stake in FanDuel in May 2018, days after the Supreme Court’s historic PASPA decision. Although the 2018 deal gave Flutter the option of purchasing the additional stake in two separate tranches – in 2021 and 2023 – Flutter indicated Thursday that the investors accepted the accelerated deal at a discount to fair market value.

Upon approval of the deal, Flutter will own 95% of FanDuel with Boyd Interactive Gaming maintaining the additional 5% ownership stake.

“Flutter’s initial acquisition of a controlling stake in FanDuel in 2018 has been transformational for the shape of the Group. Our No. 1 position in the crucial U.S. market is built on many of the assets we acquired through that transaction, supported by the broader group’s capabilities,” Flutter CEO Peter Jackson said in a statement.

Flutter Entertainment – Accelerated Acquisition of FanDuel. The Transaction price of $4.175bn implies an enterprise value for FanDuel of $11.2bn. FanDuel has over 9.5 million customers, so Flutter deal values each FanDuel customer at $1,180 https://t.co/ONeKi9XKbG @FanDuel

Flutter will fund the acquisition with approximately $2.08 billion in cash and the remainder through the issuance of 11.7 million new ordinary shares to Fastball Holdings LLC, the group of private equity investors. The cash element will be funded through cash on the company’s balance sheet, and an equity placing to raise approximately GBP 1.1 bn, Flutter said in a statement.

Flutter’s enterprise value of $11.2 billion represents a 40% discount to chief rival DraftKings, which is valued at around $19.9 billion, and is a publicly owned company traded on the NASDAQ.

Flutter taking its stake in FanDuel to 95% via $4.2bn deal. Not a bad price for $FLTR while also highlighting the value of the asset. $PDYPYhttps://t.co/h1ajXoDGt2

“Our intention has always been to increase our stake in the business and I’m delighted to be able to do so earlier than originally planned and at a discount to its closest peer,” Jackson said.

In October 2019, Flutter announced the acquisition of The Stars Group for approximately $6.95 billion. Months earlier, Fox Sports entered into an agreement to purchase a 4.99% stake in The Stars Group, the parent company of PokerStars. The historic agreement established FOX Bet and marked the first time a major broadcast company took an equity stake into a sportsbook.

Fox Sports retains the option of purchasing an 18.5% minority stake in FanDuel Group.

“We are delighted to participate in this capital raising. Maintaining our ownership stake in Flutter signifies our long-term commitment to Flutter, and ongoing confidence in management’s ability to execute against the fast growing U.S. opportunity,” Fox Executive Chairman and CEO Lachlan Murdoch said in the statement.

“Fox’s audiences have proven to be highly engaged with free to play and wagering content, and we are excited to offer them access to products from Flutter’s market leading stable of U.S. brands,” Murdoch added.

The deal increases the possibility that Flutter could consider a spinoff of U.S. assets such as FanDuel and FOX Bet.

Looks like December is dealmaking season in the sports betting world! Interesting to see Flutter swallow the rest of FanDuel this year https://t.co/bWFxlQCxIs

In many respects, FanDuel can stake the claim as the top online sportsbook in the nascent U.S. sports betting market. In terms of online sports betting, FanDuel controls a 33.4% share of the U.S. market, according to Eilers & Krejcik Gaming, a boutique research and consulting firm. The market share is the highest of any sportsbook operator nationwide.

By the end of 2021, Flutter expects its online sports betting products to be available in U.S. states accounting for approximately one-third of the U.S. population. Based on Flutter’s estimates, the market reach translates to $9.1 billion in gross gaming revenue, the company said Thursday.

On the London Stock Exchange, shares of Flutter Entertainment plc surged more than 13% on the news.

The transaction was consummated on the condition of shareholder approval.