The proposed merger of Flutter Entertainment with The Stars Group invites immediate questions under both U.S. and foreign antitrust law

by Marc Edelman
in Industry 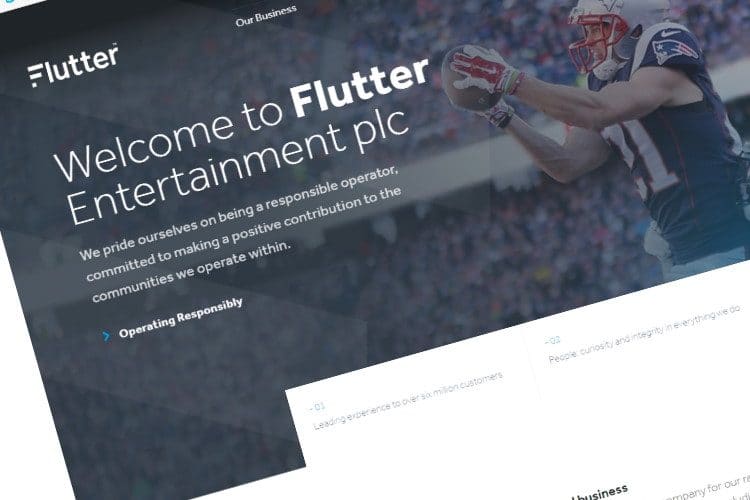 Last week, Flutter Entertainment — the parent company of Paddy Power Betfair, Sportsbet and FanDuel — announced its intent to purchase The Stars Group, which owns poker websites PokerStars and Full Tilt, along with the sports betting website BetStars and a joint venture with FOX Sports.  The proposed merger of Flutter Entertainment with The Stars Group invites immediate questions under both U.S. and foreign antitrust law as Flutter claims that its FanDuel brand is the “#1 operator in the developing US market,” and thus a merger with The Stars Group figures to only enhance the Flutter’s currently strong market position in the emerging U.S. sports betting market.

Presuming this acquisition ultimately goes through, as more likely than not will be the case (perhaps subject to some required divestitures in foreign markets), the merger of Flutter Entertainment with the Stars Group also seems likely to kick-start a new wave of consolidation within the U.S. online gaming industry – consolidation that seems likely to eventually catch the attention of federal antitrust regulators.

It is not surprising that the U.S. Supreme Court decision in Murphy v. NCAA, which opened the door for states to legalize and regulate sports gambling, is leading to a new wave of industry consolidation as sports gambling companies seek to both gain scale, and partner with traditional U.S. sports media companies.  As daily fantasy sports began to raise meaningful private equity funding in the U.S. about five to seven years ago, a similar wave of consolidation ensued. While the daily fantasy sports market initially consisted of many niche players, by 2014, more than 90 percent of the U.S. daily fantasy sports marketplace emerged in the hands of just two companies – FanDuel and DraftKings.  And shortly thereafter, even these two companies attempted to merge from a duopoly into a monopoly.

Indeed, even after U.S. regulators turned a blind eye to a series of earlier mergers that consolidated daily fantasy sports marketplace – including even an arguably anti-competitive merger between then No. 2 market player DraftKings and No. 3 DraftStreet – ultimately, in June 2017, the Federal Trade Commission finally took steps to enjoin further DFS consolidation by announcing an intent to challenge the proposed merger between FanDuel and DraftKings that would have created a near monopoly in DFS.

The combination between @FlutterPLC and The Stars Group will create a global leader in sports-betting and gaming. Here are some of the highlights of the combined group. pic.twitter.com/N6w6jMFVzx

The proposed merger of Flutter Entertainment and The Stars Group in the United States may very well not catch U.S. antitrust regulators’ attention at this time because, even though a Flutter-Stars Group merger is far larger in absolute size than the rejected DraftKings-FanDuel merger, it does not seem to come anywhere close to creating a monopoly in any relevant antitrust market.  Indeed, Flutter Entertainment’s greatest strength comes in the sports betting and fantasy sports categories, whereas The Stars Group, which also offers sports betting, enjoys its most significant market share in online poker.

Future mergers in the U.S. sports betting marketplace, especially those involving companies akin to Flutter Entertainment, are far more likely to catch antitrust regulators’ eyes to the extent they “substantially … lessen competition, or … tend to create a monopoly” in any relevant market.  In the sports gambling markets, this likely means any attempts by either Flutter Entertainment or the William Hill Co. to further acquire businesses with meaningful sports gambling arms will receive very careful scrutiny.

In this vein, U.S. antitrust agencies should be concerned not only with mergers that would create a near-monopoly in any individual online gaming market, but also with mergers that would reduce the number of serious competitors that remain in the marketplace to four or fewer scalable players, as markets with fewer than five bona fide competitors are more likely to give rise to oligopolistic conduct such as consciously parallel pricing.  It seems that some academics with experience in both antitrust and daily fantasy sports markets would concede that U.S. regulators were perhaps too slow in stopping market consolidation within DFS.

Finally, the role of FOX Sports as a small shareholder and joint venture partner in Stars Group’s emerging U.S. sports betting operations gives rise to a likely second type of merger concern that U.S. antitrust regulators will need to consider in the future – that being concerns about the establishment of exclusive vertical relationships between sports betting operators and television/entertainment properties.  While this second type of merger may not create the same level of antitrust concerns as horizontal mergers, if Flutter Entertainment’s gambling companies are able to gain the exclusive ability to enter into collaborative business dealings with FOX Sports networks, the other large sports betting websites will likely seek to enter similar exclusive partnerships.

Such agreements in time may ultimately limit the number of sports betting operators that can survive in the United States as, at present, there are only four or five major television networks that serve as reasonable business partners to sports gambling companies.  This too would not be a good thing in terms of fostering vigorous market competition.

Marc Edelman is a Professor of Law at Baruch College’s Zicklin School of Business and the founder of Edelman Law, where he consults extensively on both gaming law and antitrust law.   He recently authored two seminal law review articles on online gaming markets: “Regulating Sports Gambling” and “Regulating Fantasy Sports.” Nothing in this article shall be construed as legal advice.