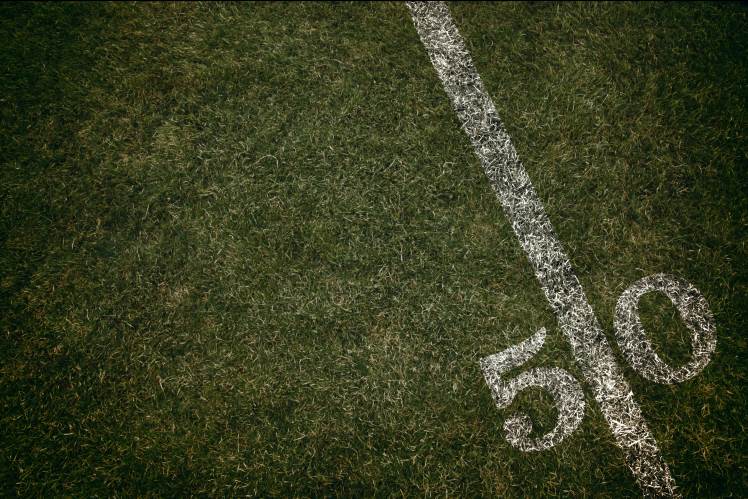 For football betting newcomers, NFL odds, lines and point spreads might appear a bit intimidating at first. Not like looking at a horse racing program for the first time, but NFL betting odds and NFL lines don’t explain themselves.

With that in mind, we’ve put together an explainer for football betting, NFL odds and lines, and much more. Many of these terms or phrases apply to other sports, such as basketball, but they’re defined with an eye toward the pigskin.

Sports Book: Often referred to as the “book”, it is typically an organization/casino that accepts and pays out in sports wagers.

Linesmaker/Oddsmaker: The person or group of people in the Sports Book that set the lines (spread, total, moneyline, futures) for a specific game or sport. The goal for a linesmaker/oddsmaker is to set a game line where they receive approximately even money on both sides so that they guarantee themselves a win on that game due to the vig(orish).

Spread: Also known as the “line” or “point spread,” the spread describes the number of points that the “better” team is favored to win by, or the number of points added to the score of the “worse” team for purposes of the bet. The spread may be presented in several ways: “the Patriots are favored by 14 over the lowly Browns”; “Patriots -14” or “Browns +14.” In any case, the spread is 14. The Patriots are a 14 point favorite, and the Browns are a 14 point “underdog” or “dog.” For purposes of the wager, 14 points are subtracted from the Patriots score or 14 points are added to the Browns score.

Opening Line: The initial price set on a game. For example, the Cowboys opened up as 4 ½ point favorites over the Eagles on Sunday night in Week 2 following the week one games. The line may then move up or down based on the action from the betting public.

Favorite: This refers to the team that is expected/projected to win the game outright. For example, the Patriots were a three-point favorite (-3) in Super Bowl 51. That means if you are wagering on the Patriots to cover, you start out the game losing 3-0. Wagering on the favorite is often referred to as “taking chalk”.

Underdog: Often referred to as the dog, this is the team expected/projected to lose the game outright. The Falcons were the dog in Super Bowl 51 (+3). If you wagered on the Falcons in Super Bowl 51, you started out the game leading 3-0

Taking or laying the points: This refers to a bettor’s position on the spread. If an underdog is getting 3.5 points, you’re “taking the points” if you bet that side. If you’re “laying” 3.5 points on the favorite (think of it as giving away), you believe (or you’re hoping) that your team will win by 4 points or more.

Moneyline or Straight Up: When you bet the moneyline, you don’t have to worry about the spread. You bet on a team to win, and you hit or miss according to the game’s winner and loser. The moneyline is a function based on the number 100. If a team is a big spread favorite, let’s say a touchdown, the moneyline might be -300 (minus 300), meaning you would need to wager $300 to win $100. Meanwhile, that team’s opponent might be +270, meaning if you bet $100 and the underdog won, you would get $270. In a game that’s evenly matched (a spread of “even” or “pick’em”), the moneyline on both sides will typically be -110. This means that you need to bet $110 to win $100, or if you bet $100 exactly you stand to win about $91. A game with a “pick’em” spread would not result in a +100 money line for both teams because the casino must make its “profit” somewhere. See “vig” for more details.

Vigorish or Juice: The vigorish (or just “vig”) or “juice” is the margin that the bookmaker (or the “house”) keeps, and it’s why the house usually wins. Generally, the sports books attempt to set lines in order to takes equal action (bets) on both sides, so the the house takes the vig regardless of which side wins. Using the scenario where both sides are -110, let’s say the winning bettor put down $100. He’ll win about $91 on that bet, and the losing side will have lost $100. The difference is the “vig,” which the house keeps because they’re taking the bets and taking on the risk and allowing you to choose the side of your liking. And that’s how massive hotels get built in the desert. 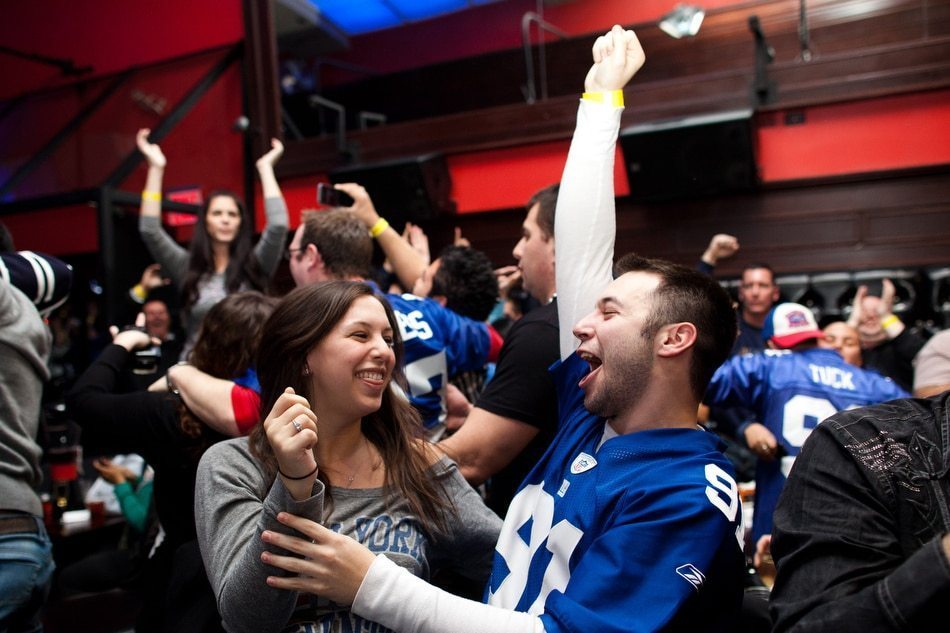 Push: Had the Patriots-Browns game been decided by exactly 14 points, a “push” would have occurred. A push means that bets on both sides get cancelled and the book returns the wager. Neither side wins or loses.

Hook: Pushes would occur more often if not for “the hook.” The hook is the half-point that moves the spread onto either side of a number, often a “key number” such as 3 or 7. So the spread becomes 3.5, 7.5 or 1.5, and so on. NFL and college football teams can’t score half points, so these spreads will always result in a graded wager, not a push. If you plan on betting the underdog, you would want a line of +3.5, which gives you the “hook.” The hook often comes into play when we discuss the next time…

Backdoor cover: A backdoor cover occurs when one team appears poised to cover the spread until the fourth quarter, when the other team scores late in the game — often having little effect on the outcome — but covers the spread in doing so. For example, let’s say the Michigan Wolverines, favored by 7.5, are pounding the Iowa Hawkeyes by two touchdowns most of the way and lead 34-20. The Wolverines go into a prevent defense after the two-minute warning and the Iowa QB throws a touchdown in the final seconds, drawing the game to a 34-27 finish. The TD has no effect on the outcome of the game, but it’s a backdoor cover for Iowa and Michigan backers get stung by the hook. 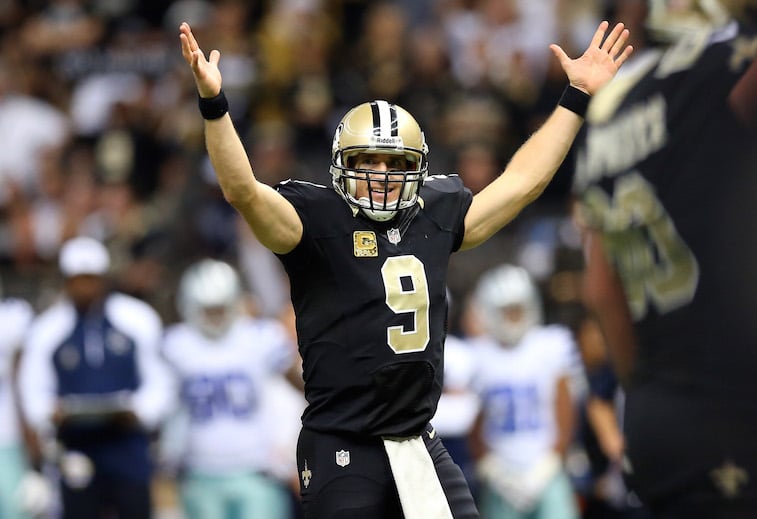 Total: This refers to a different type of bet (also called the “over/under”) in which you can wager on the total number of combined points scored by both teams. The typical wager is on whether the teams’ combined points will be over or under a certain number, such as 48. Bettors usually wager on the total points for the entire game, but can also wager on individual quarters, periods, or halves. The sports book determines in advance what the “total” is, and the bettor then chooses whether the result will be over or under this number. In NFL games, the total typically ranges from 40 to 60 points.

If a game total is set at 47, and if you think it will be a defensive struggle, you’ll bet the “under” and root for the teams to score fewer than 47 combined points (think lots of punting and stalled drives). If you think the game will be a shootout, you’ll bet the “over” and root for more than 47 points to be scored. Overtime points count towards the total. Note that some bettors like to play the total for just one of the teams, for only the first half, or even certain quarters. Most books will put out lines for all of these separate totals.

Futures: A future bet is a wager on a future outcome, such as the winner of the NCAA National Championship. Often it’s a wager made before the season, but not necessarily. In mid-July before the 2017 college football season, you can bet on Alabama to win the National Championship at +265, or on the defending champion Clemson Tigers to win it at +3200 (which is also expressed as 32/1 odds). These odds change throughout the year depending on the success of the teams. For example, Wisconsin may start the season at +5000 to win the National Championship, but if they start the season 8-0, those odds might drop to +1500.

Proposition bets: Also known as “prop bets,” these are wagers on more discrete items, typically a certain player’s statistics or whether or not (or when) a certain event will occur. An example: A bettor might bet the over on Antonio Brown’s total catches against the Bengals, with the line set a 7.5. So the bettor will need Brown to catch eight passes or more to win. Another example: How many interceptions will Kirk Cousins throw against the Cowboys? The total might be set at 1.5. If you bet the under and Cousins throws only one, you’re a winner. And of course you’ll see more outlandish prop bets come the Super Bowl when books will offer the opportunity to bet on the length of the National Anthem singer’s performance and the color of the Gatorade spilled on the winning coach.

Off the board: When a book has never posted a line or has taken a bet down and is no longer accepting action or wagers on the game. For example, if the status of Aaron Rodgers is unknown, the game may not have a line until more information comes out. Also, if Aaron Rodgers gets injured mid-week in practice, a game that initially had a line may be taken off the board till an update on Rodgers’ status in available.

Handle and hold: The handle refers to the amount of money or wagers a book has received on a certain game or event. The hold is how much the book ultimately keeps after paying out the winners based on a game’s outcome. Remember, the house typically wins, just not every time!

Ready for the next step up? Check out our Sports betting 201: NFL lines, exotic bets, hedging and more.