Court documents say bets were made by a pro football player, an MLB coach, an MLB broadcaster, and others 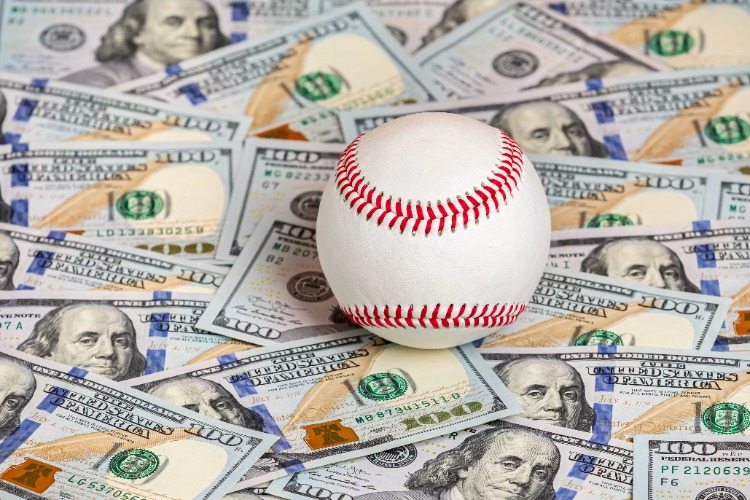 Multiple professional athletes, including an ex-minor league baseball player, were involved in a multi-million dollar illegal gambling operation based in California and assisted by a Costa Rican sports betting site, according to court records unsealed this week.

The U.S Attorney’s Office for the Central District of California announced in a press release that Wayne Nix, a former minor league baseball player, and his partner, Edon Kagasoff, admitted operating an illegal wagering operation for more than six years. In addition, Nix has entered a plea agreement caliadmitting to tax fraud by having failed to report $1.5 million in income over two years from the business, according to the press release.

The operation involved more than five people and, according to Bloomberg News, took bets from numerous individuals who included a professional football player, a Major League Baseball coach, and an MLB analyst, though none were named in the court press release.

Nix and Kagasoff have agreed to plead guilty to conspiracy charges, prosecutors say. Over the years, the pair took in millions in handle, much of it through an offshore sportsbook based in Costa Rica. The operation, according to court documents, “often had gross revenue of well over $2,000 in a single day.”

Nix is set to enter a guilty plea on April 11 and Kagasoff will make his first court appearance Friday. A third defendant, Howard Miller, was to appear in court Thursday afternoon to plead guilty.

In addition to the Nix and Kagasoff cases — which are or will be resolved by plea bargain — court documents revealed that Celebrity Financial LLC, a Sherman Oaks, California company doing business as Sherman Oaks Check Cashing, was charged with money laundering. It cashed “at least” $18 million in checks from the illegal gambling business at its San Fernando store while failing to file currency transaction reports, which are required for transactions of more than $10,000. The company agreed in a plea agreement to pay a $500,000 fine.

Nix admitted to running a sports gambling business for more than 20 years and told the court that he employed three former Major League Baseball players — who were not identified — to help. He said that he used his connections as a professional athlete to develop a high-profile roster of bettors, including current and former pro athletes in multiple sports.

During a court hearing, Nix revealed that he had at least one client who wagered $1 million per year, another who placed a $5 million bet on the 2019 Super Bowl, and a third, identified as a sports analyst, who had plans to refinance his home to pay off gambling debts. Nix partnered with Sand Island Sports, the unregulated black-market operator, by making use of its online infrastructure and calling center.

According to Baseball Reference, Nix was a pitcher drafted by the Oakland A’s out of his California high school in the fourth round of the 1995 draft. He played pro ball from 1995-2001, getting as far as the AA level.

The case is the second in four years in which the U.S. Department of Justice has been able to bring those behind illegal wagering in California to court. In 2018, 14 men were indicted in a case in which the Lucky Lady Casino and Card Room in San Diego was being used as a front for an illegal bookmaking operation.