The online and mobile betting platform is the league's fourth AGO, joining MGM Resorts, FanDuel and DraftKings 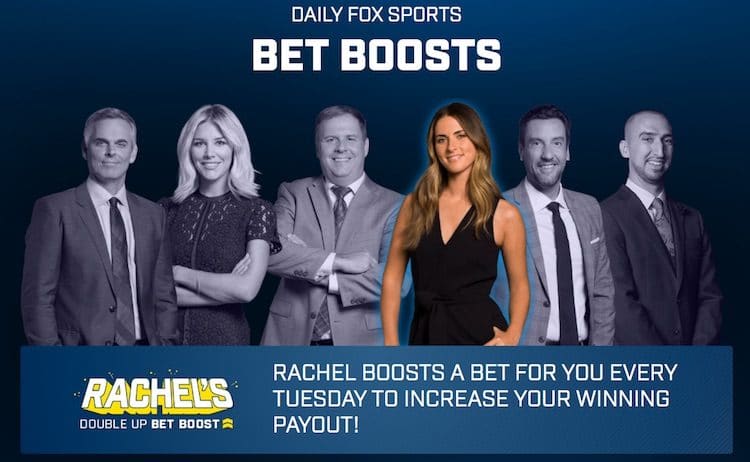 FOX Bet announced a multi-year partnership on Tuesday with Major League Baseball under which the online and mobile betting platform will become an Authorized Gaming Operator of MLB.

The announcement comes exactly a week before the scheduled first pitch of Game 1 of the 2019 World Series on Oct. 22. FOX Sports, an MLB broadcast partner, has televised the World Series in every season since 2000.

FOX Bet is the fourth sports betting entity to join MLB’s Authorized Gaming Operator (AGO) program since the Supreme Court’s historic PASPA decision in May 2018. As part of the agreement, FOX Bet gains the right to use MLB’s official data feed and league marks across its FOX Bet sports betting app and FOX Sports Super 6, FOX Bet’s free-to-play picks contest.

The partnership marks the third deal that FOX Bet has inked with a major U.S. professional sports league. FOX Bet currently has a data partnership with the NBA and a deal with the NFL through its Super 6 contest.

The partnership is the latest in a string of deals for the network’s nascent sports betting division. In September, FOX Sports launched the FOX Bet platform days apart in New Jersey and Pennsylvania, in an effort to make the product available for the start of the NFL regular season.

The rollout in the Mid-Atlantic states occurred several months after FOX Sports and The Stars Group unveiled a first-of-its-kind (in the U.S.) media and sports wagering partnership in May that enabled the broadcast network to enter the sports betting space under the FOX Bet umbrella.

The companies made further waves earlier this month when The Stars Group reached an agreement with Flutter Entertainment plc on an all-shares combination valued at more than $11 billion. The combined group had annual revenues of £3.8bn in 2018, which would have made it the largest online betting and gaming operator worldwide.

“We continue to see a great appetite for the FOX Bet app as well as FOX Sports Super 6,” said Robin Chhabra, CEO of FOX Bet. “Having a partnership with MLB enables us to use official MLB data and league marks, providing a better experience for our customers and comes just in time as the League Championship Series and the World Series kick into high gear.”

For now, it is unclear to what extent FOX plans to integrate sports betting into its MLB broadcasts. A pivotal Game 3 of the American League Championship Series between the New York Yankees and Houston Astros is scheduled to air on FS1 Tuesday afternoon at 4:07 ET.

Ahead of the matchup, FOX Bet has more than a dozen markets available on its platform for New Jersey customers. One prop bet offers customers odds of +500 that Edwin Encarnacion will hit a home run Tuesday in a Yankees’ win. Another wager has odds of +275 that Carlos Correa will homer in a Game 3 victory for Houston. Correa’s solo homer in the bottom of the 11th on Sunday night knotted the series at one game apiece.

While FOX has hardly mentioned in-play betting lines during NFL telecasts, the network has devoted a considerable amount of time to gambling prognostications on the Fox NFL Sunday pregame show. On one segment that aired during the first Sunday of the regular season, Terry Bradshaw, Howie Long and Jimmy Johnson each made various season win-total bets based on the lines offered at FOX Bet. Bradshaw made a bold prediction that the Cardinals would finish the season at 2-14, falling under the total of 5.5 wins (-150). Through six weeks, the Cardinals have a record of 2-3-1.

Hardened baseball fans could be interested to receive Frank Thomas’ or Alex Rodriguez’s views on some of the unique prop bets and futures offered by FOX Bet. As of 11:00 p.m. PT on Oct. 14, the Astros (+150) were slight favorites at FOX Bet to win the 2019 World Series, just ahead of the Nationals (+175) and the Yankees (+250). St. Louis spiked to +3000 following an 8-1 defeat to Washington on Monday night that left the Cardinals on the verge of elimination.

FOX can also integrate MLB betting into other programs such as The Herd, the three-hour daily program hosted by TV/radio personality Colin Cowherd. Despite a rough Week 6, Cowherd entered the week with an 18-6-1 record with his NFL Blazin’ 5 picks. Daily baseball picks also represent an integral part of FS1’s sports betting program, Lock It In.

Check out Colin's Blazin' 5 🔥 Podcast with @RJinVegas! 4-1 last week, 18-6-1 overall! What do the wiseguys say about his Week 6 picks? *Plus podcast exclusive bonus pick*💰💰

While Major League Baseball had limited success in convincing a number of Las Vegas-area sportsbook operators to join the AGO program, the league continues to gain momentum in attracting larger companies with a multi-state presence.

During a London media briefing in June, MLB executive Kenny Gersh noted that the league was close to securing official data partnerships with FanDuel, DraftKings and FOX Bet. MLB has now added all three to its authorized gaming operator program. On the television side, FOX Sports extended its national television rights deal with MLB last November through 2028 for a reported cost of $5.1 billion, the New York Times reported.

Earlier this spring, Sports Handle obtained a six-page MLB document in which the league details benefits of joining the AGO program. By becoming an official data licensee of the league, a sportsbook will gain access to MLB club partnerships, media and content extension, according to the document. Sportsbook operators also receive the option of plastering the MLB logo on betting tote boards, as well as their mobile apps. But it will come at a price — a flat fee, or percentage of revenue connected to in-game wagering markets.

Our latest on the battle over "official data" for sports betting.

Take a look at the @MLB official data pitch deck to become an "authorized gaming operator."

“Adding The Stars Group and FOX Bet to our authorized gaming operator program continues our vision for ensuring we are serving fans with opportunity and choice,” said Gersh, MLB’s Executive Vice President, Gaming & New Business Ventures. “Our official data feed, including real-time and reliable game statistics, and league marks will enable The Stars Group to build unique and engaging gaming products around our sport.”

Shares in The Stars Group opened on Tuesday at $19.95 per share. TSG shares are up more than 30% since the proposed merger announcement with Flutter on Oct. 2.