Analysts predict that a split is inevitable between Fox Corp. and Flutter after ruling on value of FanDuel option 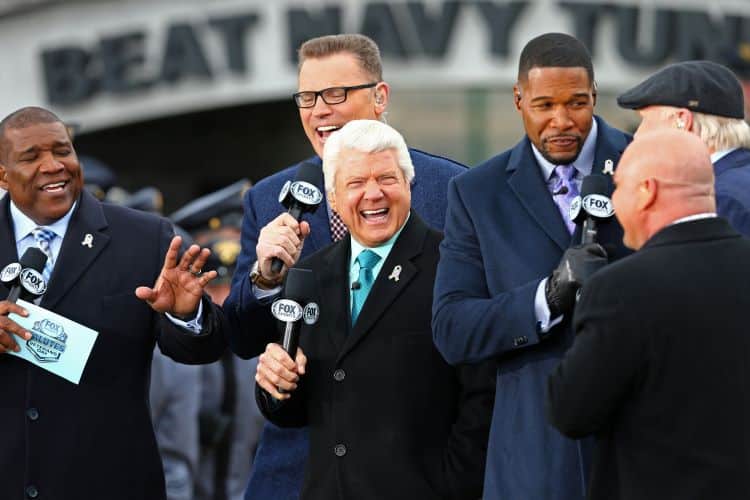 Last week, a New York arbitration court issued a ruling in a high-profile case between Flutter and Fox Corp., one that garnered considerable attention from investors despite the late Friday evening news dump.

As with many arbitration cases, both sides claimed victory in the longstanding dispute. Under the ruling by New York’s Judicial Arbitration and Mediation Services (JAMS), Fox retained the right to purchase an 18.6% equity option in FanDuel Group for $3.72 billion, with a 5% annual escalator. With the escalator, the value of the option rose to $4.1 billion as of Nov. 4, Flutter wrote in a statement.

The option comes at a significantly higher price tag than the one initially sought by Fox. The arbitration tribunal determined that the option’s price is based on FanDuel’s fair market value of $20 billion as of December 2020, when Flutter announced the acquisition of Fastball’s 37.2% stake in FanDuel, Flutter noted in the statement. U.K.-based Flutter, one of the world’s largest gambling conglomerates, is the parent company of FanDuel.

For purposes of the option, FanDuel is now valued at $22 billion when the escalator is factored, according to the JAMS ruling. The price is roughly double the $11.2 billion valuation for FanDuel estimated by Fox Corp. when the conglomerate filed a lawsuit against Flutter over the fair market value of the option.

Had the tribunal determined that the valuation is nearer the level sought by Fox, the price of the equity option would have been closer to $2 billion.

The ruling “vindicates the confidence we had in our position on this matter and provides certainty on what it would cost FOX to buy into this business, should they wish to do so,” Flutter CEO Peter Jackson said in the statement.

Fox Corp. countered that Jeffries valued FanDuel at £25.3 billion ($35.1 billion) in 2021, translating to a strike price of nearly $6 billion for the option. The $6 billion price is considerably higher than the one determined by the arbitrator’s ruling. In further support of the ruling, Fox will be seeking to confirm the award in federal court, a company spokesperson said.

At a time when the intersection between major media networks and sports betting has reached a crossroads, Friday’s ruling brings significant implications for both industries. While there had been some optimism in recent months that an accord between the mammoth companies could be reached, a harmonious outcome now seems less feasible.

A path forward for Fox

Fox Corp. received an option to purchase up to 50% of The Stars Group’s (TSG) U.S. assets in a May 2019 deal, struck roughly a year after the U.S. Supreme Court’s historic PASPA decision. Flutter’s subsequent purchase of TSG months later contained an option for Fox Corp. to acquire an 18.6% equity interest in FanDuel. The Stars Group’s U.S. division contains the operations of FOX Bet, Pokerstars U.S., and FOX Bet Super 6 — a free-to-play contest.

Fox Corp. filed for arbitration in April 2021 on the fair value of the option. By last spring, both companies appeared comfortable heading to arbitration if a settlement could not be reached by June. Under one scenario, had the sides reached a comprehensive settlement, FOX Sports may have turned to FanDuel as an official sports betting partner. As with BetMGM‘s partnership with NBC’s Football Night In America, a vast menu of sports betting integrations on FOX Sports, FS1, and FS2, could lead to a meaningful spike in customer activations for a sportsbook partner.

But first, the companies needed to agree on the value of the option. A settlement could not be reached and the parties entered arbitration.

It could've been worse. Earlier this year, @FanDuel was valued by one analyst firm at $35 billion.

Fox wins right to buy a stake in FanDuel, but not at the price it wantedhttps://t.co/vPySW0ELcT#sportsbetting#lawsuit#equitystake#followusformore

Although the ruling is in the rear-view mirror, there are still many unknowns stemming from the decision, according to MoffettNathanson analyst Robert Fishman. From a positive vein, he envisions numerous natural opportunities for Flutter and Fox to work together to leverage each company’s strategic assets and strengths. To date, Fox has used its top of the funnel linear TV assets driven by marquee sports rights to increase Super 6 participation to a base of more than six million users.

Fishman emphasized that for now the market is ignoring Fox’s growth prospects, by failing to assign fair value to its assets. If a media or digital company is unable to make a play for its assets, he believes there should be interest on the private equity side. Given the disparate forces under consideration, the next several months should be interesting to say the least.

The demise of FOX Bet

The ruling, however, could spell the end of FOX Bet under its current incarnation. In the event that Fox does not exercise its option in relation to TSG, both parties have a right to terminate their agreement in relation to FOX Bet in August 2023, according to Flutter. Should either party opt to do so, it would result in the termination of FOX Bet, Flutter added.

Jordan Bender, an equities analyst with JMP Securities, told Sports Handle on Monday that he fully expects the two sides to separate. Since its inception, Flutter has poured little capital into FOX Bet, a sportsbook that has attained less than 1% of U.S. market share nationwide.

“FOX Bet has no scale, and I don’t see Flutter putting anything behind this brand with FanDuel the golden child in the industry,” Bender told Sports Handle.

Other industry analysts agree. A decision by Flutter not to provide “commercially reasonable resources” to FOX Bet may lead to the closure of the online sports betting platform, according to a Jeffries research note. Despite the marginal market share, FOX Bet is still averaging EBITDA losses of around $70 million a year, Jeffries’ analysts wrote.

Nevertheless, Fox Corp. would likely retain the FOX Bet brand name under that scenario, with Flutter receiving the rights to the Super 6 game and PokerStars U.S., according to Flutter.

Ahead of the ruling, a proposal surfaced from Fox Corp. Chairman Rupert Murdoch last month to recombine Fox Corp. and News Corp., two entities that both operated under Murdoch’s ownership before a 2013 split. In leveraging Fox’s broad portfolio of sports broadcast rights with News Corp.’s sports betting ties in Australia, sports wagering is viewed as an integral component of the proposal.

“There is definitely interest from the company to one day bundle its network into a sports betting platform,” Bender said, while cautioning that the network still lacks a robust sports betting tech platform. A platform, though, could be built or acquired, he added, if Fox decides to expand sports betting operations.

Another lingering consideration surrounds the possibility that Flutter will conduct an initial public offering (IPO) for FanDuel. The tribunal still needs to decide under what conditions Fox Corp. is entitled to participate in an IPO of FanDuel, if one takes place. Flutter, according to Fox, cannot proceed with a potential IPO without approval from the arbitrator or a settlement between the two parties.

The arbitrator is expected to rule on a binding decision regarding the IPO by early 2023. Jeffries views the potential listing as a catalyst for Flutter.

Still, market conditions are not favorable for Flutter to pursue an IPO in the near term. Over the last 12 months, sports betting-related stocks are down sharply amid concerns on long-term profitability. DraftKings, by comparison, now has a market capitalization of around $5 billion after falling more than 70% over the last year.

The 10-year option, under which Fox Corp. has the right to acquire the stake in FanDuel, does not expire until 2030. Fox also owns approximately four million shares of Flutter.

“FOX is pleased with the fair and favorable outcome of the Flutter arbitration,” the corporation said in a statement. “FOX has no obligation to commit capital towards this opportunity unless and until it exercises the option.  This optionality over a meaningful equity stake in the market leading U.S. online sports betting operation confirms the tremendous value FOX has created as a first mover media partner in the U.S. sports betting landscape.”