by Bennett Conlin
in Analysis, Sports 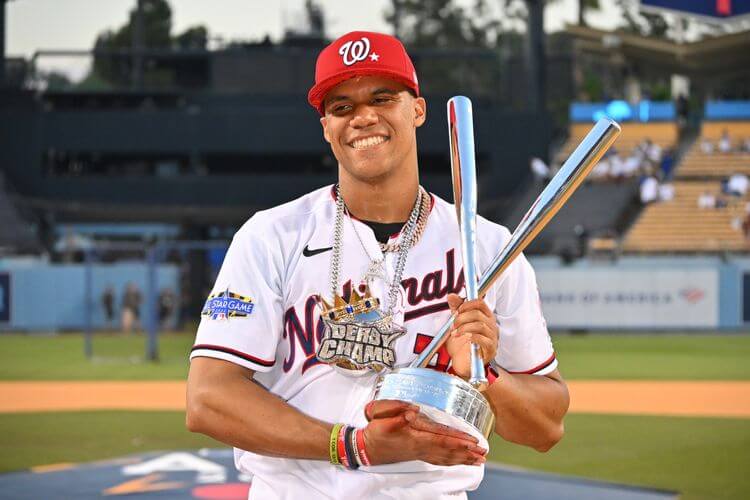 Sports bettors were irritated after the Home Run Derby controversy earlier this month, potentially sending the betting future of the event into question.

Some bettors claimed Kyle Schwarber’s home run total in his head-to-head matchup with Albert Pujols was miscounted, leading to a premature exit from the competition. That claim is debatable, as Major League Baseball stood by the count after a review of the round.

Unfortunately, with how rapidly pitches were being thrown, ESPN’s broadcast crew made it appear as if one ball that fell short of the wall was actually a home run. As a result, Schwarber backers felt robbed. It was a clunky scene, although not necessarily a rule violation.

“In actuality, they got the total right,” Prince J. Grimes, a senior betting writer with For The Win, told Sports Handle.

A reason for controversy

Complaints about when pitches were thrown, however, are legitimate. On at least one occasion, it appeared as though a pitcher tossed a ball to a hitter despite the timer for that round expiring. The home run still counted, giving bettors a valid reason to gripe.

“Even if it’s just an exhibition, if you’re allowing people to bet on it, you need people to have confidence that their money isn’t going to waste or at least they’re given a fair shot,” Grimes said.

Previous iterations of the event gave batters a certain number of outs — swings that didn’t result in home runs — before their round ended. A recent rule change instead gave the event timed rounds, making it easier for potential rule violations to occur. While the format makes the event more fast-paced, which arguably leads to a more entertaining product, it can provide negative impacts from a sports betting perspective.

“It’s just something that they’re going to have to tighten up,” Grimes said.

I love the Home Run Derby but can we please go back to 10 outs instead of a timer?

The future of betting All-Star competitions

The NBA’s Slam Dunk Contest is another All-Star competition that interests fans, but odds on that event aren’t widely offered due to the subjective judging of the contest. The Home Run Derby, however, is an event that makes sense for legal sportsbooks to offer, in light of the objective scoring standards. Tightening up the rules ahead of next year’s event seems like an easy solution that would please bettors while still engaging fans.

“To me, it was sort of a non-issue,” Jeffrey Benson, Circa’s sportsbook operations manager, said. “When you look at the Home Run Derby, it’s a very niche market with low limits. Similar to All-Star Games or exhibitions, I think there are things that aren’t clearly defined or always followed.”

“It’s not like this is an information market,” Benson said. “I just think there may have been some asymmetry in terms of the rules that, obviously, when betting on matchups and outrights, was frustrating for some bettors.”