Expect companies to use sports betting as a vehicle for increasing fan engagement in the coming years, panel says 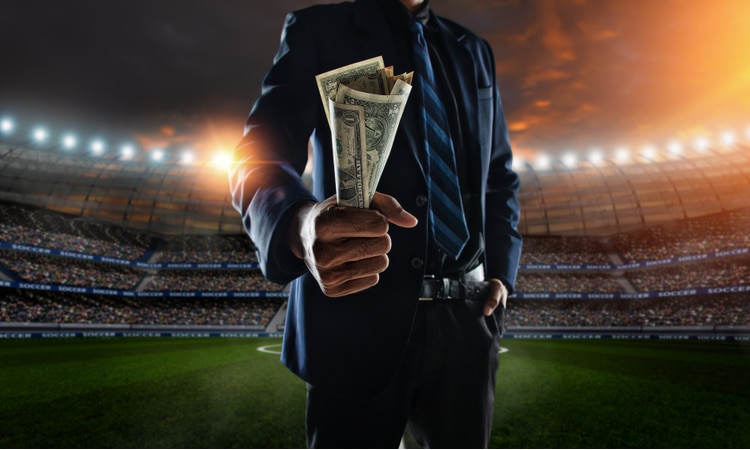 Since the Supreme Court’s historic decision to overturn PASPA in May 2018, major U.S. professional sports leagues and their respective franchises have notched approximately 110 partnerships with sports betting operators over a span of 30 months.

When asked Tuesday whether that figure will eclipse 125 partnerships by October 2021, a trio of panelists at the 2020 Global Gaming Expo (G2E) all planned to hammer the over. Activity is expected to remain hotly competitive in the media space in light of mega-deals between PointsBet and NBC Universal, FanDuel and Turner Sports, and William Hill and CBS Sports over the last year. As leading digital and broadcast networks move swiftly to line up sportsbook partners, companies that fail to capitalize on the sports betting gold rush may lose out on a steady revenue stream.

“This is the tip of the iceberg,” said Clifton Ma, who serves as vice president of strategic partnerships and strategic initiatives at FanDuel. “In a world where there’s scarcity, I think there will be less conversations that will be had. I’m not sure there will be any media companies that don’t have some form of partnerships there.”

Ma was joined on the panel, “The Fan of the Future? How Leagues Are Capitalizing on Sports Betting Through Partnerships,” by two league executives — Keith Wachtel, executive vice president for global partnerships and chief business officer of the National Hockey League, and Scott Warfield, managing director for gaming of
NASCAR. During the hour-long conversation, a central theme emerged: Sports leagues, media companies and sportsbook operators view the new opportunities presented by the legalization of sports betting as a marathon, not a sprint. Despite the razor-thin margins produced by sportsbooks, sports betting will be used as a vehicle to bolster customer engagement in the next decade to come.

Prior to the start of last month’s NASCAR Playoffs, NASCAR launched a new gaming product that allows the sport to showcase a host of innovative bet types, offered through sportsbook partners such as BetMGM and Penn National Gaming. Warfield noted that BetMGM offered 45 bet types during last month’s South Point 400 at the Las Vegas Motor Speedway.

The markets include head-to-head betting on which driver will capture an individual matchup, along with prop bets on the auto manufacturer that will win the checkered flag during a given event. NASCAR also plans to offer expanded in-play wagering through a data partnership with Genius Sports. The in-play wagers could feature markets on individual laps, the over/under on the winning car number, and the overall winner based on how the race is progressing in real-time.

“Our sport lends itself perfectly to in-play betting,” Warfield said during Tuesday’s session, held remotely through a virtual platform.

During the Stanley Cup Playoffs, the NHL incorporated cutting-edge player and puck tracking into live broadcasts from Edmonton and Toronto. The technology has the capability to generate about 200 data sets per player per second and 2,000 data sets per second from the puck, according to the NHL. In turn, the technology allows sportsbook operators to offer “micro bets” on certain markets, such as the fastest skater per game and the player to record the fastest slap shot. Wachtel hinted that those types of micro bets could be available for wagering purposes in the relative near future.

This is exciting. Kudos to Commissioner Bettman and the ⁦@NHL! Only the beginning.⁩ “Puck and player tracking to begin in NHL playoffs, says commissioner Bettman” #ALLCAPS #RaiseTheGame #BeMonumental https://t.co/PK4xHiIMp2

As more states add legalized sports gambling, national broadcast networks will be more willing to integrate live betting data into their telecasts, Wachtel indicated. Warfield agreed, noting that the sports betting industry will hit a tipping point once somewhere between “30-32 states” go live. Still, Warfield is leery of inundating viewers with gambling data to the point of irritating a sport’s core audience. Aware of that possibility, several networks have floated the idea of launching an alternative broadcast with a gambling focus to complement the traditional broadcast.

The panel was moderated by Casey Clark, senior vice president, strategic communications at the American Gaming Association (AGA). Both NASCAR and the NHL have teamed with the AGA in recent weeks on a responsible gaming initiative aimed at educating bettors on the pitfalls of compulsive gambling.