Yes, Gambling Is An Addiction, And Your Brain Registers It As A Reward 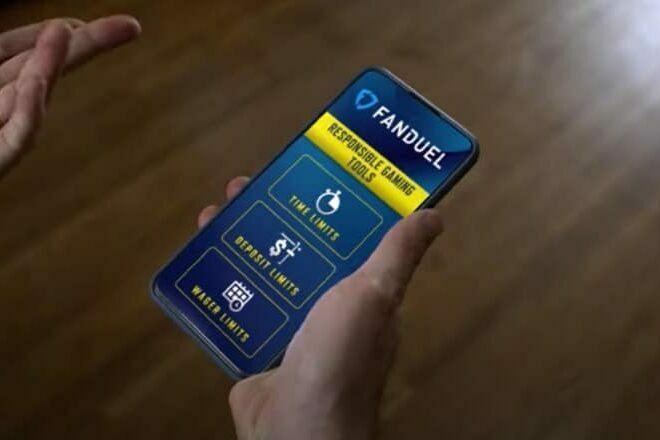 While that list may seem to offer enough ways for a potential problem gambler to find help, as mobile sportsbooks have proliferated — they are now legal, if not live, in 33 U.S. jurisdictions — there are still many who fall through the cracks and find themselves among those draining bank accounts, stealing from family or friends, and in some cases, considering suicide.

At an informational hearing before the Connecticut legislature’s Public Safety and Security Committee in January, Diana Goode, the executive director of the Connecticut Council on Problem Gambling, revealed that since digital sports betting and iCasino went live in the state on Oct. 12, 2021, the council has seen a significant month-over-month increase in the number of calls to the hotline.

“I didn’t think it would increase this fast,” Goode told The Day. “Normally, it takes a problem gambler a while to hit rock bottom and raise their hand. I thought we’d have six months to a year to sort things out, but people are losing everything in a weekend. The speed with which people are losing all their money has been shocking as far as I’m concerned.”

She shared stories of a father calling because his 40-year-old son had maxed out both his and his wife’s credit cards and a college student who wiped out his parents’ bank account in a weekend.

Lawmakers are not unaware that with expanded gambling comes the potential for addiction. This year, New York became the biggest state by population to introduce mobile sports betting. State Sen. Joe Addabbo, a primary bill sponsor, acknowledged that his state must remain vigilant and flexible when it comes to helping manage addiction.

“Whenever you introduce something new like this, there will be those that either develop problem gaming issues or expand those problems. It is now our job to make sure that those individuals get the help they need,” he said via press release this week.  “We cannot move forward with gaming in New York without addressing the addiction side at the same time. I want to see gaming flourish even further in our state, thus increasing educational funding, revenue, and jobs, but we must have safeguards and help in place for those that have a problem.”

Problem Gambling Awareness Month began March 1, and since then, operators, states, and other stakeholders have been flooding the news with announcements of new problem and responsible gambling programs. FanDuel on Thursday announced a $100,000 donation to the National Council on Problem Gambling and a new ad campaign built around responsible gambling.

On Tuesday, BetMGM announced that it has expanded its problem and responsible gambling controls with QR codes on slot machines that offer “access to responsible gaming information and educational materials from” partner GameSense. The Arizona Department of Gaming, meanwhile, sent out a press release outlining its problem and responsible gaming tools and introducing its “Awareness + Action” campaign to “help foster a stronger understanding of problem gambling and the ways to prevent and combat it.”

The efforts complement those from the American Gaming Association, which launched its “Have a Game Plan” campaign last year, and the NCPG’s ongoing efforts, including its “Safer Sports Betting Initiative.”

As the availability of digital gaming increases, so too do the hard numbers of people who become addicted. They might attend GA meetings or receive therapy, but what happens next? The answer to that question has changed.

Late last year, the American Psychiatric Association updated guidelines of how to treat problem gambling included recommended use of a medication, naltrexone, that is used to treat drug and alcohol addiction. It also reclassified gambling issues as “addictions,” giving medical professionals additional tools.

According to an article published in MedScape Medical News, naltrexone affects the “reward” area of the brain, which is activated in gambling as it is in drug use.

The 200-plus page guide from the APA has chapters dealing with the rise in internet gambling, the crossroads of gambling and technology, and new treatment strategies. Previously considered an “impulse control” issue, problem gambling has been reclassified in the most recent version of the “Diagnostic and Statistical Manual of Mental Disorders” as an addiction.

“That shows greater awareness of the biological connection to substance addiction,” said Dr. Jon E. Grant,, professor of psychiatry at the University of Chicago, who co-authored the guide. “It’s important for clinicians who are screening substance use disorder folks to make sure they include gambling in that screening.”

If gambling is no longer fun, help is available and can be found by contacting the National Problem Gambling Helpline – call or text 1-800-522-4700 or visit https://t.co/SDhC0YKCfo pic.twitter.com/233jViAtse

According to the MedScape article, about 1% of all gamblers have a disorder, but with the introduction of digital sports betting in so many U.S. jurisdictions, the number of people affected has been growing. Advocates for helping problem gamblers have long pointed to the social consequences of gambling addiction, and professionals say it can lead to low self-esteem and contribute to substance abuse, money issues, relationship stress, and suicide.

“A whole generation of young adults have been raised on the internet. A lot of companies realize this is not a market that would ever go to a land-based casino, so they essentially took their product to the young people,” Grant told MedScape.

According to the APA, the update is the first since 2004 and includes revised sections covering available screening and assessment tools, a review of the growth of interactive platforms, experiences, and structures, a look at gender and age as they relate to gambling disorders, the relationship between gambling and criminal or legal issues, and “psychosocial” and drug treatments.