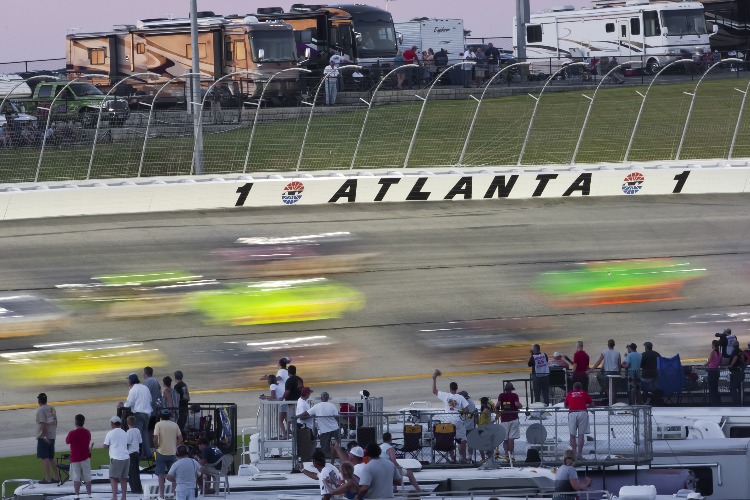 Lawmakers and stakeholders in Georgia have again started making noise about legalizing sports betting, and some say they will file bills in January ahead of the start of the legislative session. Since the Professional and Amateur Sports Protection Act was overturned in 2018, Atlanta’s pro teams have vocally supported the idea, a statewide survey showed overwhelming support, there have been multiple meetings and hearings, and lawmakers tried, during 2019 and  last year’s coronavirus-shortened session, to legalize.

According to Capitol Beat News Service, sports betting will be just one of multiple gaming bills filed, and it could be the easiest to pass. Georgia lawmakers have contemplated expanded gambling and hospitality industries inclusive of casinos for more than a decade, making the issue somewhat stale, but sports betting has been all the rage since 2018 — more than 25 U.S. jurisdictions have legalized in two-and-a-half years.

“It’s the easiest one to pass,” Georgia Rep. Ron Stephens, chairman of the House Economic Development and Tourism Committee, told Capitol Beat News Service last week. “It clearly does not require a constitutional amendment. … It’s just a matter of us giving the (Georgia) Lottery Commission direction and authority they already have.”

Stephens filed a sports betting bill in March of 2020, but HB 570 didn’t get past committee. The bill would have legalized statewide mobile/online wagering and capped the number of “interactive” platforms at 10. The state lottery would have been the regulator, and the tax rate would have been 10% on gross sports betting revenue. A similar bill would certainly garner support from stakeholders, considering it would allow for a more open, competitive marketplace and has a reasonable tax rate. From a high-level standpoint, the only real negative could be using the lottery as the regulator.

From a legislative standpoint, making the lottery the regulator appears to be most efficient way to legalize. According to Stephens, lawmakers would simply have to expand the Georgia Lottery’s authority, and sports betting could then stand on its own, rather than being part of a bigger gaming package.

By doing this, lawmakers would avoid having to send a constitutional amendment to the voters, which can be a lengthy process. On the downside for operators is that lotteries as currently constituted have little to no experience with sports betting, and it can be an arduous and frustrating process to see sensible rules promulgated. So far, less than 10 states with legal sports betting have lotteries as regulators. And of those, only Tennessee (which took 18 months from legal to launch) has the open competitive marketplace that’s beneficial to customers — and certainly sportsbook operators as well. Most others are monopolies or have very limited competition.

Only real competition is Tennessee

Stephens and other sports betting supporters have been priming their peers for months on sports betting. In early December, when lawmakers met ahead of the 2021 session, an hour was devoted to discussing gaming, according to the Savannah Morning News. While Stephens’ 2020 bill would have legalized digital-only sports betting, there will likely be other gaming bills that would allow for a retail component at yet-to-be-built casinos and potentially pro sports venues, including Atlanta Motor Speedway, Mercedes-Benz Stadium (NFL), Truist Park (MLB), and State Farm Arena (NBA).

According to the Savannah Morning News, Atlanta Motor Speedway owner Bruton Smith wants to add a horse track, casino, and sportsbook to his property.

At this point, Georgia wouldn’t quite be a first mover in its region, but of its border states, so far only Tennessee is live with digital sports wagering. There has been little movement in Florida, the biggest state bordering Georgia, in terms of legal sports betting, and Atlanta would be the biggest city within 650 miles with legal sports betting if lawmakers legalize.

The state also shares a border with Alabama, where the governor earlier this month released results of a study that revealed gaming could benefit the state, and North Carolina, where sports wagering is legal (but not yet available) at two tribal casinos.