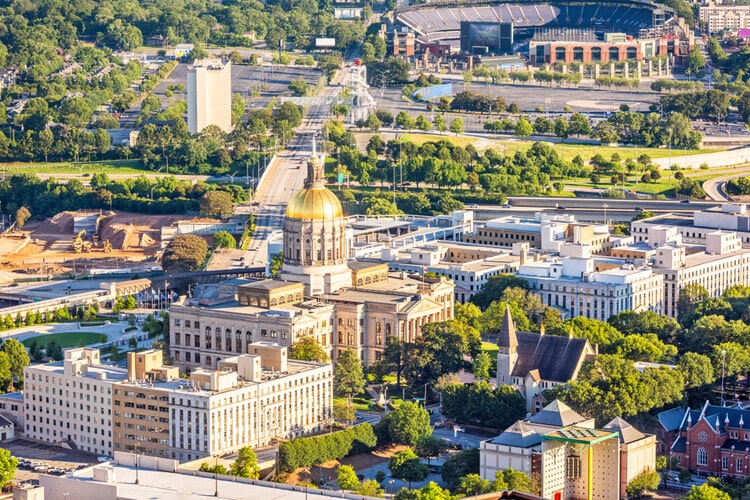 Georgia’s House of Representatives’ Special Committee on Economic Growth will have a public hearing Thursday at Atlanta Motor Speedway that is expected to touch on potential expansion into sports betting, casino gaming, and horse racing in the state.

The three co-chairmen of the group, including Rep. Ron Stephens — the primary sponsor of a bill to legalize sports betting submitted last year — will be in attendance. The state of Georgia began formally entertaining the idea of sports betting last year last fall in committee, and Atlanta’s four professional sports teams — the Falcons (NFL), Braves (MLB), Hawks (NBA), and United (MLS) all came out in support of sports betting for professional teams but not college ones via an open letter.

In October, the Atlanta Motor Speedway President Ed Clark also unveiled conceptual plans to the committee that would incorporate a casino and a horse racing track as part of a $1 billion entertainment complex that would include 85k square feet of casino gaming space. In addition to NASCAR events, AMS also hosts the Georgia State Fair, Atlanta Air Show, and Imagine Music Festival.

The likely path to possible passage

Georgia’s Office of Legislative Counsel (OLC) released its opinion in October that looked to provide a clear path for sports betting legalization via state amendment. A bill would require approval by two-thirds of both the General Assembly (120 members) and the State Senate (37), followed by a simple majority of Georgia voters.

Brandon Beach, who would likely be the sponsor of any bill when it arrives in the Senate because he was chairing a study committee reviewing multiple types of betting, had brought the question to the OLC for guidance in whether it could simply be approved by a simple majority of the state legislature or required more processes.

Stephens’ bill, HB 570, would allow for sports wagering on professional and college teams in the state of Georgia, with a tax rate of 10%. Georgia Governor Brian Kemp asked state agencies for budget cuts of 4% in fiscal year 2020 and 6% in fiscal year 2021, perhaps increasing the appetite for bringing sports betting, casino gaming, and horse racing.

With a major metropolis in Atlanta, Georgia is well-situated to be a regional leader in sports betting. Only two of its border states — North Carolina and Tennessee — have legalized sports betting, and North Carolina has only authorized limited in-person sports betting for two casinos run by the Eastern Band of Cherokee Indians located along the North Carolina-Tennessee border and near Asheville, N.C. Neither Harrah’s-run casino, though, has opened its respective sportsbook.

Tennessee is still in its first steps of moving forward with online sports betting following the enactment of the state’s Sport Gaming Act on July 1, as there have been issues regarding early drafts of regulations released in November.