Georgia’s Got Sports Betting On Its Mind 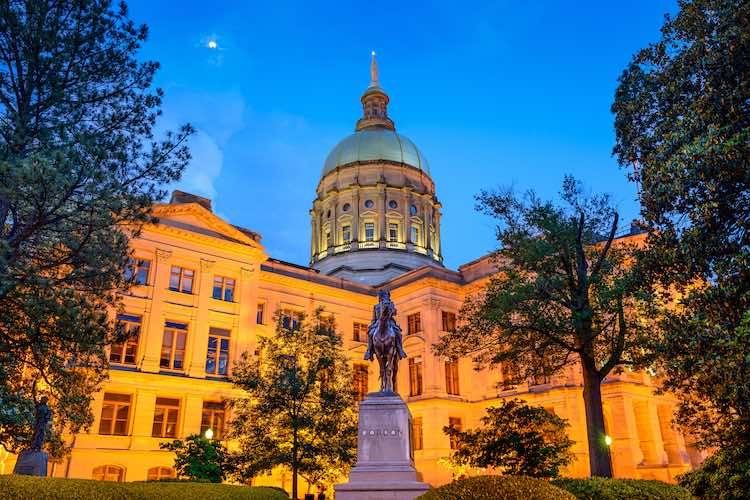 If recent media reports are any indication, sports betting seems to be very much at the front of the minds of Georgians. Just this week, a state Senate committee discussed the financial implications of legal horse racing and sports betting, while Deputy Legislative Counsel D. Stuart Morelli submits in a legal memorandum that the legalization of sports gambling would require a constitutional amendment. Also the Atlanta Journal-Constitution ran a story about a former lawmaker who now works for a sports betting lobbying firm.

The conversation will continue in a state has no casino or gaming infrastructure.

Voter approval may be needed

We thought all of these revelations deserved a little closer look, so here goes:

Sports betting is the main topic, including whether a constitutional amendment is necessary. #gapol pic.twitter.com/99Z8GywLwv

Given all the conversation, it seems likely that Georgia lawmakers will take a serious stab at legalizing sports betting when the next session opens in mid-January 2020. Three sports betting related bills, including one that proposed a constitutional amendment, were introduced during the 2019 legislative session, but none got to a floor vote on either the House or Senate side.

BREAKING LIVE: Largest sports bet in history made by Mattress Mack. He bet $3.5 Million that the Houston Astros will win the World Series. Sports betting was legalized in the state of Mississippi this past year.https://t.co/sOORJdbPKb

Some Southern states, including Arkansas, Mississippi, and West Virginia, have been quick to embrace sports betting. In fact, Mississippi was the was the third state to launch sports betting behind Delaware and New Jersey in 2018. West Virginia wasn’t far behind, though its sportsbooks had some issues with vendors resulting in a slow rollout. And Arkansas voters legalized sports betting via referendum last November and the first legal bets were taken in July 2019.

But Georgia sits in a unique spot — only one of its border states has legal sports betting, and Atlanta is by far the biggest city within a 650-mile radius. Tennessee in July became the first state to legalize mobile-only sports betting and to require the use of “official league data” in settling bets. And Alabama and Florida don’t appear poised to legalize anytime soon, while North Carolina will allow only on-site wagering at a pair of tribal casinos away from large population centers.