Georgia Stakeholders Optimistic 2022 Is The Year For Legal Sports Betting

by Bennett Conlin
in Industry, Legislation 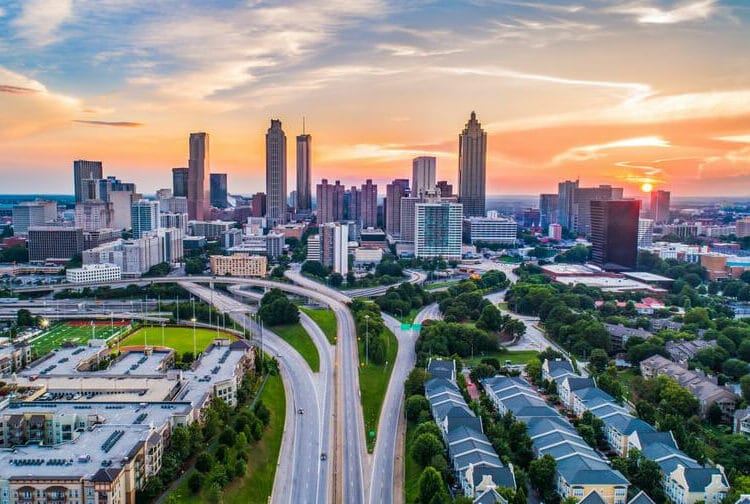 In early January, Georgia House Speaker David Ralston met with reporters and discussed the potential for gambling legislation in his state. Ralston’s words sparked some hope among sports betting supporters that online sports wagering could soon be coming to Georgia.

“There is an appetite I haven’t seen before to do something,” Ralston told the local press.

A measure aimed at allowing sports betting in Georgia made it through the Georgia Senate in 2021, but it failed to get through the House as discussions related to voting rights dominated the focus of legislators. There’s some hope among sports betting backers that 2022 could be different.

“Maybe we should just ask Georgians whether they want to allow gaming and, if so, move forward with the details,” Ralston said.

A push for sports betting

Ralston isn’t the only person close to the Georgia sports betting situation expecting movement in 2022.

“I’m very optimistic,” lobbyist Billy Linville told Sports Handle. “I think that the more legislators learn about sports gaming, the more likely they are to support it. It’s becoming ubiquitous in the country, and our surrounding states have adopted sports gaming, and it’s a way to capture lost revenue, but also regulate this industry to protect consumers.”

Linville, who represents the Sports Integrity Alliance — a group of Atlanta professional sports teams openly in support of legal sports betting — says the alliance maintains its position on sports wagering. Teams like the NBA’s Atlanta Hawks, the NFL’s Atlanta Falcons, and the MLB’s Atlanta Braves want to see legal sports wagering in Georgia.

In a 2020 interview with a Georgia radio outlet, Linville stressed the need for professional sports teams to engage fans who often use their phones. Mobile sports betting is certainly one way to keep fans engaged throughout the duration of a game.

“They’re still supportive of this legislation,” Linville said of the Sports Integrity Alliance. “We’re hopeful in the coming days that the legislation will start moving and eventually it will pass the session of the general assembly.”

FanDuel announced last year it would open a new office hub in Atlanta, promising more than 900 new jobs over a five-year span. The company aimed to be operational in its new space by June 1, 2022. Gov. Brian Kemp, who has opposed sports gambling in the past, was supportive of the company coming to Georgia.

I’m proud to welcome FanDuel to the #1 State for Business! This will create good-paying jobs for many hardworking Georgians.https://t.co/EV4LAWTyz9

The expectation, given previous bills, is that the Georgia Lottery would be the state’s regulator if sports betting is legalized, and a significant chunk of the tax revenue from it would benefit the HOPE Scholarship Program. The program offers Georgia students in need financial assistance to attend eligible Georgia colleges and universities.

“This is coming, so I think legislators are recognizing that it is inevitable, so let’s regulate it and protect consumers and capture that lost revenue and put it to good use,” Linville said.

Not everyone in Georgia agrees with the push for sports betting.

“You can’t even watch golf now without [them] wanting you to gamble,” Mike Griffin, a Georgia Baptist Mission Board lobbyist, told WXIA-TV.

@GaPublicAffairs Rep. Mike Griffin, "Studies have shown, for example from @SPGambling , a national organization, that for every dollar we spend to promote not gambling, they’ll spend $250. I'm just saying, it will not be a fair fight," he said. https://t.co/GR6yFLgY6A @wcantrell

Griffin is among those against legalizing sports wagering in Georgia, as the Georgia Baptist Mission Board fears potential negative repercussions such as increased addiction from allowing sports betting. The resistance against sports betting might not be enough to stop it from being legalized this year, though.

Rep. Ron Stephens told The Atlanta Journal-Constitution last month that he plans to file a few different proposals connected to gambling, including a bill related to sports betting and resolutions related to allowing horse racing and casino gambling. For a sports betting bill to gain approval, 50% of the House and Senate need to support the measure. A constitutional amendment needs more support, requiring 66% of votes in both the House and Senate before receiving a majority vote in a statewide election.

Expect action soon as Stephens and others try to legalize sports betting in Georgia.

“With the rising popularity of sports gaming, especially with the rising popularity of the National Football League, many states have legalized the practice,” Stephens wrote in a Feb. 3 opinion piece for the Bryan County News. “Even some of the biggest sports wagering companies are listed on major stock exchanges. With this being the 30th anniversary of the lottery vote creating the HOPE Scholarship, more than 2 million Georgians have lifted themselves up thru a higher education and technical college careers. More than 1.6 million families received pre-K head starts. We will take up sports gaming in the days to come to close the gap with HOPE and pre k. Bottom line, this will be another lottery game.”

Politicians in the state have come close to legalizing sports wagering in recent years, but there’s a growing confidence among stakeholders that 2022 is Georgia’s year to pass sports betting legislation.

“I think it’s going to pass this year,” Linville said. “I think there’s a consensus building that now is the time to legalize this.”