Get A Grip: The Week In Sports Betting: Maine, Massachusetts, Canada, More

Most the industry news that's fit to link 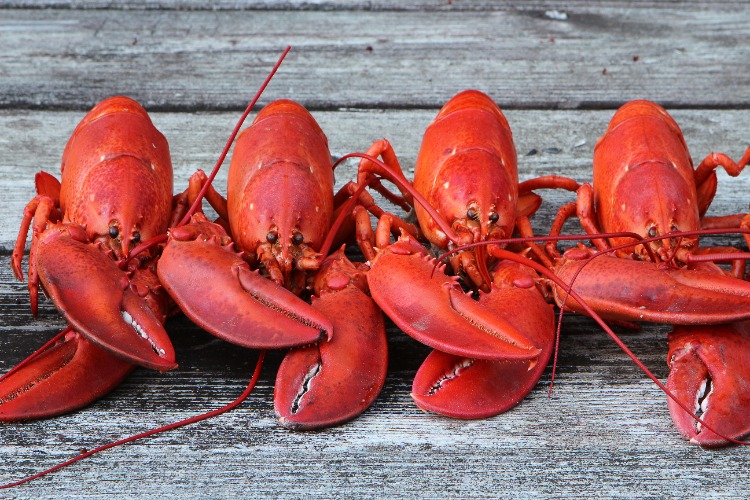 The Maine Event: They’re Back

The ball and string have almost fully wound around the pole in Maine’s game of sports betting tetherball.

For those just joining, efforts at sports wagering legalization began in earnest in 2019 when lawmakers in both chambers delivered to Gov. Janet Mills LD 553, which would have created a wide open, competitive, uncapped online sportsbook marketplace; it would not have required an online sportsbook to have any connection to, or market access deal with, a pre-existing gambling entity in the state, also known as a “tethering” requirement. And this was the deal-breaker last time around, as the in-state casino lobby, mainly Penn National Gaming, shoved hard against it and succeeded.

“I remain unconvinced at this time that the majority of Maine people are ready to legalize, support, endorse and promote betting on competitive athletic events,” Mills wrote in a veto letter in Jan. 2020, despite overwhelming majorities in both chambers in favor of the bill. A subsequent effort to override the veto passed in the Senate but didn’t muster enough support in the House.

This time around, Mills will receive a version of the bill, LD 1352, that creates a much more restrictive sportsbook market that will see roughly 12 online sportsbooks at a maximum between the state’s racetracks, casinos, OTBs, and federally recognized tribes. Thus, Penn’s play to become the gatekeeper to entry will have succeeded, unless Mills finds occasion or inspiration to veto once again.

“That market-access fee (for tethering) involves paying a hefty fee or revenue share, forcing operators to pay their competitors to operate,” Luchini said. “There is less consumer choice for our constituents, and higher costs for the online platforms.”

Alas, will Mills be convinced of the people’s will this time?

More of the top stories from our network

Top Sportsbooks Balk At Taking Bets On Olympic Trials, Despite Some States Allowing It

How Did Colorado End Up With So Little For Program Gambling Programs?

Massachusetts lawmakers held a marathon sports betting hearing Thursday, and heard much of what lawmakers across the country have heard during the legislative process over the last three years. Problem-gambling advocates asked for more guardrails and a prohibition on allowing credit cards to be used to fund player accounts, potential operators asked for an open, competitive marketplace, no college carve out, and reasonable taxes and fees, small businesses asked for a chance to be included, and minority groups asked for “black- and brown-” owned businesses to be given a chance and assistance in breaking into the gaming landscape.

The hearing in the Joint Economic and Emerging Technologies Committee was the first this year. Nineteen sports betting bills have been filed and most would legalize statewide mobile gaming. From there, the bills are all over the map. Tax rates, the ability to bet on college sports, and who would be entitled to apply for an operator’s license were all up for discussion. The only things that were clear by the end of the hearing were that the committee will ultimately create its own “omnibus” sports betting bill, culling from what’s already been filed, and lawmakers are anxious to legalize and stop the flow of dollars out of the state.

“One of our chief exports is sports betting dollars to Rhode Island, New Hampshire and other jurisdictions,” said Sen. Paul Feeney, sponsor of SB 263, which would allow for statewide mobile, require digital platforms to be tethered to brick-and-mortar locations, and allow for wagering on horse racing.

All of the big-name sports betting operators testified, and brought out their big guns. Jason Robins, part owner and CEO of DraftKings, which is headquartered in Boston, was joined by FanDuel Vice President of Government Affairs and Product Counsel Cory Fox, and MGM Senior Vice President of Public Affairs Ayesha Molino on one panel, while Penn National Gaming Vice Present of Public Affairs Jeff Morris was among the other operators who testified.

MGM owns a physical Las Vegas-style casino in Springfield in the western part of the state, and PNG, which operates online under the Barstool Sportsbook banner,  owns the Plainridge Park Casino, which is southwest of Boston near the Rhode Island border. Both advocated for a model that would require that digital platforms be tethered to existing gaming properties.

“We also believe it is critical that the operation of retail and mobile sports betting be limited to existing licensed gaming operators, who have invested billions of dollars in economic development in Massachusetts,” Morris said. “Importantly, the Commonwealth’s gaming industry, along with its skin partners, have in place well-established, rigorous compliance and responsible gaming protocols to ensure a safe wagering environment for consumers.”

The hearing adjourned with no action and without lawmakers sharing a timeline for what happens next.

This week marks three months since Connecticut Gov. Ned Lamont and leaders from the state’s two federally recognized tribes — the Mashantucket Pequot and Mohegan — signed off on new Class III gaming pacts that will allow for sports betting in the state. Since then, the state legislature passed a new sports betting law, and Lamont also signed off on that. But whether or not the tribes, which can now offer retail and digital sports betting, will be able to do so by football season is a bit of a question.

The process for having a tribal pact approved by the U.S. Department of the Interior can take up to 135 days — 45 days for Interior to sign off and up to 90 days for a pact to published in the Federal Register. Pacts are not operational until they are published. As of this week, the state of Connecticut had not sent its pacts to Interior. According to a source, some amendments are still being reviewed by Lamont’s office and the tribes. It would follow that unless the pacts are sent post haste AND Interior signs off quickly, it will be impossible for wagers to be accepted by the Sept. 9 start of the NFL season. That said, Interior signed off and published Arizona’s pacts in about a month, so it is possible.

The tribes will have a near duopoly on sports betting. The one way that those in Connecticut could potentially wager during this NFL season is via the Connecticut Lottery platform or at one of its 15 retail partners. The tribes agreed to allow the lottery one online/mobile platform and to partner with up to 15 brick-and-mortar locations. The lottery initially got 15 bids for its digital platform, and is currently narrowing the field.

Two other states with Indian tribes are also in the process of getting approval from Interior. Florida’s pact with the Seminole tribe was sent to the federal government on May 26, and the Washington State Gambling Commission approved 15 pacts on June 10. Once Gov. Jay Inslee signs off on those, they will be sent to Interior. Like Connecticut, both states are hoping to launch operators before the end of the year.

The Senate of Canada debated a bill on single-event sports betting Thursday evening, but adjourned without taking a vote.

The Senate discussed the measure on third reading Thursday following numerous delays over the last several weeks. The bill, C-218, seeks to decriminalize single-game sports wagering throughout Canada. While parlay wagering is legal in Canada at the moment, it is only allowed on a limited basis.

The measure passed through the House of Commons in April by a wide margin. If legalized, single-event sports betting could generate annual gross gaming revenue of about U.S. $11 billion, according to Kevin Waugh a Conservative Member of Parliament for Saskatoon-Grasswood. Waugh sponsored C-218 in the House.

Two amendments were proposed during the session, including one by Ontario Sen. Vernon White on safeguards for match fixing. White, the former chief of the Ottawa Police Service, introduced an amendment that would include language in Canada’s Criminal Code explicitly prohibiting match fixing. White referenced anecdotal evidence of match fixing schemes among lower-level cricket and soccer leagues in Europe and Australia to buttress his argument.

“The people pressing for no amendment are doing so solely to expedite the legislation, not to ensure legislation is done properly,” White said on the Senate floor.

But Sen. David Wells, who took over the bill from Waugh, countered that he believes match fixing is already illegal through multiple provisions of the code. Language in three provisions, Section 209 (cheating at play), Section 380 (criminalizing fraud), and Section 465 (criminal conspiracy) cover criminal activity through match fixing schemes, Wells contends.

“Any arguments claiming that match fixing is legal simply because there is not a direct mention in the criminal code are not accurate,” Wells said during Thursday’s session.

White’s amendment was rejected by a 38-24 margin. In addition, 10 senators present at Thursday’s session abstained from voting.

Another amendment introduced by Manitoba Sen. Mary Jane McCallum seeks to modify the criminal code by enabling an Indigenous government entity or body to offer a lottery scheme for various forms of gambling, including sports wagering. McCallum’s amendment is backed by The Mohawks of Kahnawàke, a tribal group that supports an initiative that would allow Indigenous governing bodies to “conduct and manage gaming” through the criminal code.

While Wells is of the opinion that provinces and territories should work with Indigenous nations on agreements relevant to gaming, he indicated that tribal sports betting issues are outside of the scope of federal jurisdictional authorities.

Private member bills in Canada, such as C-218, must pass through three readings in the House and Senate before receiving royal assent. Debate on the bill is expected to resume on Monday. The Senate could address McCallum’s amendment then.

If you are betting futures and not shopping around…..you are definitely doing it wrong. Only a $6700 difference on a $100 bet with this one. And yes….I do love some Desmond Ridder to win the Heisman at 100-1. pic.twitter.com/7o7OIlDMpo

.@CircaSports has been approved to offer sports betting in Iowa and is aiming to launch in the Hawkeye State in August.