Get A Grip — The Week In Sports Betting: Hello Ohio, Maryland Moves, And Problem Gaming 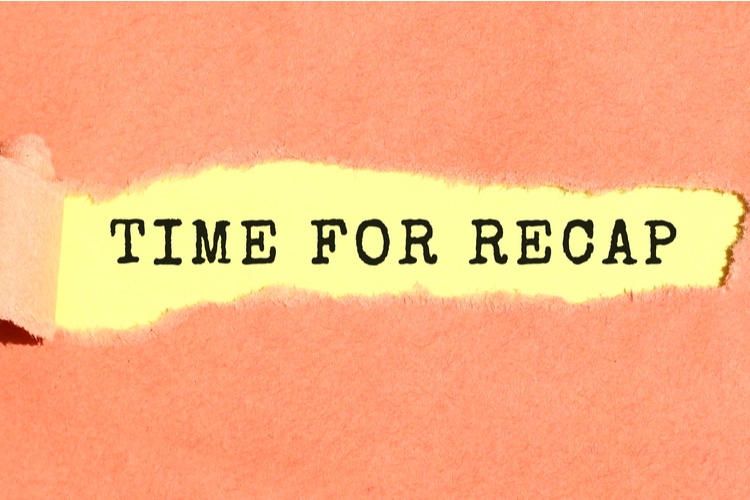 The sports betting puzzle pieces in the Midwest are starting to fill in, and Ohio appears to be next on the list. A sports betting bill has been sent to Gov. Mike DeWine’s desk, and all he has to do is sign.

After years of back and forth, sports betting should be coming to Ohio in about a year

How high can sports betting in the Buckeye State fly?

Plenty of movement in other states, too

When could sports betting be allowed in Florida again?

Even with legal options, some Michigan bettors are still going offshore

Cordish selling and leasing back casinos In Pennsylvania, Maryland

Tweaks at the city level could be coming

DraftKings staying in the news

DraftKings CEO upset a lot of people in the sports betting space, but why not lean into it?

After launch of NFT marketplace, DraftKings makes a bigger leap with NFL deal

Who picked up their Tom Brady Mystery Box??? I got one! First time trying the DraftKings NFT drop. pic.twitter.com/LtE0crGnUf

Problem gaming in the spotlight

The under has hit in 15 straight Army-Navy games, but the streak is in jeopardy

Who says there are too many bowl games? Not us

Pitt and Penn State both favored in bowl games

A rough week for horse racing

At Global Symposium of Racing, ‘opportunity’ was the buzzword

Jokic Enjoys A Night Of Racing At The Meadowlands Racetrack!!

“I wanted to get to know the sport here in the U.S. so I texted Tim about two months ago,” said Jokic. “This experience has been great.” @NBA @nuggets https://t.co/6mDxaly2hZ pic.twitter.com/Dz7CVMpO44

Odds are up for ‘Succession’ season finale

Who is still betting table tennis?

Even with core sports available, the breakout pandemic hit of 2020 is still garnering handle

Alberta could limit market to as few as two sportsbook operators, sources say

Four sports betting bills have been filed in Missouri so far, with more to come. And as in previous years, there is little common ground in the bills, which have varying tax rates, regulators, and official league data requirements.

Missouri lawmakers have been trying to legalize sports betting since 2018, and several bills have made it to the Senate floor, but none have gotten a vote. It looks a bit like that’s where things are headed again for 2022.

All the bills would allow statewide mobile wagering, with digital platforms tethered to existing gambling boats, and allow for up to three digital skins or platform partners.

Sen. Denny Hoskins, who has been championing legal sports betting from the start, has pre-filed two bills ahead of the session, one of which also includes legalizing the state’s “gray machines,” or video lottery terminals. In the past, Hoskins has been unable to pass bills that include VLTs. His sports betting-only bill, SB 643, would make the Missouri Lottery the regulator, would impose a 21% tax on gross gaming revenue, and would require the use of official league data for Tier 2 wagers. Hoskins’ SB 906 also includes VLTs but is otherwise similar to 643. The major difference on the sports betting side is that the use of official league data would not be mandated.

Sen. Tony Luetkemeyer filed SB 764, which comes with a far more operator-friendly tax rate of 6.25% and does not require the use of official league data. State revenue in Luetkemeyer’s bill would be earmarked for a newly created Gaming Proceeds for Education Fund.

A new joint venture between the ATP Tour and ATP Media hired former Sportradar executive David Lampitt on Wednesday to serve as the first chief executive officer of the group.

Lampitt, former managing director of sports content and partnerships at Sportradar, was named CEO of Tennis Data Innovations (TDI) effective Jan. 1. Lampitt will be responsible for overseeing the central management of tennis data in a variety of downstream markets, including betting and performance analytics.

The ATP created the TDI group in 2020 to manage the aggregated rights to ATP Tour and ATP Challenger Tour match data, as men’s professional tennis contemplates a proposed landmark 31-year digital rights plan that may take effect as early as 2023. From a betting standpoint, a number of top sportsbook operators already offer live streaming of global sports events outside the U.S. PointsBet expanded a content partnership with Genius Sports in October 2020 to begin offering livestreams of a wide range of sports, including tennis.

The TDI under Lampitt will also manage certain streaming rights, as the joint venture looks to develop new data products to enhance the fan experience for consumers.

“As a lifelong tennis fan, I’m delighted to be joining TDI at such an exciting juncture, as tennis looks to transform the way its data and content is leveraged across the modern game,” Lampitt said in a statement. “I’m looking forward to building out the team at TDI and supporting the ATP and ATP Media’s joint mission to deliver the best experiences to tennis fans around the world.”

In October, Sportradar signed a three-year extension with the International Tennis Federation (ITF) to continue serving as the federation’s official data partner. Under the partnership, which began in 2012, the ITF gained access to Sportradar’s universal fraud detection system, a platform that has the ability to detect irregular betting patterns throughout global sports betting markets.

Last week, the International Tennis Integrity Agency (ITIA) banned Albina Khabibulina of Uzbekistan from professional tennis for life, after the agency determined that she violated multiple rules of the Tennis Anti-Corruption Program (TACP). Following a lengthy investigation, an independent hearing officer found Khabibulina guilty of match-fixing and approaching other players in attempts to fix matches, among several other charges.

Over a three-month period that ended Sept. 30, the ITIA sanctioned five players, including two who were banned for life. There were 38 betting alerts over the quarter, four of which occurred during the year’s two final grand slams — Wimbledon and the U.S. Open.

These numbers are impressive for Woodbine, located near Toronto, Ontario, as the thoroughbred meet did not begin until June 12 because of the  COVID-19 pandemic. The 2021 season only included 99 race dates, 34 fewer than a typical season.

“Although our gains in the U.S. are considerable, we’re intently focused on revitalizing wagering in our home market area for 2022,” said Woodbine Entertainment CEO Jim Lawson. “Through evolving restrictions, we now have our racetracks and off-track locations operating, while also sporting our largest number of HPIbet users ever. Our task now is to leverage all options available in 2022 to push this area towards sustainability.”

The Canadian Football League and Genius Sports have agreed to a sports data and global technology partnership, both organizations announced Friday.

📊 The @CFL's new data ecosystem will be powered by official play-by-play statistics captured by our leading LiveStats tech.

🏈 LiveStats is a proven football solution, first developed in partnership with the @NCAA. Find out more here: pic.twitter.com/WGgcnPJzkR

The partnership should also help the CFL expand its product into the North American sports betting market.

Genius Sports partnered with MEDIAPRO Canada this summer to expand the interests of Canada Soccer and the Canadian Premier League.