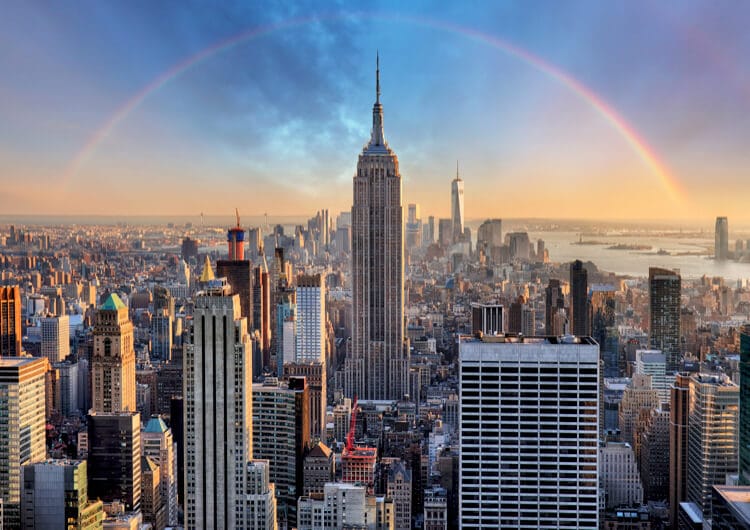 As we recap the first week of 2022, it’s exciting to think what might be ahead this year. There is little doubt more states are going to take on sports wagering this calendar year, and it all starts with New York this weekend.

The Empire State might dominate the headlines for a while, but there’s plenty going on around the country, too.

Mobile sports betting is on its way to Arkansas, but not without controversy

Once again, sports betting will be much talked about issue in Massachusetts

Will top sports betting stocks rebound after a down year in 2021?

Sports betting in the COVID era is not so easy

The Omicron variant has thrown things into utter chaos at sportsbooks

Are Nevadans really crossing the border to bet in Arizona?

League has instituted new rules for reporting injuries, but the process could still be tightened

Who needs an arena when you have betting?

Arizona Coyotes don’t have a home for 2022-23 NHL season yet, but they have a betting platform

Return of the Mack

We never forget about Canada

MaximBet is matching user donations for wildfire aid in Colorado

Number of race days, races, handle, and amount bet per race were up at Freehold Raceway

Is Georgia ready to join the U.S. gambling wave?

On Thursday, Georgia House Speaker David Ralston said lawmakers ought to look into the possibility of legalizing gambling in the state.

“There is an appetite this session that I haven’t seen before to do something,” said Ralston, a Republican, during a media briefing. “Maybe it’s time that we asked the question of Georgians, whether they want to expand gaming. And if they say yes, then we sit down and decide what form it will take, whether it’s going to be sports betting, whether you do horses or destination resorts.”

While Gov. Brian Kemp has been a longtime opponent of gambling, a successful referendum and “yes” votes by two-thirds of the legislature could overcome his objections.

Delaware in the red for December

Delaware notched the largest national monthly negative gross gaming revenue of the post-PASPA era Thursday when the state lottery showed operators statewide finished $972,382 in the red. The previous record was held by Rhode Island, which finished down $890,623 in February 2019, in part because of Super Bowl wagering on the New England Patriots.

The state’s 114 retail sports lottery agents took the brunt of the losses in December, paying out more than $6.4 million in winnings compared to the $5.1 million in wagers accepted, as the hold was -25.71% on the parlay-style wagering. It was a whiplash-like turnaround for retailers, who had posted a jaw-dropping 60.95% win rate in November — the second-highest in state history since launching retail lottery wagering in August 2018 — and collected nearly $4.2 million from $6.8 million bet. Delaware’s three racetracks that take sports bets generated $339,210 in gross revenue, slightly softening the blow.

Excluding months affected by the COVID-19 pandemic, it is the third time Delaware has finished with negative gross revenue. The $616,941 loss in February 2019 and $410,665 loss in February 2020 were largely attributed to Super Bowl wagering.

Thoroughbred racing handle up, but …

But unfortunately, there isn’t much meaningful context provided. If the rise was fueled by mainstream horseplayers, that might indicate growth for the sport, but if the rise was driven by oft-criticized, highly rebated computer robotic wagers, that isn’t reason for much celebration.

“Is it good news? Yes. The question is how much does this actually tell us about the racing business. Not one group in the U.S. who could tell you what it means,” said Pat Cummings, executive director of the Thoroughbred Idea Foundation, a think tank that addresses issues in the horse racing industry. “It doesn’t tell you what type of customers this is coming from. If it is coming from heavily rebated customers, is that a great story? We don’t know what it tells us. It creates more questions than answers.”

The political committee for the California Solutions to Homelessness and Mental Health Act announced Thursday that it has reached the 25% threshold for signature collection, making it the first of three sports betting proposals still aiming for the November ballot to reach that mark. The proposal is backed by a coalition of seven major gaming companies.

“Our measure is receiving an overwhelmingly positive response from California voters as we collect signatures,” a spokesman said. “Californians are very supportive of funding solutions to homelessness by regulating and permitting safe and responsible online sports betting.”

There could be as many as four initiatives on the 2022 ballot, but so far, only a tribal retail-only initiative has qualified. The three others trying to qualify would allow for statewide mobile sports betting. One is backed by commercial operators, one by card rooms, and one by a group of four tribes. Proponents must collect 997,139 signatures to get on the ballot.

A group of racetrack owners in Alabama have rolled out an advertising campaign that promises $700 million in revenue for the state should gaming be legalized. The Alabama Track Owners Association rolled out ads that ask voters to contact state lawmakers and encourage a bill that would allow for up to six retail casinos and a new lottery. Sports betting would also be part of the package, as it was last session.

Here’s a look at the ad:

Two sister tribes in Washington state, the Jamestown and Port Gamble S’Klallams, received federal approval late last month to open their sportsbooks, while a FanDuel spokesperson told Sports Handle that it planned to open its book at the Suquamish Clearwater Casino by the end of January.

Were it not for some paperwork that got lost in transit to Washington, D.C., Glenn Smithson, general manager of the Jamestown tribe’s 7 Cedars Casino near Sequim, told Sports Handle that “we would have been approved at the exact same time as everyone else” in late summer. Instead, Smithson said 7 Cedars will bide its time and open its sportsbook sometime before next football season, as it’s still in the process of designing the venue with a well-known vendor that will be announced later.

Meanwhile, Maverick Gaming is running back a bill that, if approved by the legislature, would authorize non-tribal sportsbooks at card rooms. Under current state law, sports betting is restricted to tribal gaming properties.

Source: NFL chief strategy & growth officer Chris Halpin is leaving the league later this month. Halpin is one of Roger Goodell’s top lieutenants, and is point man for the league’s efforts on gambling and international.

Has been considered a contender to be next commissioner.

On Monday, a U.S. sportsbook took a $66,500 bet on a Southern-Texas Southern women's college basketball game, which begs the question — should sportsbooks take big bets on lower-profile events?https://t.co/89DlbexMek

OH NO, NE: Proposed law would ban casinos within 50 miles of each other in Nebraska [KMTV]