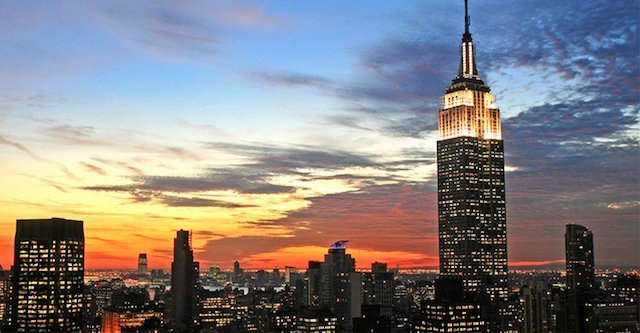 We’ll learn more next week about Governor Andrew Cuomo’s vision, or lack of vision, for legalized online sports gambling in NY. As you probably know, right now sports wagering is only permitted at physical sportsbook locations at four upstate commercial casinos, as well as at tribal casinos including the popular Turning Stone Rest Casino between Utica and Syracuse.

Cuomo’s change of lyrics comes in response to a massive $73.3 billion budget deficit for the state and New York City over the next four years, due in part to the ongoing coronavirus pandemic that has ravaged numerous regions throughout the state.

“New York has the potential to be the largest sports wagering market in the United States, and by legalizing online sports betting we aim to keep millions of dollars in tax revenue here at home, which will only strengthen our ability to rebuild from the COVID-19 crisis,” Cuomo said in a statement.

But as Matt Rybaltowski explains, Cuomo is expressing interest in a regulatory model where the state lottery runs the show, rather than the kind of open market with multiple operators competing as in neighboring New Jersey, where the betting handle grew to nearly one billion dollars in November alone, generating roughly $7 million in state tax revenue based on a 12% tax rate on online wagering revenue.

Adventures in other jurisdictions such as Oregon and Washington D.C. have shown this kind of model to be a total disaster for consumers and taxpayers. But at the present time, that is not how Cuomo’s camp is measuring the potential market:

By operating a lottery model for sports betting, the state could generate an estimated $500 million annually, Mujica said, versus around $50 million a year by adopting a framework similar to the one used by New Jersey. The Cuomo administration is expected to unveil the model at next week’s State of the State address, he added.

The governor, who in March 2019 dismissed New Jersey’s sports betting tax revenue as a “rounding error” in the state’s budget, is in need of some education on sports betting market economics. New York is going to need as large a rounding error as it can get, and the lottery model ain’t it.

Two years after Indiana legalized sports wagering, Sen. Jon Ford has been promising a bill to legalize iGaming in the state, but the road to online casino might be more rutted than Ford expected. According to a December story from 93.1 FM WIBC, some lawmakers are having gaming fatigue after legalizing or expanding gambling in each of the last two sessions.

In the report, Rep. Terri Austin said gaming may have “worn out its welcome,” and that education will be key. The state’s casino association ran a “sports betting college” ahead of legalizing in 2019, and Austin suggests something similar for her colleagues on iGaming.

Should Ford still decide to move forward with an iGaming bill, stakeholders say it would resemble the sports betting law, in that online casinos would have to be tethered to existing brick-and-mortar locations. Indiana’s state legislature opened on Monday, and as of Thursday, Ford had not filed.

Churchill Downs gets approval in TN

Churchill Downs, operating its BetAmerica online sportsbook, is the latest sports wagering operator to be licensed by the Tennessee Education Lottery Corporation. The TELC approved the company during a Board meeting on Wednesday, but did not issue a go-live date. BetAmerica will join national operators BetMGM, DraftKings, FanDuel, and local operator Action 24/7 in the state.

According to TNBets, applications filed by William Hill, WynnBET, and Zen Sports are still pending. The TELC launched the state’s first four operators on Nov. 1, 2020, and in December reported $130 million in handle for the first full month of sports betting. The Board also approved 12 vendors, including Advance Financial, a sister company to Action 24/7 that offers high-risk loans called “flex loans” with up to 279.5% annual interest rate. That’s two-seven-nine-point-five.

Tennessee is the only state in the U.S. with legal mobile/online sports wagering only. There are no casinos in the state.

Check out our in-depth look at the TELC Sports Wagering Committee’s decision to approve Advance Financial, a short-term lending company associated with Action 24/7,  as a vendor. The decision basically will encourage the funding of an Action 24/7 account with high-risk loan funds, preying on the working poor, and frequently contributing to a spiral of debt, writes Brett Smiley.

South Dakota voters on Nov. 3, 2020 legalized sports betting in the tourist town of Deadwood, and on Thursday, a SB 44 was filed. The state legislature opens on Jan. 12.

The bill would allow for sports betting at brick-and-mortar locations in the city of Deadwood, the only commercial jurisdiction with legal gaming in the state. Prop bets on college sports and betting on South Dakota collegiate teams would be banned (similar to Iowa), and the license and renewal fees will be among the lowest in the nation — $2,000. All proceeds from sports betting would to to the preservation of historic Deadwood.

Why RSI did an SPAC, not an IPO

Appearing on CNBC’s “Squawk Box” early Tuesday morning, Rush Street CEO Greg Carlin explained the decision in his company choosing to raise capital via SPAC instead of an IPO, saying, “I think if you look at the business itself, online sports betting and online casino, it’s really in its infancy. In 2020, you had roughly $1.3 billion of revenue in online sports betting and about $1.6 billion in casino, and the projections for the industry are $15 billion for sports betting and $20 billion for casino. So we’re early in the process, and I think the SPAC, that route was the way to tell that story better.”

Carlin added the SPAC vehicle “also made sense for us” in terms of being able to publicly project future revenues and earnings. RSI’s BetRivers is live online in six states and will add a seventh later this month when Michigan regulators launch operators.

CFP STORYLINES: What to watch for in the national championship. [Bleacher Report]

BREAKING DOWN NFL PLAYOFFS: A deep dive into the first round of the postseason. [NYT]

NOT SO FAST: Tilman Fertitta’s Golden Nugget IPO not getting embraced. [NYPost]

Damn I wish sport betting was legal in Ohio already

HEALTH UPDATE: Sheldon Adelson is stepping back for another round of cancer treatment. [CDCGaming]

HE’S BACK: Former NJ Gov. Chris Christie is back on WFAN. [NJ.com]

Should Super Bowl Monday Be A Holiday?