Get A Grip — The Week In Sports Betting: WynnBet Launches In NY, Olympics, And Gearing Up For The Super Bowl 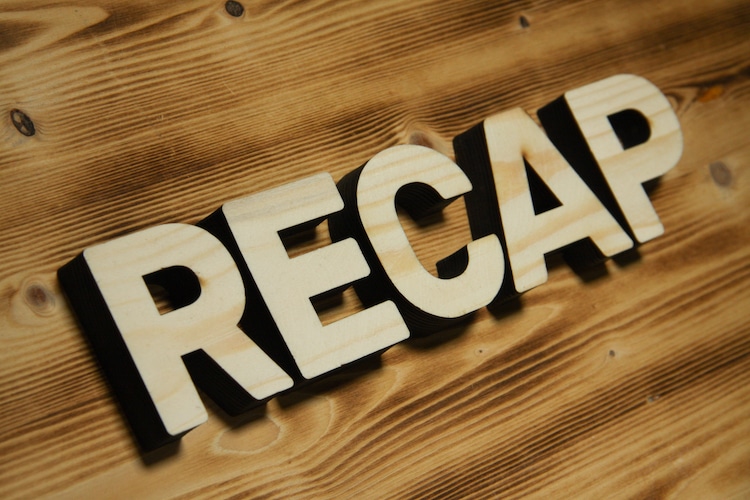 The weeks between the NFL conference championships and the Super Bowl have always been busy for sportswriters and sportsbooks, but with the explosion of sports betting in the United States, it has jumped to another level.

WynnBet led the charge this week, with the news that it went live in New York on Friday. There was plenty else out of New York this week to make headlines, along with the start of the Olympics, news tied to the Super Bowl, and more sports betting developments from around the country.

Jeff Fisher to lead Michigan Panthers in return of USFL

Does the Pro Bowl count as football, though?

While the Pro Bowl may seem impossible to wager on, there might be a few edges

But don’t forget, the Olympics have started

How does Johnny Avello tackle the Olympics?

Winter Olympics have a touch of New Jersey flavor

Once taboo on TV and radio broadcasts, sports betting is increasingly a topic

Controversy of the week

Problem gaming issues not going away

What happens when someone calls a problem gambling hotline?

It’s always something with horse racing

Let us bet the Lady Vols

Penn moves closer to 100% with Barstool

PNG’s Snowden is firm believer in partnership, despite accusations against Portnoy

Sports wagering In Louisiana is off to a strong start

Things are starting to shake out in Ohio

… and the stock market

We’ve got Canada covered, from A to Zed

Canada has high expectations at Olympics in hockey and curling

In New Jersey, too

In-stadium sportsbooks are all the rage

NFL-fueled surge in handle leads to record revenue for operators

Maine sports betting back on the table?

According to a source in Maine, the bill that would allow for legal statewide mobile wagering is set to come off the “Appropriations Table” as soon as next week. The bill, LD 1352, was passed last year by both chambers and has been on the Appropriations Table, which is a kind of holding bin.

Since the bill passed, sponsor Louis Luchini resigned from the Senate to take a job with the federal government, so it is unclear who will pick up the torch for sports betting.

Maine lawmakers in 2019 passed a sports betting bill, but Gov. Janet Mills vetoed it in early 2020. Since then, Maine lawmakers held hearings and formed a committee to rework the bill, which in its current form would require mobile platforms to be tethered to existing gaming locations. Luchini, who wanted platforms to stand alone, tried to kill his own bill last summer due to changes that had been inserted.

In one of the smallest states by population, Maine’s gaming industry consists of horse tracks, OTBs, and two casinos owned by Penn National Gaming.

Standard General, the largest shareholder of Bally’s, made a proposal last month to purchase all the Bally’s shares that it did not already own for $38 a share. Standard General Managing Partner Soo Kim also serves as chairman of Bally’s, a global casino-entertainment company that has access to online sports betting licenses in 16 states.

The committee of independent, impartial directors will evaluate the offer as well as any potential strategic alternatives to the proposal, according to Bally’s.

“There can be no assurance that any definitive offer will be made or accepted, that any agreement will be executed or that any transaction will be consummated,” a statement from Bally’s said.

In a letter dated Jan. 25, Kim urged Bally’s to appoint a special committee to consider the proposal and make a recommendation to the company’s board of directors. Standard General will not move forward with the transaction without approval from the committee, Kim wrote.

The South Dakota Senate’s Commerce and Energy Committee moved a bill Tuesday that would allow voters to decide if statewide mobile wagering should be legalized, according to South Dakota Public Broadcasting. Voters in a November 2020 referendum legalized only retail sports betting in Deadwood, where sportsbooks began taking wagers last year.

The proposed constitutional amendment, SJR 502, comes with a twist — mobile platforms could offer statewide digital betting, but only if wagers flow through servers in Deadwood. The proposal has the support of both the South Dakota Retailers Association and local tribes, which can offer in-person wagering under the current law.

During a hearing, lawmakers pointed out what many in other states are also seeing — residents are crossing the border into legal wagering states to place bets by phone and South Dakota is losing that revenue.

There is also a House proposal, HB 1148, that would be an expansion of gaming. It would allow sportsbook operations in a “licensed affiliate business,” which is defined as any business that meets certain criteria “that forms a partnership with a licensed gaming establishment for the purpose of offering customers within the interior of the premises the opportunity to wager on sporting events through the sports wagering system of a licensed gaming establishment.”

Casey Eure, chairman of the House Gaming Committee, told The Sun Herald that Louisiana’s launch may prompt Mississippi legislators to become more open to mobile betting in future years, but that it won’t be coming immediately.

“I guess we will just have to see the data,” Eure said. “I don’t think another year’s going to be a big difference.”

Other interesting Mississippi bills that failed to advance included one that would have allowed up to 10 skill terminal devices in certain truck stops throughout the state. Another unsuccessful measure was aimed at allowing slot machines in Mississippi airports.

NBA lottery? Not quite

The Dallas Mavericks are getting into the lottery business. The team announced on Wednesday a partnership with Jackpocket, a third-party app on which consumers can purchase lottery tickets. As part of the deal, Mavericks fans can use a code to win free tickets, merchandise, or VIP experiences, according to a press release.

Mavericks owner Mark Cuban said the partnership is “a fun evolution for lottery play. The way Jackpocket has elevated game experiences is something I’m excited to bring to Mavericks fans in Dallas.”

According to research from YouGov, 30% of Mavs fans bought a lottery ticket in the last 30 days and 12% play daily, the release stated.

This week saw the opening of two retail sportsbooks in Washington state, where sports betting — including mobile — is confined to tribal gaming properties.

On Tuesday, the Squaxin Tribe opened its IGT-powered sportsbook at Little Creek Casino in Shelton. Located on the main casino floor, it features eight betting kiosks and 82-inch video screens, along with 30 lounge seats and a 20-by-10-foot video wall.

Next week should bring at least one more opening in the state, as a Caesars spokesperson told Sports Handle that the the Vegas-based betting behemoth and the Spokane Tribe plan to open their recently announced sportsbook before the Super Bowl at the tribe’s casino in Airway Heights.

The first of what I suspect will be many interviews between now and the Super Bowl discussing my continuing efforts to legalize sports betting in Kentucky. https://t.co/UFKqfOaC40

RUH ROH: Texas poker clubs are in trouble [Gambling and the Law]

The Return of the Mack for the Super Bowl‼️@MattressMack just wagered $4,534,000 on the #CaesarsSportsbook app in Louisiana on the Bengals (+170) to win over the Rams.

ALL IN: Athletes Unlimited agrees to terms on integrity partnership with Sportradar [Insider]

THEY HAVE A PLAN: Super Group sees Betway as way through spending scramble [Yahoo! Sports]

Let's walk through what happened at Aqueduct today. The last race was canceled because of fog. That's fine. Gotta do what is safe. Can't have horses & jocks out there if they can't see. But who did this impact most? Once again, it is the bettor — in this case, the winning bettor