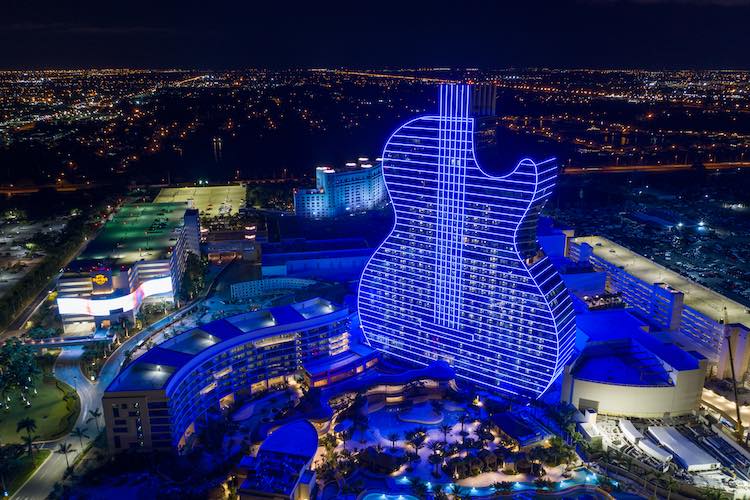 Top stories this week from our network

BREAKING:@TNAction247 has won an injunction against @TNLottery's suspension of license last Friday. License to be reinstated immediately.

Indiana, New Jersey next up for Barstool

Late last week, Florida Gov. Ron DeSantis hinted that a sports betting and gaming compromise with stakeholders could come this week. DeSantis met last week with ‘gaming interests,’ but negotiations don’t seem to be moving as quickly as hoped. Senate President Wilton Simpson had suggested his office would file a bill sometime this past week, but midweek, his office said that wouldn’t be happening.

“We will probably know one way or another within the next week or so whether we have a path to an agreement,” DeSantis told the Tampa Tribune on March 18.

Patiently waiting for sports betting to be legalized in Florida pic.twitter.com/5QgyxfxN0U

At issue is that the Seminole Tribe, which has six casinos in Florida, stopped paying the state from gaming revenue in 2019 because the tribe determined that the state violated the pact by allowing banked card games at jai lai frontons, racetracks, and card rooms. DeSantis told Politico that he had or was planning to meet with the Seminoles as well as other “gaming interests.”

A representative from Simpson’s office told Sports Handle this week: “I don’t think we’ll be in a position to file a bill this week,” but said that negotiations are ongoing. Lawmakers are already getting short on time. The final day for committee meetings this session is April 20, which means a bill must get filed, out of the Senate and onto the House floor in about three-and-a-half weeks to be able to have a shot at becoming law.

The Maryland Senate’s Budget and Taxation Committee this week heard from a bevy of witnesses, most asking for even more expansive minority business enterprise language, as guidance for sports betting regulation begins to move through the chamber. HB 940 lays out a framework for legal sports betting which voters legalized last November. It passed the House on March 11. The bill is sponsored by House Speaker Adrienne Jones, who introduced it before giving way to more than hour of testimony.

Senators heard from several local businesses, including Longshots, a women-owned sports bar, the minority owned Riverboat on the Potomac, minority and women-owned Bingo World, and women-owned Ride and Reel, all Maryland entertainment businesses that want the opportunity to offer sports wagering. Also among those testifying was Shane August, who is hoping to have his Handle 19 sportsbook in every corner of DMV.

“While some jurisdictions ‘talk’ about it, through HB 940, it is clear that the legislators of Maryland have put their pens where their mouths are,” August said via remote testimony Thursday. “This is by far the most progressive and inclusive language introduced in any sports wagering legislation thus far in our nation.”

The bill currently allows for 10 retail-only, 15 stand-alone mobile, and 13 retail-and-digital licenses, and places a premium on minority or women-owned operators.

Nebraska: Lawmakers in mid-March debated whether or not a state referendum permits sports betting, and in the end, agreed that it does, setting the stage to move forward with a regulatory framework. The Senate General Affairs Committee voted 31-10 to include sports betting in the definition of “games of chance,” which voters approved last November.  LB 561, which would allow for sports betting at racinos, but does not allow for statewide mobile wagering, is set for another hearing at noon CT on March 29. On-site mobile would be available, and prop bets on college sports would be prohibited.  The amended bill passed first reading in the committee, 37-5, and from here, lawmakers will continue to massage the bill, which also broadens restrictions on keno.

Kansas: On March 24, HB 2450, which would grant the Kansas Lottery the opportunity to have its own sports betting platform, was filed. The bill calls for the lottery to put out a request for proposal to potential operators, with proposals due Jan. 11, 2022. Under the bill, betting on college and professional sports would be legal. A week earlier, on March 18, the Senate Federal and State Affairs held another hearing on SB 84, which would allow for retail wagering at the state’s four casinos and two professional sports venues. The committee heard about an hour of testimony, but did not take a vote.  On the same day, the House Committee on State and Federal Affairs filed its own sports betting bill, HB 2444, that would legalize digital wagering via platforms tethered to professional sports venues, other qualified locations, or the state lottery. Wagering locations would also be able to offer in-person wagering via kiosk, but not in a traditional sportsbook. The bill would allow wagering on college and professional sports, but it does not set a tax rate.

One thing the Montana Sports App will never have to worry about is sophisticated play, or average play or anything above a first time player. pic.twitter.com/yXpHrzRA7G

PRIVACY: What a gambling app knows about you [NYT]

CAESARS IN NOLA? Superdome expected to give naming rights to casino giant. [Fox8]

M&A: Analyst: Bally’s $2.8B offer for Gamesys could BE ‘a transformative acquisition’ [CDC]

HORSING AROUND: Fox Sports expands its deal with NYRA. [Sportico]

HIT IT: National League pitchers will hit again this year in MLB. It won’t be pretty. [WSJ]