Get A Grip — The Week In Sports Betting: Progress and Speed Bumps 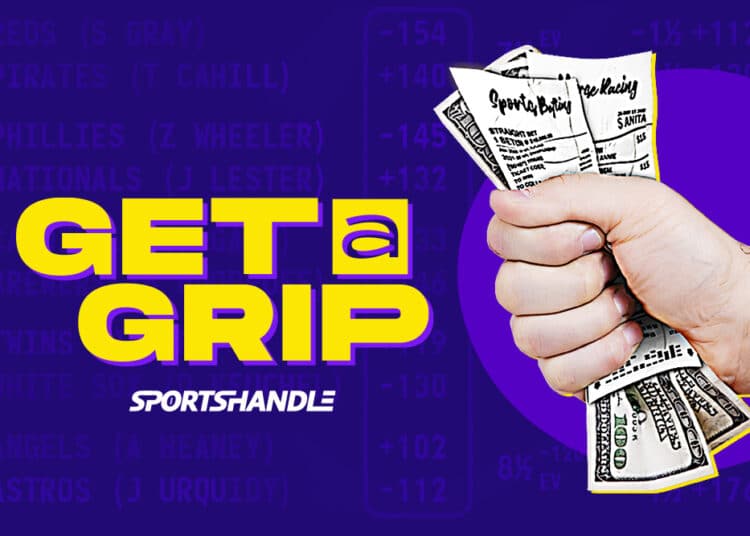 There were no major moves in the sports betting world this week, and that’s OK. But that doesn’t mean there wasn’t action. Plenty is still going on, as the the unstoppable freight train of sports betting continues to power through North America, but speed bumps can still appear.

California politicians piping up on legal sports betting, while tribes say “trust us”

Legal sports betting is not coming to Georgia in 2022

What sportsbook might replace TwinSpires after it exits Michigan?

As cool as the other side of the pillow

Coolbet lives up to its name in Canadian sports betting kerfuffle

Let there be baseball

A look at some live MLB futures

Sportsbooks adjust for Jacob deGrom’s injury, while Yankees prep for 90-plus wins again

Meadowlands Racetrack proving its worth with strong handle in March

Changes in the racing world

The New Hampshire Lottery announced Friday that it saw an $8 million increase in handle for March Madness compared to last year.

According to a press release, more than 300,000 wagers totaling $23 million were placed during the tournament on the state’s DraftKings platform. Of that handle, $1 million was wagered on the title game between Kansas and North Carolina.

For the fiscal year that began in July 2021, the New Hampshire Lottery and DraftKings “have seen New Hampshire players place more than 11 million bets, totaling more than $575 million,” according to the release.

Nearly since the Professional and Amateur Sports Protection Act was overturned in 2018, the issue of sports betting has been contentious in Maine. It was poised to become one of the first states to legalize a truly open, competitive marketplace in 2019-2020, but Gov. Janet Mills vetoed a bill that had wide support of lawmakers, stakeholders, and residents.

Since then, according to the Press-Herald, Mills has tried to go around the traditional legislative process by adding sports betting to a larger tribal-related bill. Based in Portland, the Press-Herald is the biggest newspaper in the state.

The newspaper this week called Mills out, saying she is “venue shopping” for a bill that would ultimately help to repair a rift between the state and its tribes, but would also severely limit who could offer wagering and where it could take place. Worth the read.

No-go in Alabama this year

In one of only five states with no lottery and which is bordered on two sides by legal sports betting states, Alabama’s legislature closed Thursday with no action on gaming. The Senate put off hearing two gaming-related bills on the second-to-last day of the session.

It’s the second consecutive year that lawmakers there have tried to legalize a statewide lottery and sports betting. This year the issues didn’t get out of the Senate, with one senator saying it was, in large part, because keeping gaming unregulated is a boon to many.

“I was optimistic, because I felt the arguments would win the day,” Sen. Greg Albritton told AL.com. “But the money won the day.”

STARTING POINT: Betting companies looking to cash in on college fans are just getting started [Fortune]

FOR THE LADIES: Gaming Society wants to get more women to bet … on women [Fortune]