Get A Grip: The Week In Sports Betting: Arizona Overload, Louisiana Delay, More

A lot of the news that's fit to link 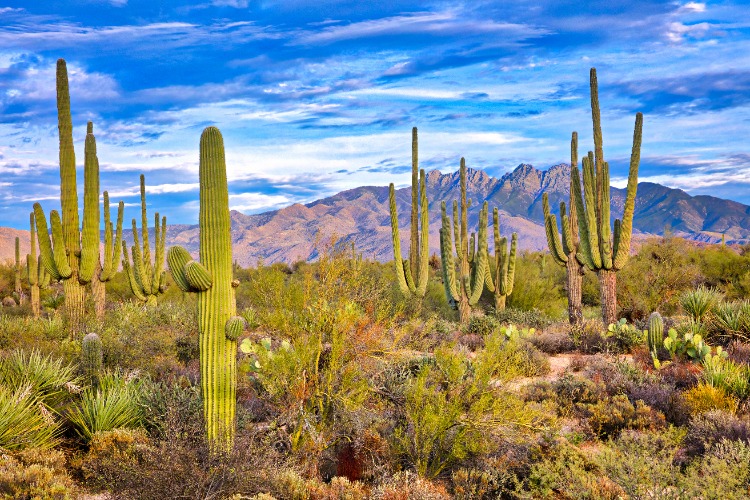 Arizona’s got too many applicants

Arizona legislators left the Arizona Department of Gaming in a sticky situation when they decided to go for “parity” in issuing event wagering licenses. Legislators passed a bill that allows for 10 event wagering operator licenses each for professional sports teams/franchises and tribes. That’s a total of 20 licenses for operators to offer retail and statewide mobile betting. When the application window closed Monday, the ADG had 10 applications from pro franchises/teams and 15 from tribes. The first step is to determine which of the applicants are “initially qualified,” which the ADG will do early next week. The next step, if more than 10 tribes are initially qualified, is to determine which 10 will get licensed.

So far, nine tribes or tribal groups have partners, the latest being the White Mountain Apache, which announced a deal with Maxim Thursday. A day earlier, the Fort McDowell Yavapi-Apache Nation announced a deal with Betfred, but the biggest news of the week was BetMGM finally announcing its deal with Gila River Casinos and the NFL Cardinals. Other tribes that have partners are the Ak-Chin Indian Community (Harrah’s/Caesars), Colorado River Tribes (BlueBet), Fort Yuma Quechan Tribe (Kindred/Unibet), Yavapi-Apache Nation (PointsBet), Tonto-Apache Tribe (TwinSpires), and San Carlos Apache Tribe (WynnBET).

While the ADG sorts through which tribes will get licensed, operators that have partnered with pro sports franchises/teams are moving forward. Caesars is planning to open a temporary retail sportsbook at Chase Field Sept. 9, according to AZFamily.com. The company will offer retail sports betting via kiosks and launch its mobile app. FanDuel, partnered with the Phoenix Suns and planning to go live Sept. 9, is making progress on its retail book, and shared some photos this week:

Louisiana could have live wagering by end of ’21

After a summer of upheaval, former Louisiana Gaming Control Board Chairman Ronnie Jones said he believes sports betting should be live in the state by the college football bowl season. Voters in 55 of 64 parishes legalized statewide mobile and retail wagering on the November 2020 ballot, and lawmakers approved a framework bill in June. Since then, the LGCB has been working on the application process and regulations.

Jones, now a consultant with Entain, said it’s unlikely the regulator will be ready to launch operators by the NFL season.

“I’m optimistic that this is well underway, and I think we’re going to see sports betting by the end of the football season,” Jones said on a local Shreveport radio station on Aug. 8.

In June, Jones was not reconfirmed by the Senate, and in late July, Ronnie Johns resigned as a state senator to accept an appointment as chairman. The next LGCB meeting is set for Aug. 19.

While sports betting cannot be legalized in Texas until 2023 at the earliest since the state legislature only meets in odd-numbered years, Caesars began laying groundwork this week when it announced a partnership with the Houston Texans to become the NFL team’s official casino partner. The deal is Caesars’ first with a professional sports team in the Lone Star State.

Caesars Rewards will be the sponsor of the free-to-play “Schedule Pick ‘Em” game on the team’s mobile app, which offers exclusive prizes, including game tickets and a trip to a Caesars Entertainment destination property. Additionally, one season ticket holder at each home game will be selected for a chance to win an all-inclusive trip to Las Vegas, while rewards members could score a chance to cheer on the Texans “like a Caesar” from a luxury suite at NRG Stadium.

“Caesars Entertainment is committed to expanding relationships with leagues and professional sports teams, and we’re thrilled to team up with the Houston Texans,” said Chris Holdren, co-president of Caesars Digital. “We look forward to creating extraordinary experiences for Texans fans by doing what we do best, leveraging Caesars Entertainment’s vast portfolio of casino, hospitality, entertainment, and sports expertise.”

None of the three sports betting bills filed during the last legislative session made it to the floor, though Rep. Dan Huberty was able to present his bill, HB 2070, to the State Affairs Committee in June to begin a potential dialogue.

Top stories this week from around our network

The New York Gaming Commission has received six mobile sports wagering applications, headlined by a "super bid" from a few industry heavyweights.@MattRybaltowski with an in-depth look at each submission. https://t.co/9cDmKnYsBj

DraftKings Buys Golden Nugget Online Casino For $1.5B In Stock

NEWS: Shaq has been named a brand ambassador for @WynnBET and will be the face of advertising campaigns across TV, digital, and print.

To comply with NBA rules, Shaq will have to sell his minority stake in the Sacramento Kings.

It All Adds Up: The House Wields The Hammer In June And Cleans Up

I'm putting it out there, @BetRivers:

A few more items of note

Blurred Lines: The Gamblification Of The American Arcade

DO SOMETHING: Florida compacts approved, so it’s time for courts to kill Seminole deal. [OrlandoSentinel]

SMART MOVE: Flutter’s FanDuel deal turning out to be a gem. [Guardian]

Barstool Sports and MLB have engaged in "significant negotiations about having national midweek games on the site’s platforms," reports @AndrewMarchand. https://t.co/SJr5gOIu74

– Matt Rybaltowski contributed to this report