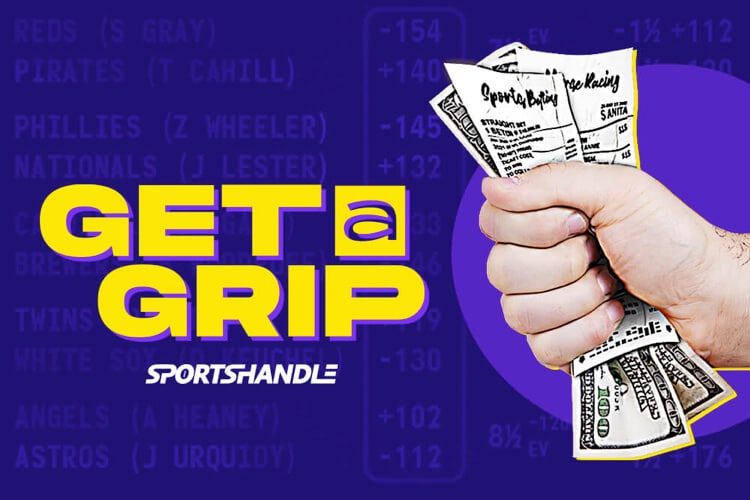 A ‘Genius’ approach to customer acquisition

And a new approach to customer retention

‘It’s Your Sportsbook Operator On Line One’

Lightfoot confirmed today the East Coast gambling company as her pick to run Chicago’s coveted casino at the River West site of the Tribune printing plant at Chicago Avenue and Halsted Street. https://t.co/TPn06tY4NY by @mitchtrout pic.twitter.com/ATAyKIH8cN

And then there were two

No Bets, No Lobstah, No Dice

Judge In PlayUp vs. Mintas Dispute Scolds Both Sides To ‘Put Aside Their Rancor’

In the same week that a tribal group led by the San Manuel Band of Mission Indians announced it would pull back and try to qualify its ballot initiative for 2024 rather than 2022, backers of the two initiatives poised to be on the ballot announced additional support.

The political committee running the California Solutions for Homelessness and Mental Health Act proposal on Wednesday released a list of 21 organizations tied to homelessness, mental health, housing, local government, seniors, and businesses in support of a digital sports betting measure. According to the press release, should the measure pass, the proposal will funnel hundreds of millions of dollars per year to help tackle California’s homelessness problems. The initiative is backed by seven potential sports betting operators, including BetMGM, DraftKings, and FanDuel, and the political committee submitted 1.6 million signatures to the Secretary of State for verification last week.

“Our organization strongly supports the initiative,” said Miguel Perez, Executive Director of the Kings Tulare Homeless Alliance. “Homelessness is at a crisis point across this state. This provides a safe and responsible path to legalizing online sports betting and generating hundreds of millions of dollars each year that will help local leaders fight homelessness. California can’t afford not to act.”

One day later, a tribal group backed by the Pechanga Band of Luiseno Indians, the Yocha Dehe Wintun Nation, and the Agua Caliente Band of Cahuilla Indians released its own updated list of proponents backing the tribal-only, retail-only initiative that has qualified for the ballot. The list includes tribes, civic groups, public safety groups, faith-based organizations, and homelessness advocates in opposition to the so-called “Corporate Online Gambling Proposition.”

“The Corporate Online Gambling Proposition was written for the sole benefit of out-of-state gambling corporations,” Pat Fong Kushida, president and CEO of the California Asian Pacific Chamber of Commerce, said in a press release. “This measure would give online gambling corporations near total control over the sports wagering market, effectively hijacking any local economic benefits for our small businesses, while sending 90% of profits from sports gambling out of state and even out of country.”

During the company’s 2022 first-quarter earnings call on Tuesday, Wynn Resorts CEO Craig Billings reaffirmed the company’s commitment to its online gambling division in light of media speculation on a potential sale.

The speculation intensified in January when the New York Post reported that Wynn Resorts placed Wynn Interactive up for sale at $500 million, a steep discount from the $3 billion valuation it received in 2021. Earlier this week, Sports Handle reported that Wynn Resorts opted to hold on to the online division, citing comments from multiple sources.

Rumor has it WynnBet is for sale. Sources tell me that ain't the truth. https://t.co/vmNhmfAUTi

Despite a more prudent approach to ad spending, Wynn Interactive reported operating losses of -$105 million, nearly doubling the total from the previous year’s quarter. At the same time, the company’s EBITDA burn rate improved amid declines in marketing expenses, according to Wynn CFO Julie Cameron-Doe. Wynn closed on Wednesday at $58.85 a share, down 4.8% on the session.

On Monday, BetMGM announced a new partnership with the Houston Astros, seemingly laying groundwork should lawmakers there legalize sports betting. Texas is currently surrounded by legal wagering states, but the state legislature in 2021 declined to seriously consider any gambling bills, and won’t meet again until 2023.

A permanent BetMGM outfield wall sign and rotational promotional messaging behind home plate are included in the deal, according to a press release. The partnership includes special betting promotions for BetMGM customers in Louisiana. Astros fans will also be given opportunities to take part in VIP experiences, including throwing out the first pitch and on-field access.

In other deals this week, the Los Angeles Sparks partnered with LegalZoom, a legal, compliance, and tax solutions platform, and Texas A&M partnered with Logo Brands for branded tailgate and outdoor lifestyle products.

Daily fantasy sports provider Underdog Sports, which has plans to move into the sports betting space, announced that Stacie Stern, formerly with FanDuel, has joined the company as vice president of government affairs and partnerships. Underdog is funded in part by Mark Cuban, Kevin Durant, Trae Young, Odell Beckham Jr., and a host of other sports and entertainment personalities.

“Underdog is the most exciting and innovative company in the space and has a great shot to be a market leader in the coming years and I can’t wait to play a meaningful role in the growth,” Stern said in a press release.

According to the American Gaming Association, commercial gaming revenue across the U.S. set a first-quarter record at $14.31 billion in the Q1 2022, including $5.31 billion in gaming revenue in March, the highest revenue month in history for the industry. First-quarter revenue increased 29% year over year. For a look at the growth, click here for the AGA’s State of the States report.

During its monthly meeting on Thursday, the Washington State Gambling Commission unanimously voted to send the Chehalis Tribe’s amended compact to Gov. Jay Inslee for approval. Should the governor and the U.S. Department of the Interior give the amended compact the green light, the tribe — which operates the Lucky Eagle Casino in rural Rochester — will become the 20th in the state with the ability to offer sports wagering.

Additionally, the amended compact will allow for higher betting limits in certain table-game areas, and will increase the percentage of profits that the tribe contributes to charities and problem gambling services.

Thrilled to be part of this new chapter at @NESN as a sports betting analyst.

Come hang with @TravisThomasExp @spshoot and me every day @ 5:30 PM on @NESN for the Ultimate Betting Show.

Matt Rybaltowski contributed to this report