Get A Grip: The Week In Sports Betting: D.C. Wins Lawsuit, NH And More 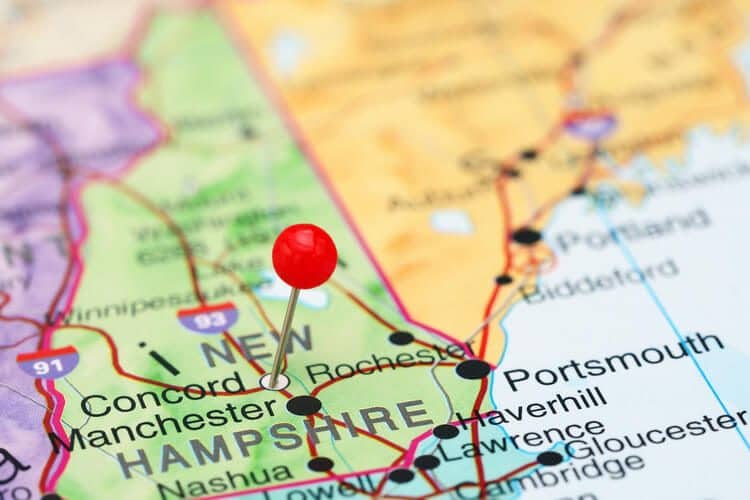 A  D.C. Superior Court judge lifted a temporary injunction on Friday that will allow the D.C. Lottery to proceed with efforts to bring mobile sports betting to the District.

Judge John Campbell lifted a temporary restraining order against the Office of the Chief Financial Officer (OCFO) Oct. 18 that prevented the OCFO from making the first installment of a payment to vendor Intralot. In July, the D.C. Council voted to award Intralot a $215 mm sole-sourced contract for operating mobile sports betting in the District.

Intralot was set to receive the first payment on Oct. 1, but Campbell extended the temporary restraining order (TRO) for a total of 21 days. Campbell issued the TRO earlier this month after Dylan Carragher, a D.C. area sports betting app developer, filed a lawsuit asserting that the contract violated the District’s procurement rules.

“We are pleased with the Judge’s decision and are fully focused on resuming the modernization of the Lottery and implementation of sports wagering in the District,” the OFCO said in a statement.

Intralot’s payment structure is based on a percentage of sales, not a lump sum, an OCFO spokesperson said. Since there have yet to be any Intralot sales related to mobile sports betting in the District, the vendor has not received the first installment, she added.

Carragher intends to appeal the decision in appellate court, an attorney for Temple Law Offices told Sports Handle. Carragher is being represented by D.C. based attorney Donald Temple.

Two weeks after voters in the city of Franklin approved having a sportsbook within their borders, the biggest city in New Hampshire heard public input on doing the same. In November, Manchester residents will vote on whether or not to welcome sports betting, and on Tuesday it held a public hearing on the issue.

According to the Manchester Union-Leader, the ballot question will read, ““Shall the City of Manchester allow the operation of sports book retail locations within the city of Manchester? If you favor this proposal, vote YES; if you do not favor it, vote NO.”

Cities and towns around New Hampshire have been clamoring to approve sports betting. City councils and boards of alderman around the state, including in Manchester and Nashua, which is right on the Massachusetts border, quickly moved to put the question on local ballots, and at least nine have voted to do so.

First comments from Whitmer's office on the Michigan sports betting legislation that I've seen in awhile. Statement given to WXYZ Detroit. Apparently governor is unhappy the substitute version was put out without sponsor seeking any input. Pretty substantial rift remains. pic.twitter.com/OHlkSeWFwu

DON’T COUNT ON IT: Baseball might come to Las Vegas, but it won’t be the A’s. [LasVegasSun]

Hey Sports fans! What a night! With so many folks jumping on the registration pages, performance bogged down (as you might expect). The good news is that registrations are coming through and people are placing their first bets. Now is a great time to ge…https://t.co/ztGQaObu3K pic.twitter.com/eqXR8AEPGc

HAVE A SEAT: Gasser Chair Co. debuts a new chair made just for sportsbooks. [CDCGaming]

Pearl River Resort in Mississippi says that on some Saturdays, 90% of their sports bets are 8-team parlays.

HE’S NOT WORRIED: NHL Commissioner says he’s not concerned about integrity on the ice. [CDCGaming]

WIRE ACT: Uncertainty aside, there’s reason to be optimistic. [USBets]

PAT ON HIS OWN BACK: Ex-NJ Governor Christie: We’re leading the way. [CDCGaming]

CONSEQUENCES: NFL can blame itself for increase penalties, decease in points. [WSJ]

UNLUCKY: Argument for why Lions, Chargers are unlucky and not just crummy. [NFL.com]

With his @Chiefs snapping a mini-losing streak at the Broncos Thursday, head coach Andy Reid reached a milestone in his career as he joined just 7 others on this legendary all-time NFL list pic.twitter.com/HbSIKjoWVn

OFFSEASON NOISE: A look at one flashy off-season move for every MLB team. [BleacherReport]

Behind the counter: A college football day in the life of a Vegas sportsbook.

New Jersey sportsbooks sail to new handle record, but fall short of half a billion.