Get A Grip: The Week In Sports Betting: Pennsylvania, RI And More 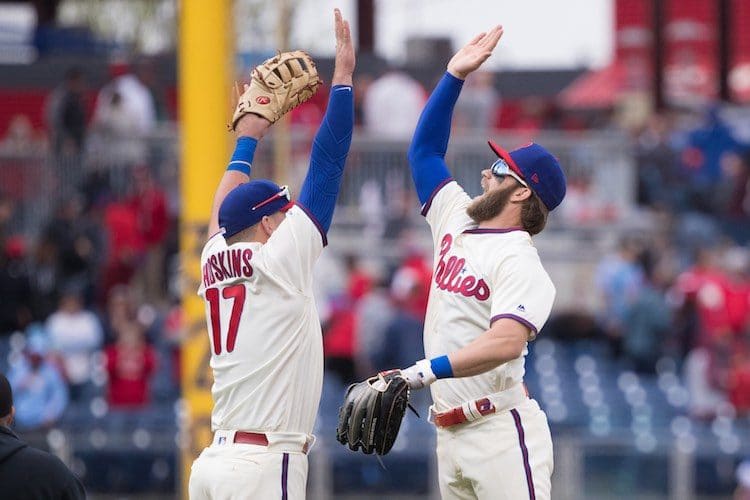 Pennsylvanians should be able to place legal mobile sports bets before Memorial Day, according to a Pennsylvania Gaming Control Board spokesman who confirmed that “one operator is ready to begin testing of their site” in the upcoming weeks. Pennsylvania legalized sports betting, including iGaming, in October 2017, and the state will become the third behind New Jersey and West Virginia to have license operator(s) launch mobile/online sports betting platforms since PASPA was overturned in May 2018.

West Virginia launched  through two Delaware North properties late last year, but those sportsbooks — both physical and interactive — have been shuttered since early March due to a contract dispute.

After the first online/mobile sportsbook goes live, the PGCB will test others as the operators are ready. There will be no coordinated state-wide mobile sports betting rollout, as is planned on July 15 for online casino and poker in the state.

Mobile sports betting in Pennsylvania is expected to look at like it does in New Jersey, where consumers can download multiple apps from different operators, place bets from their mobile devices from anywhere in the state, and access complete menus of betting markets.

To date, seven bricks-and-mortar sportsbooks are operating in the Keystone State, and each one has a mobile partner. Penn National’s Hollywood Casino (William Hill) became the first to get licensed in Pennsylvania and the first to launch at its physical location in November. The next three to launch were the SugarHouse Casino (Kambi), Rivers Casino (Kambi) and Parx Casino (GAN).

Due to a delayed start and lack of mobile sports betting, Rhode Island politicians knew months ago that sports betting revenue wouldn’t hit the mark set in Governor Gina Raimondo’s budget. But the American Gaming Association is now calling out state lawmakers and the governor for using bad data.

According to a report in GoLocalProv, the American Gaming Association says Rhode Island sports betting projections were “flawed” and that the Raimondo administration used “incorrect” data from a study. Further, the AGA says Rhode Island lawmakers used numbers from what would be considered a mature gaming market, though sports betting is in its infancy.

“Our estimate is based on a fully stabilized market (not the first four months of operation), a tax rate of 15% (Rhode Island’s is about 50%) and a legal framework that does not include any ‘unusual restrictions’ (like Rhode Island’s prohibition on in-state college sports bets). All of these factors point to expected 2019 sports betting tax revenue of well below even our modest and reasonable projections,” the AGA Director of Media Relations Caroline Ponseti is quoted as saying in GoLocalProv.

Russell Wilson says the legalization of sports betting will increase the salary cap. Makes sense why he wants tie his new contract to the increasing salary cap. He sees 🤑 from sports betting. pic.twitter.com/Lt4IvqR5Nm

UP IN THE AIR AND MOUNTAINS: Sports betting could go to Colorado voters to decide. [Denver Post]

JOCKEYING: Why is FanDuel pulling away from DraftKings in the NJ online sportsbook war? [NJOG]

On this week's @US_Bets #GambleOn podcast, we're joined by #Jeopardy sensation James Holzhauer! He talks Daily Double strategy, representing the sports betting community, and more. Plus big news out of PA, NJ, and analysis of the Tiger Masters betting: https://t.co/1GF5vEn8Jw

Montana sends two sports betting to governor, and will likely be 2019’s first to legalize.

Missouri bill with royalty and payout to state moves out of House committee.

The Oregon Lottery has selected a sports betting vendor and is embarking on the rules process.

Every game.
For every NFL team.
All in one place.

POOR PETE: Sports betting may be legal in some states, but Pete Rose isn’t feeling the love. [Yahoo!]