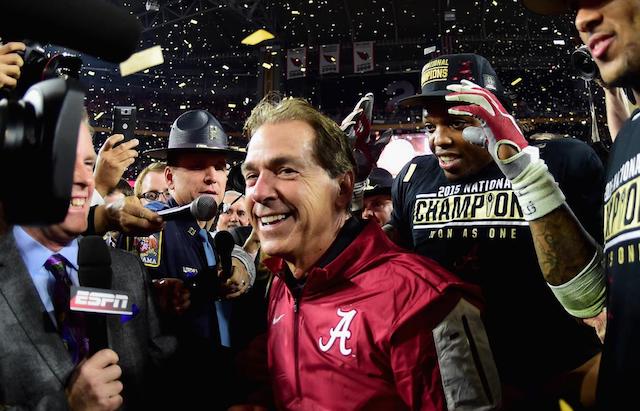 Here’s this week’s “Get a Grip,” rounding up top stories in sports betting and gaming, and the world of sports at large. You may have missed them, and they are worth reading. This is meant to be brief, so that’s it.

Most Interesting, Important Sports Betting and Gaming Stories of the Week:

Sports gambling? Probably not soon, if your state has tribal gaming [CDC Gaming]

Legalized betting is coming to college football, and the SEC is bracing for impact [CBS Sports]

Meanwhile: NY legislators are running in every direction at this point [NYDN]

Video of the Week:

NBA Commissioner Adam Silver (from the six-minute mark) before Game 1 of the NBA Finals discusses the leagues’ battle for its cut of sports betting.

“Call it a royalty, call it an integrity fee,” he says. Taxonomy aside, Silver says “We’ve had better receptions in certain states than others” in response to a question about whether they expect to extract money from states/operators. “It depends.”

He discusses private negotiations and commercial agreements with casinos/potential operators, which is Plan 1B for monetizing, with 1A being influencing legislators to codify fees benefiting the leagues.

Take of the Week:

LeBron James is so good that it has gotten to the point that even his greatest critics have to respect him.

Commentary: Officials from Game 1 of the NBA Finals were horrific and should not be back this series [TBL]

What it was like to manage a rookie Doc Gooden, the gritty Wally Backman and the New York Mets [SI.com]

Tweets of the Week:

McCourty laughed at players on other teams who said it’s not fun playing for the Patriots: “We’ve got a couple guys here who were in Cleveland and went 0-16. They said that wasn’t fun.”

(Can you imagine if Votto was just randomly watching this on Netflix one day. Had to be surreal.) pic.twitter.com/ukGxeph5aA

I asked Joey Votto about @JerrySeinfeld and David Letterman trading Joey Votto stories on Letterman's @netflix show. His response (and I'm not kidding, this is really what he said, he is likely kidding, though): pic.twitter.com/yZoptXpn0z

Delaware Lottery Director on Sports Betting: ‘We’ve Been Ready Since 2009’

Get A Grip — The Week In Sports Betting: New York Already Looking To Tinker