Get a Grip: The Week in Sports Betting and Sports: Cowboys Partner With Casino, MS Numbers, and the NFL’s Opening Weekend 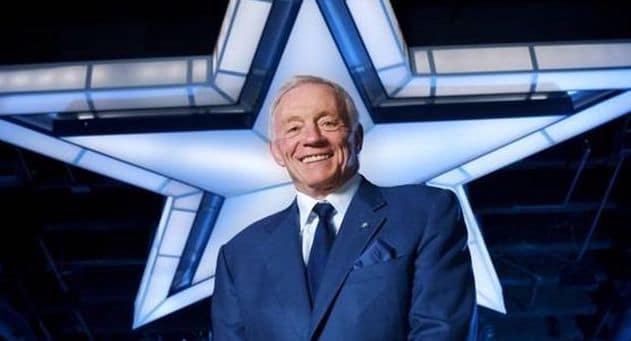 Dallas Cowboys owner Jerry Jones has broken new NFL ground after partnering “America’s Team” with a casino business. The Cowboys on Thursday announced a partnership with WinStar World Casino in Oklahoma, owned by the Chickasaw Nation Tribe, according to Reuters. This is the first time a casino has been granted status as an official team partner, and allowed to use a team’s logos and trademarks. The deal was made possible after NFL owners amended their bylaws to allow casinos to obtain official partnerships with NFL teams.

Details of the deal were not announced.

The league had long been opposed to gambling, and since the Professional and Amateur Sports Protection Act was deemed unconstitutional, has lobbied for a federal framework for sports betting, rather than allowing states to choose to make it legal or not. Last year, following the NHL’s lead, the NFL broke with tradition and agreed to allow the Raiders to move to Las Vegas.

Jones, the league’s most well-known owner and a crackerjack businessman who built his fortune in oil exploration and is reportedly worth more than $5 billion, touted the partnership at a press conference Thursday in Texas.

“The Dallas Cowboys take great pride in aligning themselves with the best brands in the world,” Jones said. “It is a privilege to stand shoulder to shoulder as partners with such a prominent entertainment brand like WinStar World Casino.”

The Dallas Cowboys have become the first NFL team to have an official casino designation, partnering with WinStar World Casino and Resort in Oklahoma as an exclusive partner. The league relaxed its rules on gambling-related content, allowing teams to accept advertising money…

Sports betting isn’t legal in either Oklahoma or Texas, though Oklahoma has the second largest tribal gaming industry in the nation behind California. While the NFL is now accepting advertising dollars from casinos, relationships with sportsbooks are prohibited.

Bloodhorse and the Breeders Cup teamed up to host a symposium on sports betting Thursday, and gaming industry legend Victor Salerno told racetrack operators they “shouldn’t be afraid” to do this, while Monmouth Park vice president of business operations Bill Knauf told the group that racetracks are well-suited to hosting sportsbooks, according to Bloodhorse.

The presentation, which featured speakers from across gaming and the nation, lasted three hours and touched on myriad sports betting topics, including the benefits and challenges to racetracks hosting sportsbooks.

Sports betting has been a hot topic in Kentucky this summer. A nine-member, bi-partisan “working group” has met twice to discuss potential legislation, an interim joint committee hosted a meeting to hear results of a sports betting study that suggests “the time is right” for Kentucky sports betting just last week, and now the state’s horsemen are getting involved. While these meetings are largely unrelated, the fact that multiple stakeholders in the state are talking seriously about sports betting points to the idea that lawmakers will tackle sports betting legislation early in the 2019 session.

The Sports Gambling Gold Rush: It’s upon us and everyone is scrambling to capitalize [TheBigLead]

On the Ground in Mississippi:  ‘Welcome to Mississippi’: Scenes from the sportsbooks [Chalk]

Lobbyists on the Ground in Kentucky:  They are unlikely to succeed at securing “integrity fee” [Herald-Ledger]

Caesars Launches New N.J. Mobile App: On Thursday, Caesars joined the fray in the Garden State with an app that allows players to bet sports and play 400 games on their device. [NJ OnlineGambling]

Tropicana AC to Launch Sportsbook: The casino announced this week that it has partnered with William Hill. [NJ.com]

$340K Wagered in WV on 1st College Football Saturday: The Hollywood Casino at Charles Town Races opened its sportsbook on Aug. 30, and is the only one currently open in West Virginia. [WUSA9]

The Occasional Position: VSiN honcho Brent Musburger explains his betting philosophy while being the voice of the Raiders  [Traina Thoughts/SI]

Elsewhere in the Wide World of Sports 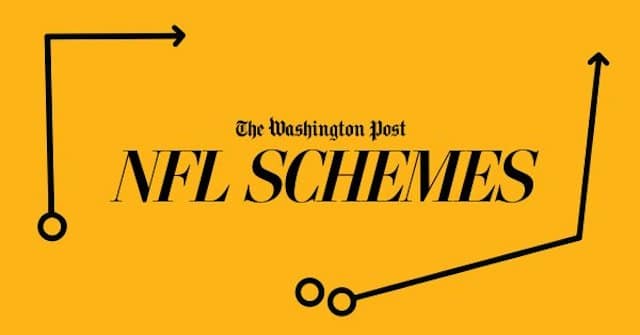 The Game Plan: From run-pass options to the West Coast offense: Breaking down all 32 offensive schemes in the NFL [WashPo]

Beginning of the End for NFL? One man’s opinion on how sports betting will ruin football. [Weekly Standard]

Cuban All in on Sports Betting: Dallas Mavericks owner Mark Cuban isn’t shy about sharing his opinions and said everything about sports betting “positives for the business of basketball.”  [GetMoreSports.com]

The new sportsbook at The Linq doesn’t open until 4pm. Here are some pictures. pic.twitter.com/j93khe54pu

Borgata has taken 2 major bets today totaling $100K. Both came on the Falcons +1. Plus, one guy is lurking right now and wants to bet $50K but is "waiting for the line to move". No word on which side. pic.twitter.com/CAuoWuCD3F

I’m not a lawyer, but can’t Colin Kaepernick just show up to court with this tweet and win his case against the NFL? https://t.co/qeQLQs18GW

CBS: Not talking about sports betting on broadcasts, but OK with promoting offshore sportsbooks and their lines. https://t.co/cr1vTckLzS

Welcome A.J. McCarron to the Raider family. Can’t wait for the “beautiful “ Mrs. McCarron to join us in Oakland .

#SuperContest entries stand at 2,908 as pace has slowed down with just 40 hours until 11 a.m. PT Saturday deadline (maybe the @LVSuperBook will “only” get 3,100, perhaps 3,200?); #SuperContestGold is at 114 but maybe more locals holding onto their 5K until last minute @VSiNLive

Mississippi Takes in $9.8M in Handle for 1st Month

Bettor Than Ever: Super Bowl And Sports Betting Take Their Romance To Next Level