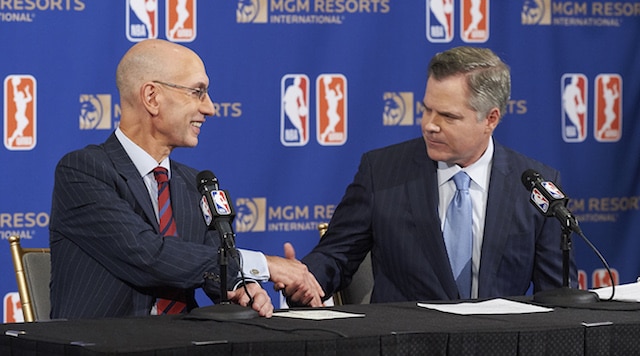 Here’s the weekend Sports Handle item, “Get a Grip,” rounding up top stories in sports betting and gaming, and the world of sports at large. You may have missed them, and they are worth reading.

This past week brought a steady pour of news and happenings, which we will attempt fully but succinctly recap here (certain to miss a few items).

Let’s begin at the beginning of the week: MGM Resorts International (MGM) kicked things off by announcing that its sportsbook at the Beau Rivage Casino in Biloxi, Miss. and Gold Strike in Tunica, Miss. would be off and running on Wednesday, marking the beginning of legal sports betting in Mississippi. Some more about the events and a couple images:

From the @BeauBiloxi earlier where @WillisMcGahee was among the first seven to make a wager in Mississippi. Also @DannySheridan1 in foreground and @robertroyal84 bit further up. pic.twitter.com/5stqtbNmlL

And here's a look at the Sports Book & Bar before it filled up. pic.twitter.com/2WbKmuAQhA

For more on the Magnolia State, read about the atmosphere and strategy at other Mississippi properties in interviews with the sportsbooks managers at the Horseshoe Tunica and the Golden Nugget Biloxi.

A good segue to William Hill’s Friday announcement that it has deals (pending regulatory approval) that will take its sportsbooks into 11 of the other Mississippi casino properties. The company has also partnered with one yet-to-be-named West Virginia casino and teased a larger partnership that would put it into 14 more states.

Now back to MGM for the news on Tuesday of its partnership with the National Basketball Association. Yes the NBA has an “official gaming partner.” It’s a rumored 3-year, $25 million deal that will have some flexibility, but at the outset, will allow MGM to use the league’s “official” data for its sports betting products/materials. MGM will also have use of the leagues’ trademarks for odds boards, signage, marketing materials… really this is more of a marketing arrangement.

Considering how much it costs buy naming rights for a stadium and how many casual bettors might be piqued by or attracted to the “official” status, that doesn’t seem a bad use of $25 million on a 3-year commitment. Some in the industry are displeased because the deal might legitimize the NBA and other leagues’ position that sportsbooks should use only “official” league data to grade wagers; yet, courts have held that sports scores and stats are public domain information and therefore not protectable.

Further on MGM — this week it announced a deal with regional casino operator Boyd Gaming. And now Boyd Gaming has a deal with FanDuel Group — with an eye toward establishing an online sports betting presence.

Back into the Northeast Corridor, DraftKings launched the first legal mobile sports betting app outside Nevada, with the app’s limited release (so far) in New Jersey. Here’s some more discussion/review about its functionality as observed post-launch.

Some of its pricing? Not so good. CEO Jason Robins took to Twitter to defend the prices with a spreadsheet, then backed away and deleted the tweet.

Only in a week like this could another Atlantic City sportsbook opening get almost completely lost. But hats off to you, Harrah’s Atlantic City, now open for business after another Caesars Entertainment property in AC began taking wagers (Bally’s). (Read about Caesars Q2 earnings here.) (And MGM’s here while we’re at it.)

There was also a minor development in Pennsylvania, where sports betting things will remain in park until a new set of regulations surface around mid-August: Parx Casino outside Philadelphia will use GAN for its sports betting software/tech when the time comes.

There’s a big difference between video and numbers.

And finally, while the NBA appears to have softened its pursuit of the “betting right” and/or “integrity fee,” MLB lobbyists/officials are still pounding away, this past week at the National Conference of State Legislatures (NCSL)

“What we’re asking for, MLB and the other leagues, is a very small fraction” of money, Bryan Seeley, a senior vice president of Major League Baseball, told legislators at a forum on sports betting at the (NCSL) annual meeting. “We’re not looking to take money away from state tax revenues.”

Not looking — but willing! And as we know, fractions and specificity matters. Not surprisingly, the state legislators want states making decisions over sports wagering laws, not Congress, which is where MLB may bring its appeal.

The weekend reading and other most interesting and important articles in gaming, sports betting and sports. 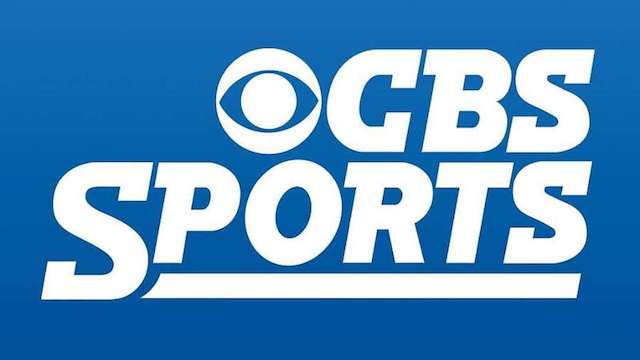 Elsewhere in the World of Sports: 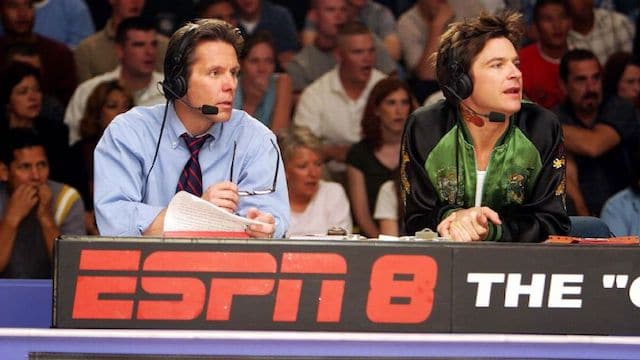 BOLD MOVE: ‘Dodgeball’ director on how ‘The Ocho’ joke wrote itself [ESPN]

NO, REALLY: The Browns are the most interesting 0-16 team in NFL history [Ringer]

GET READY: Evan Silva breaks down every NFL team from a fantasy perspective [RotoWorld]

The NBA has reached a deal with MGM Resorts to provide data to bettors.

Commissioner Adam Silver was asked if the partnership was appropriate after MGM sued hundreds of victims of the Mandalay Bay attack in a bid to avoid liability.

"Sports betting deals should be done through contracts – not statutory obligations. Today’s announcement highlights the symbiotic partnership between casino gaming companies and sports entities. We anticipate this is the first of many to come," said @SaraSlaneAGA @GamblingComp

I guess there are worse ways to randomly see your name show up on TMZ! 🤷🏻‍♂️

ICYMI: This is happening. pic.twitter.com/75S3Bq8iJx

LeBron James – the best player in the NBA – OPENED AN ELEMENTARY SCHOOL today for at risk kids. Negative always sells better than positive, but this should be the lead story on every single sports website, not only for what he did, but for the example he’s set for other athletes.

The multi billion dollar sports betting industry is rapidly changing. Looking forward to working with @brentmusburger and his team at @vsinlive to make credible stats and analysis accessible to everyone. https://t.co/iQ6be9Hrcc

Pitching coach Dave Eiland is out to chat with Jose Reyes on the mound, with the Mets trailing, 25-1.

In other baseball news… the “we are going to be serious contenders in 2019” #Mets are trailing 24-1 to the Nationals.

I thank the good lord for making me a #Yankees fan.

As newspaper corrections go – this one is quite a classic pic.twitter.com/9N6XAI0nlK