Get A Grip —The Week In Sports Betting: Arizona (Pre)Launches, ESPN-Disney Seek $3B For Sportsbook Licensing, Canadian Provinces Live

The state du jour is Arizona, which is generating a lot of industry excitement and also consternation among operators. The dual sentiment is due to both the unique nature of the opportunity in the state and the somewhat guarded way the Arizona Gaming Department has proceeded with its application and licensure process.

Late Friday, following days of a slow trickle of announcements from operators themselves, the ADG finally publicly released a list of the applicants that received event wagering licenses. The full list is 18, which means it’s shaping up  to be quite a shotgun launch come Sept. 9, when each of them may officially take bets. Meantime, they will prepare by inviting new customers to take advantage of pre-launch sign-up offers.

The full list is here in Jill R. Dorson’s story. Here’s a portion of it showing the pro sports leagues, teams, and their partners. The ADG approved applications from all four major professional sports franchises, NASCAR, the PGA Tour, the WNBA, and the Indoor Football League (IFL):

The primary intrigue about Arizona’s market stems from the clean-slate nature of the state: DFS was legalized at the same time as sports betting (and DFS operators were officially allowed to go live today, by the way), meaning that nationwide market leaders DraftKings and FanDuel have not yet had the ability to fully assemble the kind of database that they have in other jurisdictions, which would have given them an instant line to likely bettors and thus a leg up. So Arizona is a good case study as to what happens when that advantage is marginalized.

Meanwhile, the number of potential licensed sportsbooks is 20 — 10 in connection with professional sports teams/franchises and 10 tied to Native American tribes. And that is another source of controversy, as the Yavapai Prescott Indian tribe on Thursday filed a lawsuit against Gov. Doug Ducey and Arizona Department of Gaming Director Ted Vogt, alleging state lawmakers illegally passed the state’s new event wagering law in April, violating the state’s Voter Protection Act, as it permits non-tribal gaming operators to gamble outside of tribal land. To be determined whether this slows the planned Sept. 9 launches.

Elsewhere in Arizona, Fubo Gaming, which is incubating its yet-to-launch sportsbook that so far has market access for five states, also announced that it had reached a market-access agreement through a partnership with the Ak-Chin Indian Community.

WSJ EXCLUSIVE: ESPN is seeking to license its brand to sportsbooks for at least $3 billion over multiple years, people familiar with the matter say, hoping to cash in on the growing online gambling sector https://t.co/ANWoHThj0M

To quote Agent Smith of The Matrix, the news on Friday of ESPN’s deeper lean into sports betting is the sound of inevitability.

As touched upon here, the Disney-owned ESPN, far and away the most valuable sports media brand name, has been slow and cautious in its approach to legal sports betting. Even more so than the pro sports teams it pays billions each year to for broadcasting rights, including the NFL.

ESPN has long discussed sports betting from an editorial perspective at least, mainly at its criminally understaffed “Chalk” vertical where respected reporter David Purdum, also a part of the network’s Daily Wager TV programming, holds down the fort. Chalk was previously the turf of ESPN editor Chad Millman, who took a shot at launching The Action Network, which in June was acquired by Better Collective (also Sports Handle’s owner) for… $240 million. The shot landed.

Anyhow, ESPN’s $3 billion dollar vision here, to license the Worldwide Leader’s brand for a sportsbook, is only one stop short of running a sportsbook itself, in-house. Until now, ESPN had partnered with a pair of sportsbooks — DraftKings and Caesars — allowing integrations and referral link-outs on various ESPN platforms, appearing everywhere from SportsCenter to its box scores.

ESPN deal in a nutshell:

How much more business do you have to write just to cover incremental cost over term of deal?

And would need more to show a profit…

Then you have to rinse and repeat… ☕

But here’s a key section in the Wall Street Journal report: “There is no guarantee ESPN will reach a deal. It remains to be seen whether gaming companies have an appetite to pay for the ESPN name when they are already investing to establish their existing brands.”

And they have invested a lot! Some of it is already for visibility ESPN.

So, we shall see. Whatever walls separating mainstream sports and legal sports betting that remain are showing cracks. And when too much sports betting bleeds through, it’ll be time for a cleanup crew and mason of good taste.

More top stories from around our network this week

So what is the wrap on single game betting being legalized in Canada today? 🇨🇦

Losers: Alberta/Quebec. Why would they not launch today too?

Waking up to a nice surprise this morning in Ontario. That’s -112/-105 for those who speak American. pic.twitter.com/UCQxDjXRSA

Hey Yo DraftKings: It’s Time To Fix Your NFT Marketplace, Or Shelve It Until You Do

MD Lottery and Gaming Dept. opened a 30-day public comment period on sports betting rules today. Comments can be made via an online form, e-mail, or snail mail through 11:59 p.m. Sept. 27. The application process is not yet open…

Better Collective has overtaken Catena Media as the world's largest online gambling affiliate company (on a rolling 12 month basis). Major expansion in the U.S. has been acclerated by the acquisitions of Atemi Group in Oct-20 and @ActionNetworkHQ in May-21. pic.twitter.com/YMmqitH6ud

“A survey from the National Council on Problem Gambling ⁦@NCPGambling⁩
has found that younger Americans increased their gambling during the coronavirus pandemic, with 53 percent of those under 35 admitting to spending more time gambling.”
https://t.co/6FHOKYzqVz

SMART MOVE: Oregon Lottery taps DraftKings to take over as its sportsbook platform [The Street]

MONEY TALKS: Another look at the NFL’s turnabout on betting  [Seattle Times]

AHEAD OF THE CURVE: Betting isn’t legal in MA yet, but MGM is ready, anyway. [WAMC]

WHAT’S IN AN INTEGRATION: On the convergence of sports broadcasting and betting. [CDC Gaming] 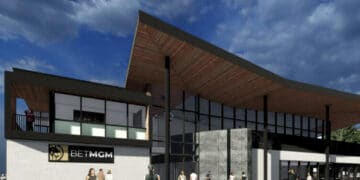 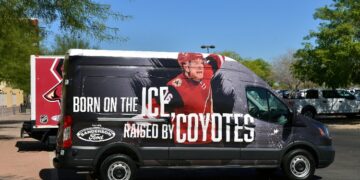