Get A Grip: The Week In Sports Betting: Bovada Bouncing From New York; Sportsbook Officially Opens At Capital One Arena, California Choice, Connecticut Deal, Much More 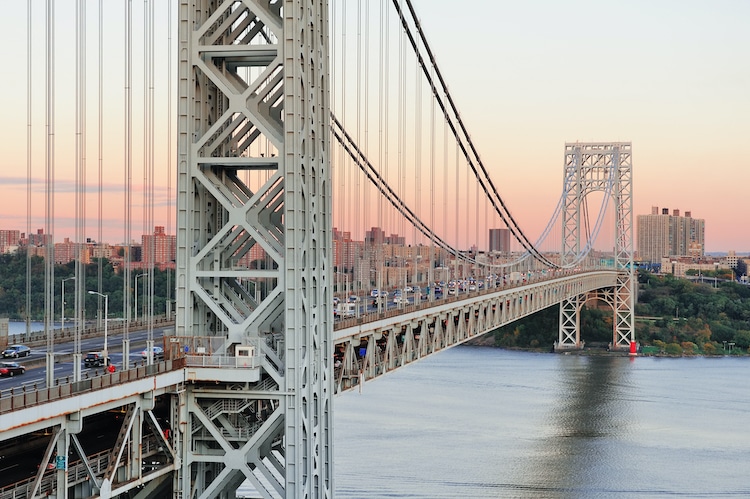 It’s information overload everywhere, and there’s not time enough to sleep and eat and stay fully apprised of what’s happening on this crazy blue dot of ours (two out of three ain’t bad). Here’s the weekend (or fashionably late) Sports Handle item, “Get a Grip,” recapping the week’s top US sports betting stories, highlighting some fresh news, and rounding up key stories.

The folks at Bovada, the U.S.-facing version of the Costa Rica-based, international sportsbook and online casino Bodog, apparently decided it’s better to leave the party on one’s own volition than get tossed out, or potentially mortally wounded, trying to keep the good times rolling.

One of the biggest offshore sportsbooks illegally accepting wagers from players across the U.S., Bovada sent email notices to its New York-based clients and/or subscribers about its intentions, beginning as early as May 20:

Bovada just sent out an email to everyone in NY with accounts that it’s stopping all transactions for NY residents in June 21 because of new legislation that it says is too restrictive. I would never have an account or gamble on sports but here’s the email. pic.twitter.com/BrzRTgyAzY

“Decisions of this nature are made on a state-by-state basis and with consideration of several factors; the most critical being the future climate of online gambling in New York,” the message says, before referencing how New York had indeed joined the growing ranks of states to legalize online sports betting when the legislature and Gov. Andrew Cuomo did so in April through the budget process.

When the bidding process for New York's mobile sports wagering platforms begins in July, DraftKings and FanDuel will enter as the favorites.@MattRybaltowski previews the nebulous but important situation.https://t.co/ZRdZ4dIzGa

The exact nature and size of the forthcoming state-sanctioned sports betting market remains unclear, due to the agita-inducing language about which entities may participate in the sportsbook marketplace and under what conditions. But distilled down, it appears at least four sportsbooks brands will be available to New Yorkers, hopefully by the time the Super Bowl comes, and New York State is expected to receive about 50-55% of gross revenues generated by the sportsbooks that gain a license.

The drop-dead date for New York-based Bovada customers, after which no new bets will be taken, is June 20. In the interim, folks in New York may use existing funds in their accounts, but cannot make new deposits or bet on an event that will settle after June 20.

The next major date in New York’s march toward legal sports betting is July 1. By then, the New York State Gaming Commission will release its Request for Applications (RFA) to become a “provider” or operator (or both) in the state. A draft of the mobile sports betting regulations will be made public on or before July 1, too. In other words, the timing of Bovada’s farewell is no coincidence.

Gov. Cuomo, from the outset of negotiations, has made it clear that his office doesn’t give a damn about the profits of private sportsbook operators or, really, what’s best for the sportsbook consumer — holding above all else the pure potential financial upside for New York, which his office figures is around $500 million annually. Ultimately, this vision of legal sports betting is the one that prevailed, much as New Yorkers would have preferred a carbon copy of New Jersey’s flourishing, competitive market.

The point is, Bovada does not want to become the example (i.e. captioned in the criminal complaint) for offshore sportsbooks willing to stick around at a time when New York State coffers and its taxpayers have a direct, vested interest in where folks with an Empire IP address place their bets.

Elsewhere in Albany politics and investigations around possible malfeasance or corruption, did you catch wind of the new tale involving lobbyist Patrick Jenkins, who has longstanding ties and former aide to to Assembly Speaker Carl Heastie, a key figure in the state’s sports betting negotiations. According to the New York Times, the public corruption unit of the U.S. attorney’s office in Manhattan is “scrutinizing the work of” Jenkins.

Among Jenkins’ firm’s many clients are DraftKings and its partner del Lago Resort & Casino in Waterloo, N.Y.  From theTimes:

Among the Jenkins clients that have received subpoenas are DraftKings, a fantasy sports and betting platform, and del Lago Resort & Casino, located in Waterloo, N.Y., people with knowledge of the subpoenas said. But there was no indication that either firm, or any of the clients, are targets. Investigators have sought communications between Mr. Jenkins’s firm and his clients, as well as the lobbying firm’s contracts.

Targets or only tangentially related, it’s not a terrific association right now.

"We want to thank the legislature & Gov Cuomo for the progress made in bringing legal, regulated mobile sports betting to the State. We look forward to learning more as the process" unfolds.

DK obv. is a front-runner for market access pic.twitter.com/2rK21JsxoP

Last year during one of the heights of the COVID-19 pandemic in the U.S., the home of the NHL’s Capitals and NBA’s Wizards gained the distinction of becoming the first U.S.-based pro sports arena to house a sportsbook, but at the time only ticket windows were open.

On Wednesday, the sportsbook opened in earnest with a ribbon cutting. At least for the sake of record-keeping, it feels more like a technicality than a milestone, but in reality, it’s a big deal. And a pretty damn big space. And it might be incredibly confusing for a time traveler visiting the arena from 2016.

Writes my colleague Chris Altruda for US Bets:

William Hill has been taking wagers at Capital One Arena since last August, setting up a temporary location near the will call ticket area. Now, bettors will be able to make their picks in a two-story, 18,000-square-foot venue dedicated to sports betting, complete with 17 windows and 12 self-serve kiosks at the 20,356-seat arena.

The sportsbook also has 5G for WiFi purposes and a sports bar with a menu crafted by Michelin-starred chef and Maryland native Nicholas Stefanelli. It has 100 television screens, including four hanging from a replica of the Jumbotron in the arena as well as a 1,500-foot LED screen.

This marks the 1st ever sports betting venue to operate within a pro sports arena in the U.S. with a restaurant concept by Michelin-star Chef Nicholas Stefanelli. pic.twitter.com/v5YDujXfVR

It is also amusing, as at least one Twitter traveler notes, that Caesars Entertainment recently closed its acquisition of William Hill, and will ditch the brand’s name in the U.S., while in this ceremony dignitaries unveil a William Hill-branded sportsbook and physically cut through the words. But the actual sportsbook space and its operation will outlive the name, and that’s one area where the sportsbook currently known as William Hill has excelled.

More top stories from around our network

Colorado — And The Future Of Fixed-Odds Wagering In Horse Racing

Fantasy Sports Legality Under Attack: ‘The Industry Needs To Be Vigilant’

Connecticut's Gov. Lamont signed on Thursday, making it the third state in May to legalize, and the sixth since April 5 — (in order) Wyoming, Arizona, New York, Florida, Nebraska, CT. https://t.co/KRZu9ySSSZ

NOW, UP TO FEDS: Florida gaming compact signed into law by Governor [IGB]

SIGNED, THE MGMT: BC’s acquisition of Action is complete [IGB-NA]