Georgia's Stacey Abrams has emphasized legal wagering in her campaign

by Bennett Conlin
in Politics 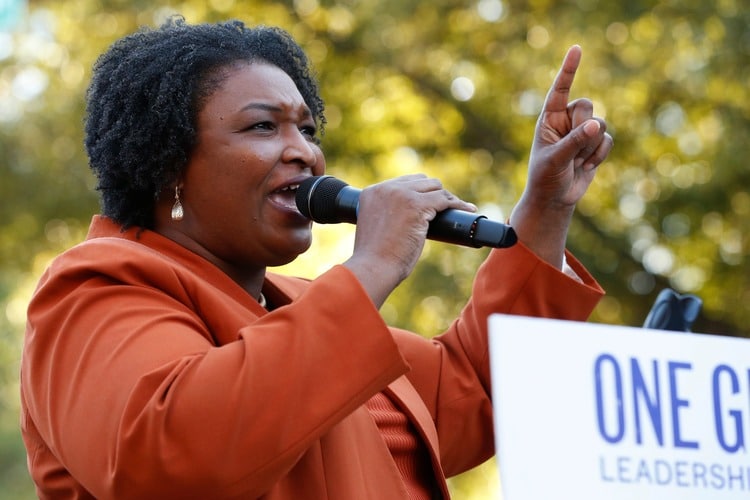 Election Day is next Tuesday, and gubernatorial candidates across the country are aggressively campaigning in the final few days before voters hit the polls. And while it’s hardly the No. 1 priority of most political candidates, legal sports betting has come up as a talking point on the campaign trail.

Count Texas Gov. Greg Abbott among those to say they’d be willing to expand legal gambling, while Abbott’s opponent, Democrat Beto O’Rourke, has long been on the record as a proponent of legal wagering.

“We don’t want slot machines at every corner store, we don’t want Texans to be losing money that they need for everyday expenses, and we don’t want any type of crime that could be associated with gaming,” Abbott told the Fort Worth Star-Telegram. “But if there is a way to create a professional entertainment option for Texans, I’d take a look at it in the coming legislative sessions.”

Not exactly the strongest language from Abbott, who clearly has some apprehension about widespread legal gambling in Texas. Still, his answer gives some hope to Texans eager to legally wager on sports one day.

While Abbott tiptoes around the issue, Stacey Abrams has taken a different approach in Georgia. Abrams supports legal sports wagering, and she even took out TV ads in the state to contrast her stance on the issue with that of Gov. Brian Kemp.

Abrams wants to tax gross sports wagering revenue at 20%, the same rate as Tennessee. The tax revenue would be used to fund need-based financial aid for Georgia students and make technical college free.

“Georgia must provide a pathway for students to secure higher education, especially those who are blocked from receiving this life-changing learning because they can’t afford it,” Abrams said in an August press release. “I know firsthand how much of a difference access to higher education can make toward building future opportunity. Right now, Georgia is the only state in the South without need-based financial aid. My plan will change that while providing a permanent stream of revenue that can be used to provide critical financial aid and make technical college free, all without raising taxes and while we grow our economy.”

Georgia’s professional sports teams have long supported the implementation of legal sports wagering, believing it helps increase fan engagement. Abrams trails Kemp across multiple polls, and it’s unclear how much influence the governor could have in convincing the legislature to move toward legalizing sports betting.

Joe Cunningham, a Democratic candidate for governor in South Carolina, wants the state to legalize sports wagering. He shared that view in a February press release.

“It is time to give South Carolinians the same freedom people in 30 other states enjoy and finally legalize sports betting,” Cunningham said in the release. “This is about freedom and generating new revenue for our state to tackle our biggest challenges.”

Cunningham went on to call legal sports betting a “no-brainer” for South Carolina. He’s behind Republican Gov. Henry McMaster in multiple polls, and it would be a surprise to see Cunningham win the election.

The Seminole Tribe of Florida has donated to the campaign of Gov. Ron DeSantis , who approved a sports betting deal giving the tribe exclusive rights to offer legal wagering in the state. The update to the tribal compact with Florida is currently in court, and a resolution doesn’t appear imminent.

Republican Gov. Kay Ivey, who is expected to win reelection, wanted lawmakers to enact referendum legislation this year that would give voters in the state a chance to weigh in on legal betting.

“I was disappointed that they did not get the gambling bill passed,” Ivey told local news stations. “Not that I am so much for gambling, but I do think the people of Alabama ought to have the right to make that decision. I wish that had passed the legislature so that people could vote it up or down in November.”

There’s often widespread disagreement among state legislators about what legal gambling should look like in Alabama. Ivey is willing to let voters decide when it comes to the future of legal sports wagering in the state.

Gov. Kevin Stitt, a Republican who’s expected to win reelection, previously told The Tulsa World that he’s open to bringing legal sports betting to the state. But he’s had tense relations with the state’s tribes, which is not a great sign.

Stitt’s challenger, Joy Hofmeister, has a better relationship with the tribes, but she hasn’t used sports betting in her campaign.

Minnesota has considered and failed to pass legal sports betting legislation multiple times. There’s often a disconnect in the House and Senate between which entities — tribal casinos or racetracks — should control sports wagering. 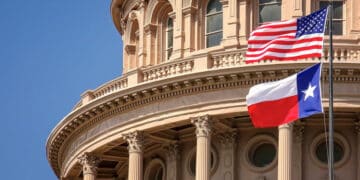 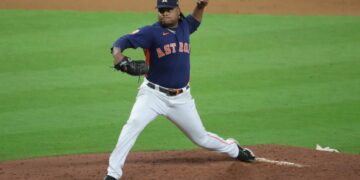