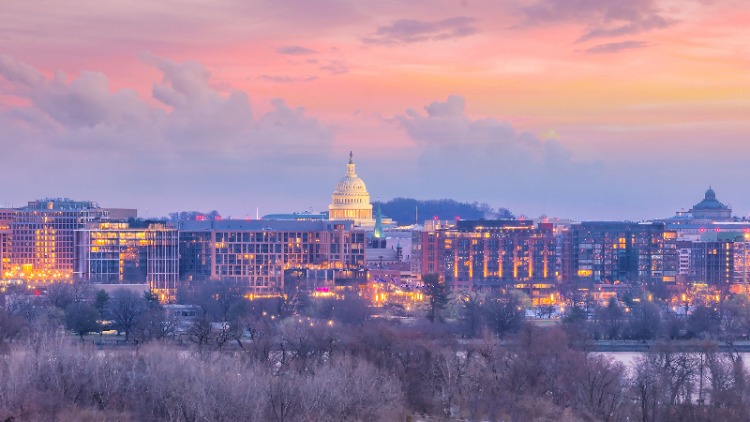 According to WTOP, August, who has plans for an independently owned sportsbook in Washington, D.C., is moving on from the Capitol Hill location he was targeting after pressure from a local neighborhood association. The location was the second after August scrapped plans for locations in Adams Morgan earlier in the process.

Handle 19 withdrew its application for a liquor license with the Alcohol & Beverage Control Administration on April 1. A hearing for the license was scheduled for later this month, and members of the local neighborhood association, ANC6B, were expected to protest.

Besides looking for a new location, August and his Handle 19 team are reworking the application for a sports wagering license after withdrawing the initial application from consideration with the D.C. Office of Lottery and Gaming earlier this year. August’s struggles illustrate the challenges that small businesses face in trying to get into a market dominated by massive national players like DraftKings and FanDuel and international operators trying to gain a foothold in the U.S. like PointsBet and Unibet.

“Today, Handle 19 made the difficult decision to withdraw its application for a liquor license at 319 Pennsylvania Avenue SE,” August said in a statement. “Handle 19 was looking forward to being a responsible and engaged part of the Capitol Hill community and to revitalizing a space that has sat vacant on Pennsylvania Avenue for several years. The project would have created at least 25 hospitality jobs in the midst of a pandemic that has hit that industry, and its workers, the hardest.

“It is particularly disappointing that the local neighbors and ANC6B fought so hard to undermine a small and minority-owned business, and spent thousands of tax payer dollars to achieve such a goal; money that could have gone to much more productive causes, including grants for small businesses on Capitol Hill.”

Handle 19 back to square one?

Washington, D.C., lawmakers legalized sports betting in 2019, but the rollout has been slow. To date, the only option for mobile wagering across the District is through the OLG’s GamBetDC, while William Hill last summer became the first operator to open a physical sportsbook in a professional sports venue.

William Hill, looking to further dominate sports betting in the District, launched an app for mobile wagering that is operational in a 2-block radius around Capital One Arena.https://t.co/Qav6GLzZvr

For Handle 19, the latest change in plans comes just over a month after withdrawing its application with the D.C. Lottery. Handle 19’s camp suggested that the OLG asked that the company rework its corporate structure, but an OLG spokesperson at the time denied that claim.

The OLG on Jan. 28 issued the following executive order: “Based upon the information contained in the application and the results of the due diligence background investigation, on January 4, 2021, the OLG’s Director of the Regulation and Oversight Division issued a Memorandum recommending the application be denied after determining Handle 19 did not meet the requirements for licensure due to investigative findings related to individual qualifiers.”

Either way, August lost his $100,000 application fee, but he has plans to reapply in the future.

With regard to the Capitol Hill location, which would have been in the southeast quadrant of the city, August has been at odds with the neighborhood association for months. The group is not comfortable with a sportsbook opening in a multi-use area that also includes schools, churches, and private residences. The neighborhood is also home to several popular bars and a liquor store. August had hoped to convince residents that his sportsbook would help to make the neighborhood more vibrant.

“This is what many neighbors wanted –- they believed this was not an appropriate place for a gambling establishment,” ANC6B Chair Brian Ready told Capitol Hill Corner. “I would call this a win in the short run but maybe not in the long run, given the way the city council and DC Lottery has set this up.”

That said, August and Handle 19 will seek another location in the D.C area. He’s also hoping to open sportsbooks in neighboring Virginia and Maryland, where he testified at a hearing in March.

“While the project has suffered an unfortunate setback, Handle 19 still plans to move forward at another location and is in the process of exploring new opportunities,” August said in his statement. “This is not the end, it is simply the end of the beginning.”

A second independent sportsbook has submitted an application in D.C., one of only a handful of jurisdictions that has a reasonable enough application fee to make it viable for an independent to apply.

A&B Hospitality’s Grand Central Sports Bar and Capo Deli have partnered with Newgioco for sports wagering services and are also in the application process. Grand Central and Newgioco both submitted applications in November and are under review, according to the April 2 update on the OLG website.

The only independently owned sportsbook that is operating anywhere in the U.S. is Tennessee Action 24/7, which is owned by the same company that owns a flex-loans business and is currently in a legal dispute with the Tennessee Education Lottery.

The TELC suspended Action 24/7’s operating license for about a week at the start of the NCAA Tournament. The application fee for a sports betting license in Tennessee is $750,000. 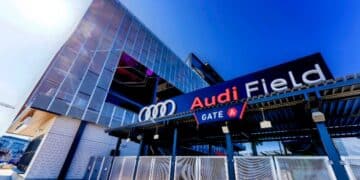