For the fifth time in the last six weeks, the Empire State sports betting handle settled between $300-$325 million 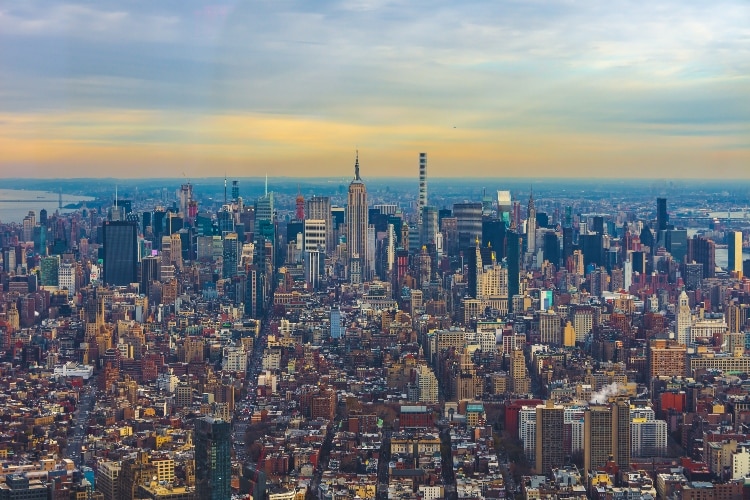 New York sports bettors have picked up the pace since the summer lull, but the return of the NFL season hasn’t quite led to the wagering numbers some in the industry were anticipating.

The weekly handles this fall have been in line with the spring but remain far short of the earliest days of legal New York mobile sports betting, when the week’s tallies routinely surpassed $350 million. For the week ending Oct. 16, the nine regulated sportsbooks in the state reported handle of $323 million, according to the New York Gaming Commission, the fifth time in the last six weeks the number has settled between $300 million and $325 million.

In the high-flying early days after the Jan. 8 launch, handle exceeded $400 million in four of the first five full weeks.

Another aspect of sports betting in New York that has settled into a fall pattern: high hold rates. Gross gaming revenue for the week was $37.2 million, a hold rate — or loss rate for bettors — of 10.5%. The nationwide hold rate for sports betting typically is around 7.2%, but New York has had double-digit hold rates in nine of the past 12 weeks.

New York sports bettors placed $1.26 billion in wagers in September, the highest monthly handle since May, but below the $1.5 billion mark the state generated in each of its first three months.

Last week’s handle was up about 1.2% from the week ending Oct. 9. The relatively modest fall handle numbers could be a result of diminishing sign-up bonuses or, as some in the industry have suggested, is a symptom of the 51% tax rate on GGR, which is tied with New Hampshire for highest in the nation. Efforts by New York legislators Joseph Addabbo Jr. and J. Gary Pretlow to add operators and consequently reduce the tax rate didn’t make the current fiscal-year budget, but figure to come up again when the legislature reconvenes in January.

Sportsbook operators have complained that the high tax rate has discouraged them from offering promotions that they routinely offer in states with lower tax rates.

All told, New Yorkers have bet $12.26 billion on sports since the state launched regulated mobile gambling, making New York the sports betting capital of the U.S. Operators have hauled in $994 million in gross gaming revenue, translating to a hold rate of 8.1% and $507 million in tax revenue since launch.

In July, Gov. Kathy Hochul’s office projected $357 million in tax revenue for fiscal year 2023, which began April 1, an estimate that still could prove low. New York sportsbooks have paid $212.6 million in taxes since the week that started March 28, and there are nearly 5½ months left in the fiscal year, including 12 more weeks of NFL regular season games.