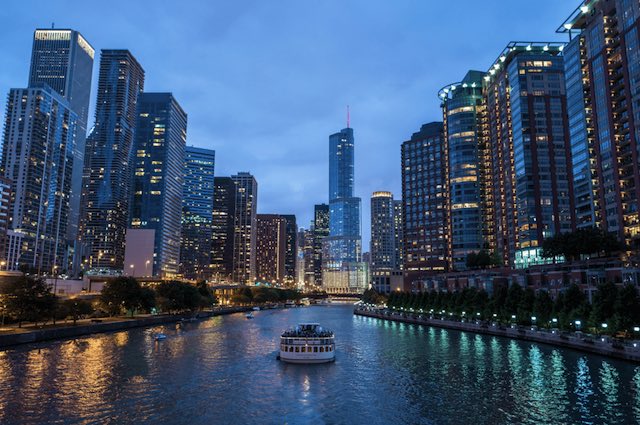 If anything became clear from Wednesday’s Joint Committee on Revenue and Finance in Illinois it was this: Illinois lawmakers are eager to pass a bill legalizing sports wagering. The question — or questions — are what the bill will look like. During the four-plus hour hearing in Springfield, lawmakers heard from gaming stakeholders, representatives from individual cities and towns, pro sports players’ associations, Major League Baseball and the Chicago White Sox, various horsemen’s groups and racetracks, and those opposed to sports betting.

Questions from the bi-partisan panel of lawmakers almost exclusively focused on details, suggesting that many have already made the decision that legal sports betting is right for Illinois. But the devil is in the details, and when it comes to legalizing sports betting, there are many, many, many details.

The hearing was put together by Representative Bob Rita (D-District 28) and was the second of two in the last few months. Rita introduced SB 7 in 2017, and the bill has gone through multiple iterations and evolved into a comprehensive bill that contemplates online gaming and daily fantasy sports as well.

Illinois Sports Betting Is Coming — the Question Isn’t ‘If’ Anymore, It’s What It Will Look Like

But Rita’s bill won’t be the only one for the state legislature to consider going forward — Representative Lou Lang (D-District 16) who isn’t on the committee but presented testimony — promised to bring his own bill.

“I plan to propose my own legislation, I am on my third draft,” Lang said. “I will not be introducing a bill until it’s been distributed to all of the stakeholders and we have taken comments. It will include internet sports and fantasy sports, as well. But I caution you to do this right, rather than quick.”

“If you do it too fast, you make a real mess of this, as the state of Pennsylvania did,” Lang said.”Their tax rate is far too high because they didn’t understand how different sports betting is from other kinds of betting.”

And that was, in essence, the crux of Wednesday’s meeting. There were little in the way of surprises. Gaming industry representatives argued for legal sports betting, the NFL, Major League Baseball and NBA players’ associations argued for a “seat at the table,” protections for the athletes and for sportsbooks to be forced to use official league data, the White Sox and MLB continued to hammer for preserving the integrity of the game and for lawmakers to mandate the use of league data.

Interestingly, Lang, who said he’d spent much of the last month traveling the U.S. and learning about sports betting, said at the start of the hearing that he is conditionally in favor of paying a fee to the major professional sports leagues. No state with legal sports betting currently pays the leagues and, as was pointed out by an operator once again, tacking on yet another fee hinders a sportsbook’s ability to do business.

But Lang argued for paying sports leagues, though he said he didn’t want to pay the leagues just for the the use of their product.

“I don’t have a problem giving major league sports a fee, but I want to give them a fee for something,” Lang said. “I’ve told them that a fee should be for something we need … data, photos, marketing data, that would help us market sports betting in Illinois. I don’t want to pay them for nothing.”

Paying the leagues, whether through an “integrity fee” or royalty, will clearly be a contentious issue in Illinois. Five lawmakers introduced sports betting legislation during the 2018 session, and at least one of the bills included such a fee. During question and answer periods after testimony on Wednesday, several lawmakers addressed the fee, the details of paying for data, and integrity in general.

In fact, one of the more entertaining moments of the hearing came after Salerno ripped the NBA over integrity.

“We in Nevada have been doing this for 50 years … we are the integrity of the sport,” Salerno said. “This last NBA Final, I don’t know if you know this. LeBron James played with a broken hand for the last two games, but nobody told us. The NBA didn’t tell us. Where’s the integrity? How’s their integrity when it comes to the end of the NBA season when you go to see LeBron at the end of the season and he rests?”

One lawmaker jokingly shot back, “I think you’re sugar coating this too much.”

The Players Take Their Turn.

NBPA representative Clarence Nesbitt defended James and the league during his testimony, saying that player health issues are the business of the players, not the general public. But lawmakers asked myriad questions about what counts as “data” and the players’ associations quickly pointed out that “data” could be something as clear as the length of a home run or as personal as a player’s resting heart rate. Breaking down what data is, what data will be disseminated and how it will be shared was clearly of paramount importance not just to the players’ associations, but to lawmakers, as well.

Among the other riveting moments during the hearing was when Jim Ryan of Pala Interactive, who was representing iDEA Growth, shared the story of how he was able to log onto an illegal sports betting site from his Chicago-area hotel room on Tuesday night, and how the unregulated black market is a negative for all involved.

“I tried playing real-money gaming in my hotel room last night,” he said. “It was shockingly easy. … I found one, registered with my first name, my address and credit card. It was seamless. I put in $50, placed a bet on the Bears and then was offered multiple casino games, so I played some video poker. I terminated my session and then was told that when the charge showed on my statement, it would not show an online casino and if I came back, it would likely show a different company name, as well. There was no attempt to get my last name, my age, etc.

Ryan’s point was well taken, and Illinois legislators would certainly rather the see the revenue from Ryan’s transaction end up in state coffers. But Illinois lawmakers have been cautious about moving too quickly. Rita’s bill likely will be amended again, and Lang has yet to file. The state legislature could act on either bill as early as November during what’s referred to as a two-week “veto session,” but with the mid-term elections quickly approaching its more likely that Illinois will be a first mover in early 2019. 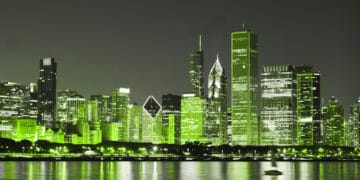 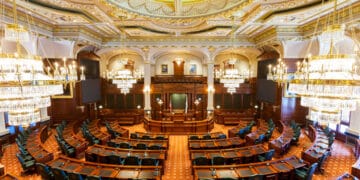