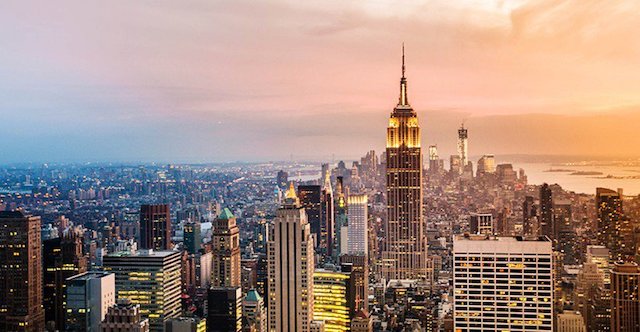 Tuesday’s election results and a recent New York State Supreme Court ruling are both likely to impact the ability of state residents to soon enter a full-fledged, regulated sports wagering market, according to a New York legislator and a prominent local gaming attorney.

New Yorkers have a “better than 50 percent chance” to be able to legally bet on sports in 2019, Democratic Assemblyman Member J. Gary Pretlow (89th District), told Sports Handle this week, despite the recent court decision that ruled part of the legislation legalizing Daily Fantasy Sports (DFS) was unconstitutional and would require voter approval in a statewide referendum.

Pretlow is the state lawmaker sponsoring a bill to legalize sports betting in the Empire State, and plans to bring it up again in the state’s next legislative session in January.

Legalization of Sports Betting In New York No Sure Thing in ‘19, Fraught With Moving Parts And A Potential State Constitutional Issue

Sleight and Pretlow were reacting to the election results and the recent New York State Supreme Court ruling that the state’s 2016 law allowing and regulating DFS contests, such as those run by DraftKings and FanDuel, directly violates a gambling ban in the New York State Constitution.

Assemblyman Pretlow, in office since 1993 and for the past ten years Chairman of the Committee on Racing and Wagering, said he believes the Appellate Court will not uphold the New York Supreme Court ruling and that in the two or more years that might take, sports betting will be “entrenched” in New York.

Pretlow also said that his bill — introduced in June 2018, it would legalize sports betting and approved mobile sports wagering platforms — may benefit from Tuesday’s elections in which the state’s Democratic Party gained control of both chambers of the legislature and the governorship for the first time in decades, with the re-election of Governor Andrew Cuomo. Holding both chambers and the governor’s mansion is colloquially known as a “trifecta.”

“I support [sports betting] under the right places, under the right conditions, and that’s something that has to be looked at and done intelligently, so there are not abuses,” Cuomo said during a gubernatorial debate.

There’s another wrinkle: In 2013, voters approved a constitutional amendment allowing up to seven commercial casinos in the state. The measure additionally addressed the issue of sports wagering in the event of the repeal of PAPSA, the 1992 federal law preventing individual states, except Nevada, from offering single-game sports betting. Of course, the U.S. Supreme Court in May ruled PASPA unconstitutional on states’ rights grounds. However, the 2013 law appears to allow only the new commercial casinos to open up shop for sports betting: Resorts World Catskills in Sullivan County, Tioga Downs in the southern tier, the del Lago Resort & Casino in Seneca County, and the Rivers Casino & Resort in Schenectady.

Pretlow was reluctant to speculate on exactly what Republican legislators might do, but said he believes his legislation is within the scope of the 2013 gambling referendum — and would not require another public vote. Pretlow and longtime State Senator John Bonacic, former Chairman of the Senate Racing, Gaming, and Wagering Committee, shared a desire to legalize sports betting in the 2018 session, but had some differences in the details.

One such disagreement concerned whether to pay a “royalty” to the professional sports leagues for wagers made upon their games. Ultimately the lawmakers settled in their sister bills on a royalty of one-fifth of one percent of amounts wagered. This year Bonacic did not seek re-election in the 42nd Senate District and Democrat Jen Metzger won the battle to succeed him.

“I believe we stand a good chance of getting this done, especially when I know New York residents are going to New Jersey to bet on sports,” Pretlow said. “It seems a little silly that New Yorkers can walk halfway across the George Washington Bridge or the Tappan Zee Bridge and bet on sports on their phones,” he added.

Industry publication Gambling Compliance reported in June that a New York state sports betting market could become the largest in the U.S., potentially surpassing the entire United Kingdom market by 2023. 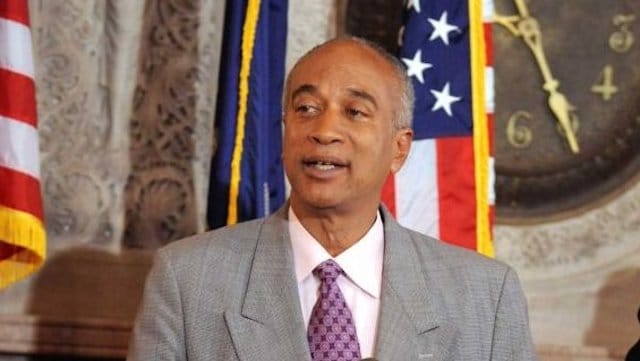 The Pretlow bill calls for the same 8.25 percent tax rate on licensees’ gross sports wagering revenue on bets made at both brick-and-mortar sportsbooks and online.

“I expect Gov. Cuomo is most likely going to include sports betting as a revenue enhancer as part of the state budget process and things will proceed from there,” he said.

Although Connolly ruled the games to be unconstitutional, he also said state lawmakers were within their rights to take DFS out of the state penal law, which penalizes illegal gambling.

It’s believed a stay will be issued, allowing the companies to continue to offer their contests in New York while the court proceedings move forward.

David Boies, an attorney representing DraftKings, told the Associated Press, “they’re studying the decision invalidating the regulatory structure and are committed to working with the legislature.”

Sleight told Sports Handle that the New York Supreme Court is not the court of highest jurisdiction in the state and other legal options remain for the DFS companies and the anti-gambling petitioners seeking to stop DFS in the state. He said although the state legislature passed new gambling laws to clarify just what was legal and what was not, and this issue (the constitutionality of DFS) was always out there and needed resolution.

“When DFS was sweeping the nation several years ago, [DFS operators] had a patchwork of laws in various states they had to deal with, one of which was in New York. The difficulty in New York was the narrow exceptions for gambling that were part of the New York State Constitution that only allowed for racing, a lottery and charitable games,” Sleight said.

This case started under previous New York State Attorney General Eric Schneiderman who believed DFS was unconstitutional and sued the companies accusing them of violating the state’s anti-gambling laws.

After an uproar from DFS players, the legislature decided to address this, but this case was always out there. “As most people know, you can’t pass a law that overrides the state constitution” Sleight said.

According to Sleight, the judge’s opinion is “very thorough” and clearly says the part of the legislation dealing with DFS “did not pass constitutional muster.”

From a legal perspective, the New York Attorney General by filing a Notice of Appeal, can avail the state of an automatic stay. When the proper paperwork is filed in Albany, then the Appellate Division will eventually get the case, Sleight explained.

“Simply because the government is the losing party in case, it means, by filing the proper paperwork, an automatic stay is granted,” he said.

“If you are a DFS player, this means that this decision and the impact of it is temporarily sidelined.”

In late 2016, Cuomo and state lawmakers approved a law allowing the DFS industry to operate in New York by affirming the contests are skill-based and not “games of chance,” which allowed the companies to reopen their operations to New York-based users, effectively ending the Schneiderman lawsuit.

According to the Connolly ruling, the legislature’s attempt to regulate the daily fantasy industry violates the State Constitution, which specifically bans “pool-making” and “book-selling.”

As to full-fledged sports betting in New York, Sleight believes that how Judge Connolly’s decision is viewed in the Appellate Court could impact whether New York voters will have to approve a new sports gambling amendment via referendum. “The legislature has said it is going to deal with sports betting in 2019 and will now have to deal with it in the context of this decision,” he said.

Both Sleight and Pretlow agree after Tuesday’s election, resulting in a “trifecta,” lawmakers are more likely to come on board with sports betting. However, contention could remain as to how much money lawmakers will want to take out of the business in the form of taxes.

Many, including Pretlow, believe state lawmakers must now address sports betting expeditiously because neighboring states such as New Jersey now permit legal, regulated sports wagering markets and are benefiting from tax dollars that go along with them. And now another neighbor, Pennsylvania, is on track to have several of its new sports wagering licensees open for business in the next few weeks. New York’s next legislative session begins in January, with Super Bowl LIII on the horizon.