Get A Grip: The Week In Sports Betting: Bill Would Alter IGRA, MD Moving? 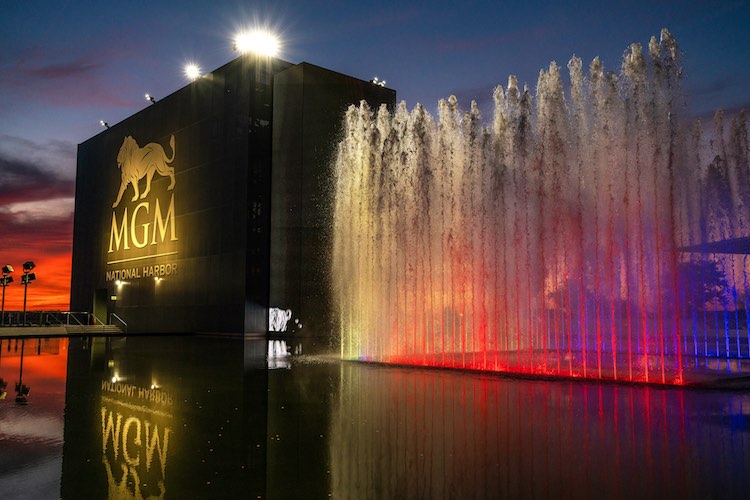 The first tribal sportsbook went live in New York in July 2019, however none of the tribal books offer mobile sports betting, because they are not clearly permitted to do so. The bill, which has been referred to the House Committee on Natural Resources, would change IGRA to reflect that a person placing a mobile wager doesn’t have to be located on Indian lands, as long as the bettor and “server or other computer equipment through which the sports wager is accepted are in the same State.”

The proposed text for Section J of IGRA is:

“(j) Subsection (b)(5) and subsection (c) shall not apply to a management contract entered into between an Indian Tribe and a person or entity to the extent such person or entity offers lawful sports wagering over the internet, including through an internet website or mobile application.”

The bill could help to smooth the way for tribal sports betting across the country, though many tribes nationwide have been resistant mobile sports betting. Michigan in late December became the first state with a significant tribal presence to legalize mobile sports betting, but in other states, including California, the tribes don’t seem to want a mobile component. In fact, the ballot initiative proposed by California tribes doesn’t include mobile.

A Maryland sports betting bill that was pre-filed in September is now scheduled for a first reading on the Jan. 8, the day the state’s General Assembly goes into session. SB 0058 calls for a voter referendum that would allow the Maryland Lottery and Gaming Control Commission to issue sports betting licenses. But as US Bets explains, the bill is only two pages long, does not include a mobile component, and doesn’t lay out any kind of structure for sports betting.

Maryland lawmakers have considered sports betting in each of the last two legislative sessions, but have yet to pass a law effectuating a ballot referendum to amend the state constitution, nor have officials coalesced around a plan to find a workaround.  Maryland, home of the MGM National Harbor Hotel & Casino, is surrounded by states with legal sports betting, including Delaware, Pennsylvania and West Virginia, three of the first to go live after the Professional and Amateur Sports Protection Act was struck down. The District of Columbia has legal sports betting, though it has not launched yet.

SITTING ON HANDS: Mass lawmaker says his state may not legalize in 2020. [Boston Herald]

Over 6,000 ppl registered to bet on sports in New Hampshire & more than $250k was wagered in 1st day of legalization. NH state lottery said many Massachusetts residents registered in NH. States like NJ & NH benefit while neighbor states are slow to change. https://t.co/wNxCAdMzTt

LIGHTS OUT: Nearly a year after sports betting was shut down, Wheeling Island sIS till dark. [Intelligencer]

SAYING GOODBYE: Don Larsen, the only pitcher to throw a perfect game in the WS dies. [NYT]

Hard Knocks 2020 will come down to the Pittsburgh Steelers and the Denver Broncos. Two heavyweights when it comes to fan bases. HBO can’t go wrong with either one.

Big-screen gems: A dozen gambling films to see from the last 50 years.