How many people still own a VHS player? 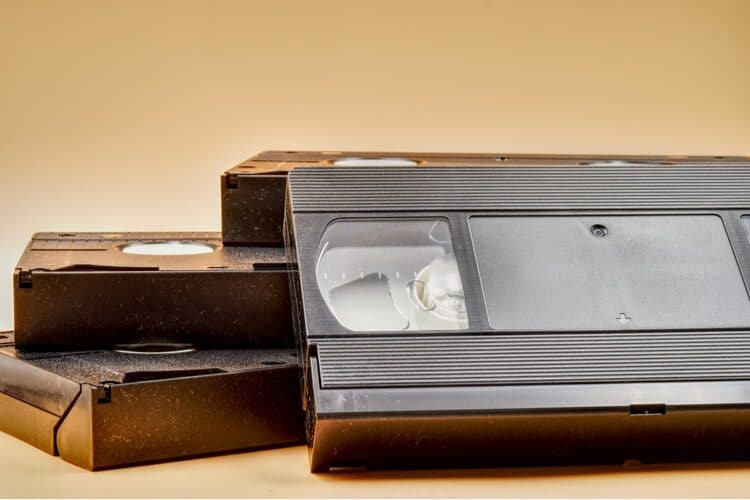 It’s well known that there’s a robust underground sports betting market in the U.S. In Georgia, authorities recently raided one such alleged operation, which is said to have operated behind a VHS rental store.

Those still exist? Maybe Blockbuster could have pivoted.

The state is a ways off from sports betting legalization. Georgia was among the states not seriously contemplating legislation in 2019, the year following the U.S. Supreme Court striking down the federal ban on full-fledged sports wagering outside Nevada.

Thus, running a sports gambling operation remains illegal in the Peach State — with a video rental store, mini-mart, a laundromat as a front, or otherwise. Authorities this month raided the alleged gambling business in Gwinnett County, outside of Atlanta.

Remember VHS rental stores? This one is still around, but police say it wasn’t for people to rent movies! NEXT AT 5:45: We'll show you the moment police busted the store for allegedly running an illegal gambling operation. pic.twitter.com/UaGnqnKa9n

The investigation into the VHS rental store began in January, per a WSB-TV report, with plenty of customers allegedly entering the business during the past several months. According to authorities, they never saw someone leave with a movie.

According to police, the most recent movie in the store was over a decade old.

“What one detective described to me was probably the most recent movie in there that was available to rent was an action movie from 2007,” a police officer told WSB-TV.

Authorities reportedly are still looking into the size and scope of the alleged illegal sports betting operation. The owner of the store, Boonlert Boonsawang, was arrested and later released on bond.

His store is now shuttered.

According to WSB-TV, local police actually suspected the VHS store of serving as a gambling front “several years ago,” but an apparent backlog of other more pressing matters delayed the crackdown.

Therein lies a great argument for legalizing and regulating sports wagering, as the state lacks the resources to effectively enforce the law against sports betting. The post-PASPA alternative is to bring the activity out the shadows (of VHS rental stores), license and regulate reputable sportsbook operators, and collect state taxes.

In addition to alleged local bookies such as Boonsawang, Georgians can access a multitude of offshore online sports betting websites. The annual underground handle in the state is in the hundreds of millions of dollars.

A sports talk show host in Atlanta recently summed it up well:

Kentucky Derby has the best website for betting on horse racing. https://t.co/315rubqTNT so easy to use… but we live in Georgia with clueless politicians who are missing out on millions in revenue from legal sports betting. So NOPE.

In March, a proposed constitutional amendment was introduced to allow voters to weigh in on the issue. The measure had the backing of six lawmakers in Georgia’s House, but it failed to gain any traction.

The proposed constitutional would have allowed brick-and-mortar facilities. Georgia doesn’t have any casinos, but for years there have been efforts to bring a casino to Atlanta.

Later in March, a bill was introduced that further fleshed out a sports betting plan for the state. It included the legalization and regulation of online/mobile sports betting.

The legislation, House Bill 570, was only able to get a single proponent, and it too didn’t gain any traction.

“Sports betting is a new tool in our toolbox”. Why a state lawmaker says he plans to push for gambling in Georgia. Story at 6:15. @wsbtv pic.twitter.com/CM5Fx5JPlh

Sports betting legalization in the Peach State could be years away. For now, Georgians will soon be able to travel up to Tennessee to bet online. The Volunteer State recently legalized the activity.