by Chris Altruda
in Legislation 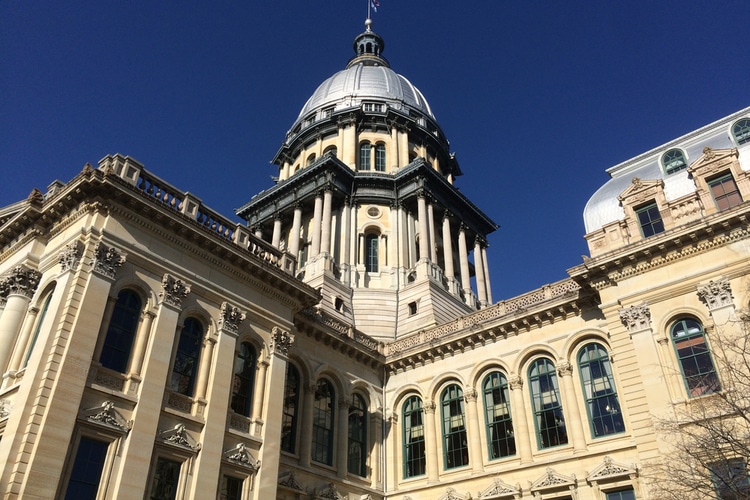 Looking to further the piecemeal approach that served gaming legislation well in the first year of the 102nd General Assembly in Illinois, two lawmakers have filed new bills this year looking to amend the 2019 Sports Wagering Act that legalized sports betting.

Last year proved to be a productive one for lawmakers in both Illinois and Chicago, though most of the action moving things forward did not take place on either front until late in 2021. State lawmakers passed HB 3136 during November’s veto session. It was signed by Gov. JB Pritzker in late December.

The key provision of the bill established March 5 as the day when remote registration can begin statewide and end the in-person registration currently required for mobile sports betting. The bill also allowed for a partial carveout of the ban involving wagering on in-state schools, though bettors who want to place such wagers must do so in-person at a sportsbook and are limited to making pre-game wagers.

The Chicago City Council approved an ordinance in December that lifted the home rule ban on sports wagering in the city, while also adding a 2% city tax on revenue from wagers placed within the city. When Pritzker signed the Sports Wagering Act into law, it set the state tax rate for adjusted gross revenue at 15% and included an additional 2% tax on revenue generated for all wagers that originated in Cook County.

In the first 11 months of 2021, sportsbook operators generated more than $490 million in revenue from more than $6.2 billion wagered in Illinois. The state collected $73.7 million in taxes while Cook County collected $5.5 million.

Rep. Daniel Didech last Friday filed HB 5376, which is aimed at helping the state’s Division I colleges and universities improve mental health services for student-athletes. Funding would also go toward monitoring sports wagering activities, compliance services for school staffs, and creating a line of communication between schools and the Illinois Gaming Board.

Didech’s bill calls for diverting 6% of the revenue that goes to the Sports Wagering Fund from college sports betting and allocating that amount — slightly more than $1.5 million — to a newly created Collegiate Sport Services Fund. Illinois sportsbook operators generated nearly $170 million in revenue from wagering on collegiate sporting events in the first 11 months of 2021, a figure that does not include collegiate events used in parlay wagering, which has resulted in $25.4 million in tax receipts.

The more controversial aspect of Didech’s bill could be a proposal to permit a Division I school to submit an exclusion list of student-athletes and university staff members to the gaming board. The list would bar those individuals from creating sports betting accounts and give the IGB the authority to request that operators close pre-existing sports betting accounts, if those individuals have them:

The schools would have the ability to update and edit such lists at their discretion.

Cunningham included language noting that the license “shall not be considered a property right” and that the license solely covers exchange trade wagering and “may not be used to allow a licensee to participate in other types of gambling.”

Currently, the only active exchange system of wagering in the nation is in Tennessee, where the peer-to-peer betting exchange Wagr began conducting business this month.

The legislative session began Jan. 4, but the rapid spread of the Omicron variant related to the COVID-19 pandemic resulted in days being canceled and legislators working remotely rather than at the state Capitol in Springfield. 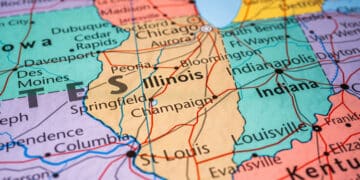