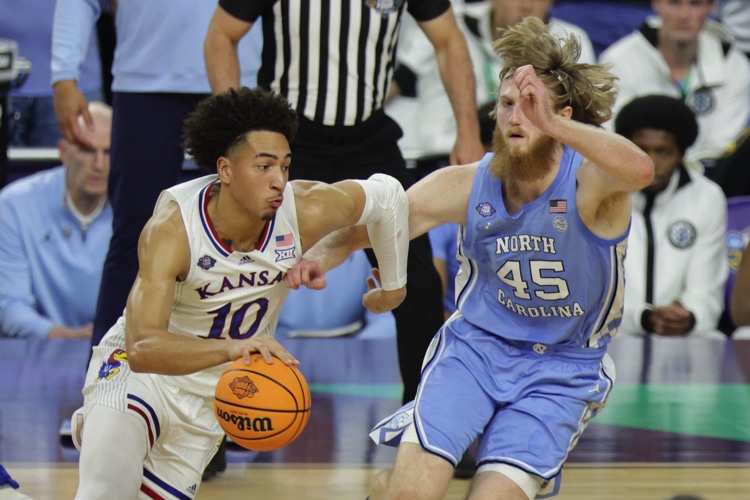 The Illinois Gaming Board reported a combined sports wagering handle of $286.2 million for the NCAA men’s and women’s basketball tournaments, with newcomer BetMGM making a strong entrance as the state’s seventh mobile operator.

The handle is significantly higher than 2021, when the IGB released a partial snapshot of figures that included a handle of close to $177 million and revenue of $14.8 million after tallying reports that included five of the state’s six mobile operators at the time. While the agency does not release specific handle and revenue totals for college basketball, wagering on all college sports in March 2021 totaled nearly $260.4 million.

Online wagering accounted for nearly 96% of the overall handle, in line with overall monthly revenue reports. Remote registration in Illinois began March 5, which also was when BetMGM began operations. Despite launching only nine days prior to March Madness’ First Four play-in round, BetMGM generated $12.7 million in handle, which was enough to top Caesars ($10.8 million) for sixth place.

When Governor JB Pritzker signed the gaming expansion bill in June 2019 that legalized sports wagering, in-person registration was required for a 540-day period from when the first licenses were issued. That period began in June 2020, but in-person registration was suspended for a significant portion of that span via executive order from Pritzker during the COVID-19 pandemic.

PointsBet cleans up on men’s tourney

Though PointsBet was a distant third in men’s NCAA Tournament handle with $26.2 million, the overall revenue haul of more than $5.7 million when including its retail tether Hawthorne Race Course and its two off-track wagering sites practically lapped the field. The track and two OTBs contributed nearly an additional $1 million in handle, as the overall win rate was an impressive 21.1%.

FanDuel, tethered to the state’s other horse racing track in Collinsville that it rebranded in March 2021, was second in handle at $69.7 million and generated the most in-game wagering among mobile operators with $25.2 million. The track chipped in more than $2 million worth of wagers, as the overall haul narrowly cleared $3 million for a 4.2% hold.

DraftKings was the only mobile operator to surpass $100 million in handle, getting over the bar by slightly more than $700,000. Its retail sportsbook at Casino Queen in East St. Louis, which underwent a $10 million expansion that was recently completed, accepted more than $2.4 million in bets. The combined revenue of nearly $1.8 million resulted in a paltry hold of 1.7%.

Rivers Casino in Des Plaines, the retail tether of BetRivers, paced all brick-and-mortar sportsbooks in handle with slightly more than $3 million. Usually a strong third in overall monthly online wagering in the state, BetRivers slipped to fourth with $24.7 million handle for the men’s tournament, while overall revenue was approximately $35,000 shy of $2 million.

Barstool Sportsbook was the last of the five operators to clear $20 million online handle at $21.9 million, but it and retail tether Hollywood Casino in Aurora combined to come out less than $11,000 ahead on men’s tournament action.

Retail wagering on the men’s tournament totaled close to $11.6 million among eight locations, with Par-A-Dice Casino’s numbers not included in the release. The two retail sportsbooks without mobile tethers — Argosy Casino in Alton and Hollywood in Joliet — combined to collect nearly $265,000 from $1.6 million wagered, good for a 16.3% hold.

A look at wagering on women’s hoops

Specific breakouts for wagering on women’s sports in general are rarely published, but the IGB’s numbers showed that bettors are willing to place action on both NCAA Tournaments. Handle for the women’s edition totaled $7.8 million, with more than 97% of that total originating online. In-game wagering represented 38% of handle, with close to $3 million in what Illinois labels Tier 2 bets being placed.

There were some upsets, as two double-digit seeds reached the regional semifinals. But the Final Four consisted of three No. 1 seeds and a No. 2 seed in eventual champion South Carolina, Louisville, Stanford, and Connecticut, all well-known programs to women’s college basketball fans and recognizable to casual followers.

That contributed to bettors limiting the house to just $143,861 in revenue, with three locations finishing in the red. PointsBet and Hawthorne took the biggest loss, as they paid out $39,150 more than the $653,820 in wagers accepted. Barstool and Hollywood Aurora finished $17,765 down on $653,564 wagered, which also made it the only operator to finish with an overall loss when combining both tournaments.

Hollywood Joliet was the other sportsbook to report a loss on the women’s side, paying out $9,968 on $8,071 worth of bets.

For mobile handle, FanDuel took top honors over DraftKings by slightly more than $11,000 as they were the only two to reach seven figures, with both clearing $2 million. Rivers came closest among the other five, finishing less than $50,000 shy of $1 million as all seven operators reported at least $595,000 handle. 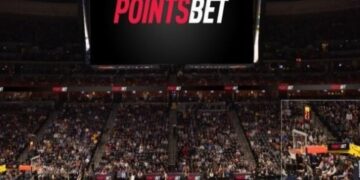